With the backlog of mediocre videogame movies, Mortal Kombat is the fresh start we've all been waiting for. 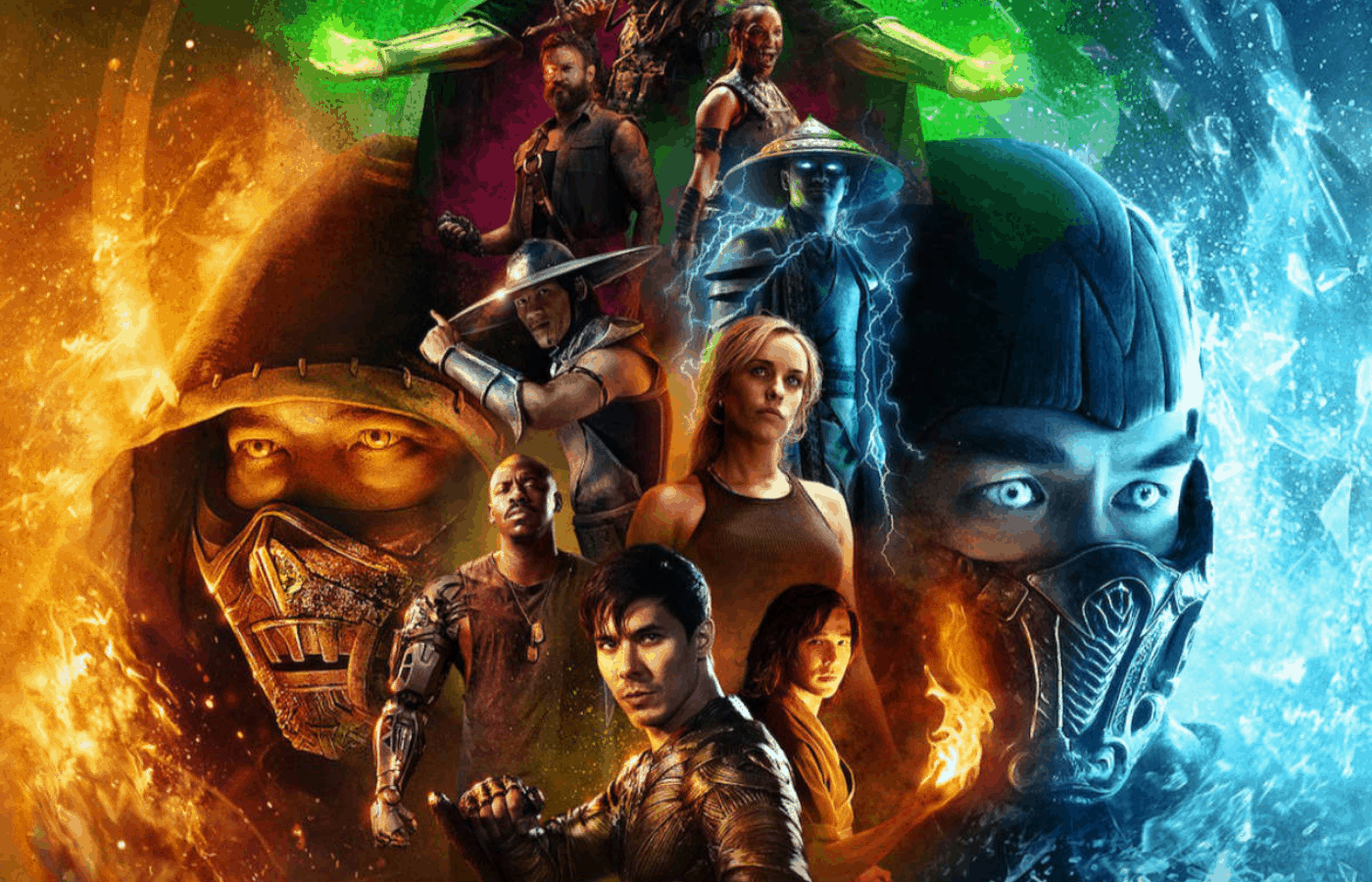 So lately video game movies have been getting a lot better huh? Rampage, Detective Pickachu, Sonic The Hedgehog, and now we have Waner Bros’ long overdue Mortal Kombat! A film that was in development hell for over a decade, this is the third live-action Mortal Kombat film after the first great and second horrendous 90s Paul W.S. Anderson films, this time a fresh start with three decades of games to inform this incarnation.

Now that it has been released both in theatres and on HBO Max, one must be cautious still as video game adaptations have a rock history. Luckily director Simon McQuoid, for his directorial debut, gave us MK fans a film that embraces what makes this franchise one of the most beloved gaming properties: outrageous amounts of gore and silly as hell mythos!

The film takes one of the elements of a good video game adaptation: a simple plot. The film follows an original character made for the film Cole Young (Lewis Tan), an MMA fighter who is being hunted by a mysterious ice-based assassin named Sub-Zero (Joe Taslim). It is not long after Cole is saved by other fighters such as Sonya Blade (Jessica McNamee) who inform Cole he is born with a birthmark that has chosen him to be a fighter for the interdimensional tournament Mortal Kombat. But the film’s central antagonist Shang Tsung (Chin Han) sends out warriors and monsters from his home realm Outworld to kill all competition so his world can win Mortal Kombat unimpeded.

The film is essentially a road trip film with Cole as our audience segregate. While this could’ve easily backfire and made any of the established characters unimportant, the character writing gives us enough from our heroes to make us invested and like them just as the games have. Some standout performances include Mehcad Brooks as the cybernetic Jax and Josh Lawson as the devious yet hilarious mercenary Kano. Even Lewis Tan managed to make Cole Young a likable protagonist as he essentially took that spot series mainstay protagonist Lui Kang (Ludi Lin) though Lui Kang is given his own character arc in the film.

The film also manages to change some major aspects of the lore without it feeling disrespectful to the overall franchise and even tries to make some fan-favorite characters more important to the story. This is mainly evident with how one of the central sub-plots revolves around the series mascot Scorpion (Hiroyuki Sanada) and his connections to Cole Young himself. The film is also funny as it has a self-aware edge on the silly aspects of the series, including the intentional misspelling of the series itself.

But the standout element of Mortal Kombat is the fights themselves. McQuoid perfect brings in all the iconic special moves and fatalities from the games without making them feel ham-fisted. Each fight feels viscous and the film makes it clear characters can and will die so it allows us to feel some suspense if our heroes will survive a fight. Though the standout fights have to be the film’s finally with Scorpion and Sub-Zero with both awesome effects and martial arts choreography and the brutal SFX battle of Cole Young against the four-armed Goro!

You Will Taste No Victory!

While Mortal Kombat is very entertaining, it has quite a bit of rough edges on this sharp blade. The most glaring issue is the writing as it is very awkward at times. Because the film is like a road trip movie, we are constantly introduced to new characters. While it’s most likely making sure we get to these fan-favorite charters as quickly as possible, it feels overwhelming at times and it makes it hard to latch on to some of them.

This is especially apparent with our antagonists as every time we see them we are introduced to a new character with little fanfare or reason why they’re here aside from maybe a line of dialogue or simply “they’re evil”. This especially hurts another of the film’s main villains Sub-Zero who has little motivation revealed despite his and Scorpion’s rivalry being an integral part of the story.

The dialogue also is clunky at times with characters saying lines from the games such as “Flawless Victory” that definitely feels forced and not earned/natural. The film as a whole is filled with Easter eggs that seem forced just to give a wink to the fans as well as the larger Mortal Kombat universe as a whole. It’s nowhere near as bad as say The Mummy (2017) but still not well integrated.

Despite it being a bumpy ride, Mortal Kombat is another win for live-action video game movies. The Mortal Kombat franchise as a whole embraces its grindhouse-inspired roots as a gore-filled Shaw Brothers meet Heavy Metal sensibilities. You don’t go into Mortal Kombat expecting high-brow art, you go in to see badass charters rip each other apart in badass ways. And overall you get all you would want from an R-Rated film such as this!