Multiplexes: The Final Chapter – The Drive-in: A New Beginning

The drive-in has seen an unprecedented and unparalleled resurgence under the oppressive conditions of coronavirus, and are bringing back a bit of pop culture Americana most believed was all but lost. 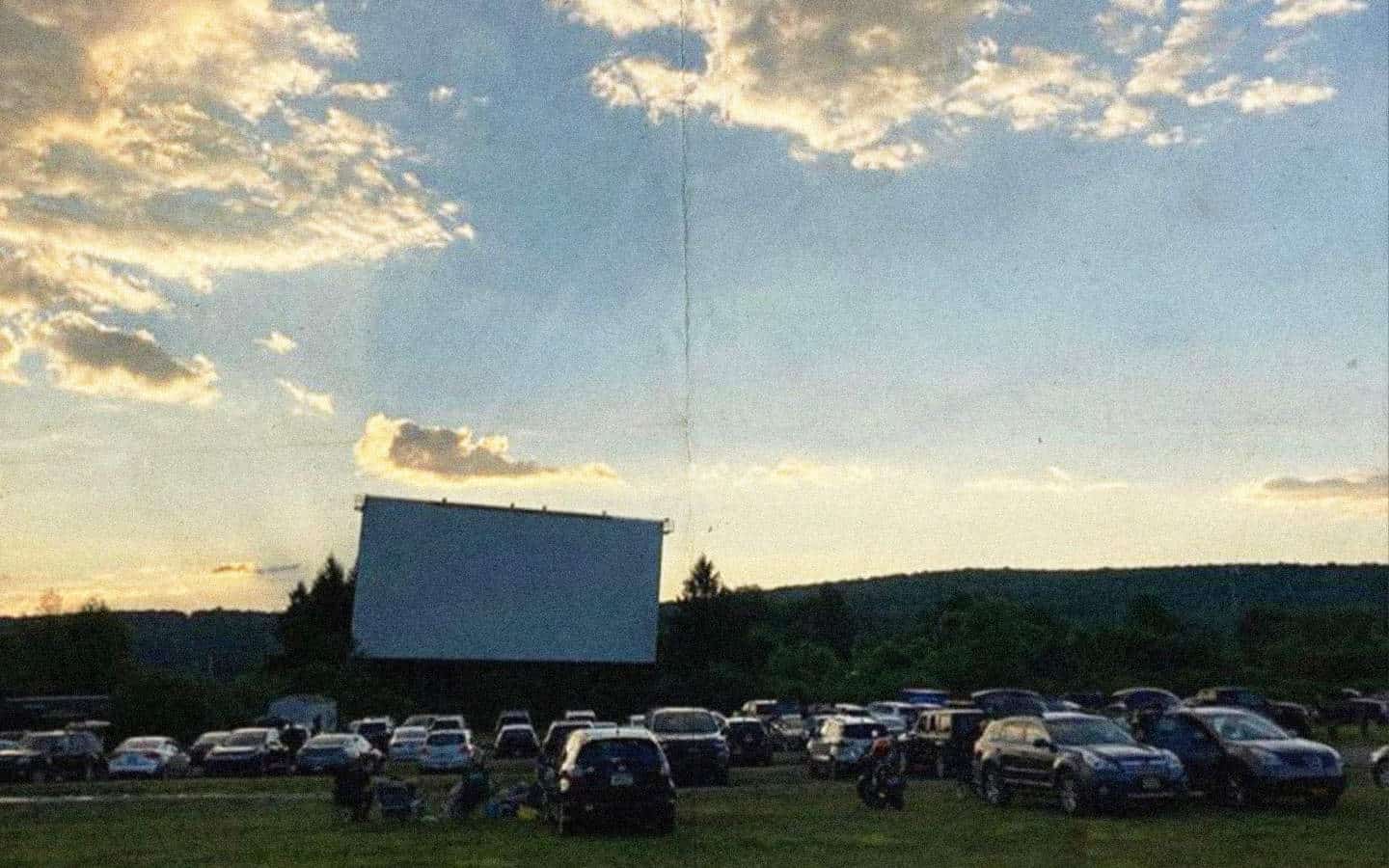 The drive-in has seen an unprecedented and unparalleled resurgence under the oppressive conditions of coronavirus, rising from the dead like the shlock zombies that always graced their screens in their heyday and are bringing back a bit of pop culture Americana most believed was all but lost.

In the earlier days of COVID-19 and the subsequent shelter-in-place around the country orders designed to keep people safe, I wrote a piece discussing how these necessary shutdowns and lockdowns might affect the movie theater business, specifically when NBCUniversal announced its intentions of releasing its films to PVOD services instead of delaying until theaters could safely reopen.

I could hardly argue with the good sense of getting new movies to the public during these unfortunate times, as folks were desperate for entertainment. It just seemed to me that should NBCUniversal’s PVOD rollouts be successful, it was unlikely they would stop, even after movie theaters could open their doors once again. Other studios would, of course, follow their lead, which would spell disaster for the movie theater business. I likened it to opening Pandora’s box.

It’s very possible that I was right considering that after Trolls: World Tour exceeded all of Universal’s box office expectations, NBCUniversal CEO Jeff Shell announced that the studio would be planning on releasing all its future films to both theaters and PVOD services, forgoing the traditional 90-day window between theatrical and home release. In turn, AMC and Regal Cinemas promised to ban future Universal films from their bookings. Of course, this remains an ongoing situation as dialogues are apparently still open, meaning only time will tell what the future of the brick and mortar moviehouse, from the multiplexes to the indie repertory one screen wonders, ultimately is.

One of my main concerns in the original article was what we stood to lose should we see the movie theaters and multiplexes disappear, and it is something I am still very much concerned with. We would be losing the magic of the moviegoing experience entirely, sacrificing it for the ease of simply watching a movie at home on our couch. Similar cinematic paradigm shifts lead to the demise of both the video store and the drive-in.

However, while I wouldn’t put money on an imminent return for the video store, the drive-in has seen an unprecedented and unparalleled resurgence under the oppressive conditions of coronavirus, rising from the dead like the shlock zombies that always graced their screens in their heyday and are bringing back a bit of pop culture Americana most believed was all but lost.

The Return of the Drive-in

As people continued to feel the pressure of being contained in their homes, drive-ins still in business began reopening their gates for the spring and summer season and pop-up outdoor theaters began appearing in many cities around the country. These pop-up drive-ins were particularly interesting because in many cases they existed in the parking lots of small businesses that were closed due to the pandemic.

One very well-known case of this brand of makeshift moviegoing experience comes from the Bel-Aire Diner in Astoria, Queens, NYC—my home turf. While this diner remained operational for the purpose of delivery and take-out during NYC’s shelter-in-place order, the business still suffered from the lack of patrons who could no longer visit and sit down for a meal. Not long after the city began to shelter-in-place, Bel-Aire launched a venture into a drive-in style movie presentation complete with a large, inflatable portable screen for appreciative locals who bombarded the retro, 55 year old staple of Queens cuisine. Their screenings sold out in a matter of minutes, though in some cases it was seconds, like in the case of their midnight showing of George A. Romero’s legendary Night of the Living Dead.

I regrettably could not secure tickets to that event (try though I did), but I was lucky enough to score tickets to their screening of The Rocky Horror Picture Show (another film which sold out in mere seconds). That was quite the spectacle, and I don’t just mean Tim Curry as Dr. Frank-N-Furter.

Rolling up to one of my favorite diners and waiting for dusk to obscure the sun just enough for the movie to begin was something I never thought I’d see in the concrete confines of the Big Apple, and it represented the purest thing about the drive-in at this moment in time.

While we wrestled with the coronavirus pandemic here in NYC, easily the worst place to be throughout all this, the Bel-Aire Diner resurrected the charm of the drive-in to offer us a way to safely be excited and entertained in a fashion that felt most genuine. I felt it the most as I was singing along to “the Time Warp,” looked to my left and saw the folks in the car next to mine doing the same. This is the magic of the shared cinematic experience I so desperately defended in my original piece, and we were sharing that magic safely.

Ingenuity like that seems to be popping up in many major cities other than just NYC, like the recently announced Queens Drive-In, which is wonderful. Many people in larger cities have never sampled the drive-in before, and now they can without the same worries of the multiplexes in these difficult times. But, once you leave the cities, hit the open road, and start entering some of America’s more rural pockets, you’ll find that the drive-in is alive and well during the pandemic. Though, in many cases, the culture of this institution has thrived even as the format became increasingly antiquated and obsolete.

Scenes from the Drive-in

Located in Leighton, PA, the Mahoning Drive-in has been open since 1949 and is especially interesting to us genre and classic film fans because of its dedication to the nostalgia of the vintage drive-in experience and keeping alive a beloved facet of film culture, which is why it has been lovingly referred to as a museum. They exclusively show retro genre favorites and always in 35mm, the only drive-in in the country still presenting films in this format. It truly is a prime destination for horror fans and one that I have enjoyed since discovering it.

Since being allowed to reopen to the public, the Mahoning Drive-in has offered the kind of programs that horror fans dream about. One recent event I was able to attend was their sixth annual Zombiefest, a mega-weekend featuring a total of nine films over the course of Friday, Saturday, and Sunday. I attended night two featuring Day of the Dead, the Return of the Living Dead, and Re-Animator, three of my favorite zombie flicks.

Arriving early was a must because you want prime real estate. You never want to end up in the back row of a drive-in, at least in my experience. Cars lined up at the exit on the highway for the Mahoning Drive-in, packed full with eager horror fans.

Soon enough, I made my way in, found a spot, and started to unload the car for the night’s festivities. Lawn chairs were set up beneath the blaring sun, and I breathed easy in the open air. I was in my own space and had no fear of it being invaded, and that was a rarity in NYC.

While we all waited for the proper amount of darkness to start the films, Mahoning provided retro tunes on the radio, games, decorations I’ll forever be envious of (including a lifesize Tarman), and delicious greasy food (Mahoning makes a mean corndog).

Sunset beautifully behind the screen (an astonishing 110 feet across) and Zombiefest VI began. Though I had seen them many, many times before, there is something entirely different about seeing them under the stars like so many people originally saw them back in the 1980s.

It was like being transported back to that time and watching those movies as they were always intended to be watched—on an impossibly large screen, bigger than all Hell, with scratches on the film prints that told as much story as the actual film did, and it is a story of the history of these films that then becomes a history of these films in regards to the people who discover and obsess over them for decades.

It was like I was truly a part of something bigger. Perhaps it was like truly being a part of the horror community that this brand of vintage, spine-chilling spectaculars are the backbone of.

Community is something the Mahoning Drive-in nurtures, and that has always been the appeal of the drive-in for the horror and genre fans. Since its heyday, drive-ins have always been the home for the odd, offbeat, and weird, both in terms of the films they played and its patrons. While the multiplexes were constructs designed with the mainstream in mind, the ground that drive-in theaters sit atop has become consecrated because they have always been destinations for people who wanted a little more from their entertainment, giving birth to the very idea of cult film, and keeping the independent heart of cinema beating. The Mahoning Drive-in has kept that tradition alive and continues to do so now safely, with social distancing observed and masks required. I don’t think you can find this same layered escapism in the streaming world.

The Future of the Drive-in

Of course, the question always comes back to viability. Right now, the demand is high. Walmart recently announced that many of their parking lots would be converted into pop-up drive-ins, which reeks of capitalistic nastiness if you ask me considering many Walmarts occupy the gravesites of independently owned drive-ins that were torn down long ago to make way for the supercenters.

Regardless of what Walmart does for a buck, though, one must wonder how long this could possibly last. The drive-in is having a resurgence now, but what about when the summer season is over? What about going to the movies before dark? The seasonal and schedule limitations of the drive-in are what led to their demise in the first place. Given the ongoing circumstances of COVID-19, people may be reluctant to return to the multiplexes for a long time, even after they reopen, which means America may continue to embrace the drive-in for much longer than other industry pundits believe.

And that is great news for horror fans, cult film fans, indie movie fans, and everyone in the strange spaces in between because if you know where to look, there is a world tailored made for you, waiting to invite you in and show you a good time free from the worries outside their gates—at the drive-in.