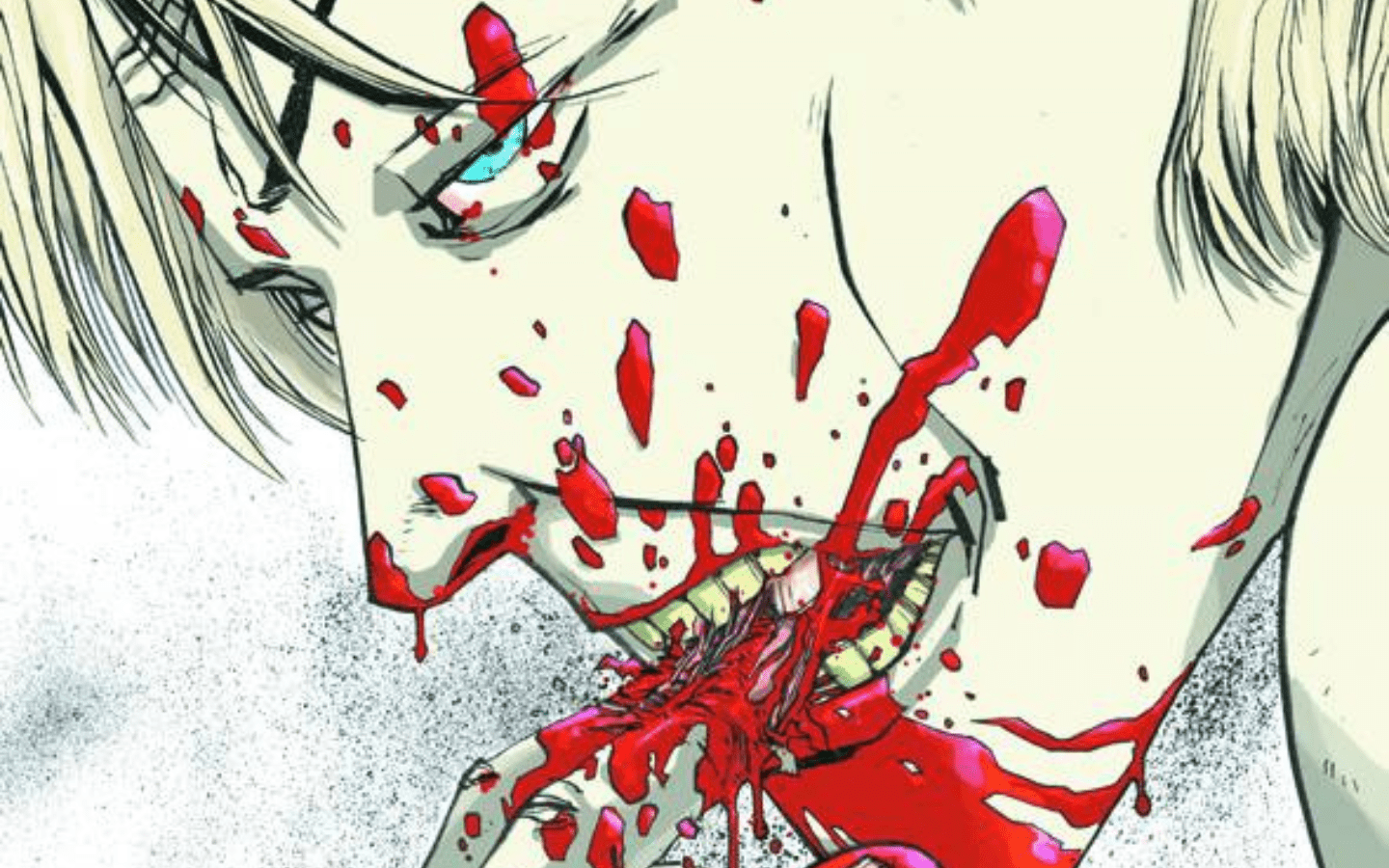 This is a spoiler-free Nailbiter comic review.

At work this week my coworkers have been talking about a website that serves as a database for serial killers and other brutal murders. The office has been bubbling with odd stories of violence and psychopathy. We are currently halfway through October. Many set this month aside for the spooky, scary and supernatural. It looks as though Halloween is coming to my workplace sooner than expected.

Murder and true crime seem to be an obsession for many Americans. What was once reserved for campfire stories and slasher movies is now a cultural phenomenon. True crime shows are popping up on every channel. Murder-based podcasts are finding their way to the top lists. We can’t seem to get away from tragic and dramatic forms of violence. The rare and mysterious darkness of the human psyche is certainly an intriguing topic.

Joshua Williamson is the writer of Nailbiter. The art is by Mike Henderson. Image Comics publishes this comic. The book premiered in May 2014. Nailbiter’s final issue came out in March 2017. The series ran a total of thirty issues which were also collected into six trade paperbacks. Nailbiter is a horror crime drama. It is no surprise that the book is self-described as “Twin Peaks meets Se7en”.

The series attempts to answer the question that has piqued the curiosity of many Americans: “Where do serial killers come from?” All signs point to Buckaroo, Oregon as the breeding ground for America’s most prolific murderers.

After receiving a call for help from his investigator friend, NSA Operative Nicholas Finch heads out to Buckaroo to see what is really going on. It is there where he teams up with local police officer Sharon Crane to figure out the truth behind the “Buckaroo Butchers”.

The atmosphere of this book is incredible. It provides a perfect mix of gumshoe drama, eerie small-town slice of life, and slasher horror. The story never gets boring as the plot continues to unravel. The truth is hard to keep straight as the backstory is told through a mixture of police examination, flashbacks, and neighborhood folklore.

Nicholas and Sharon make a capable team as they work well together while also embodying the “Odd Couple” dynamic. Nicholas is used to getting what he wants through force and violence. There is no such thing as secrets when all information can be coerced or beaten out of people.

Sharon, having grown up in Buckaroo, excels at using her relationships with the townsfolk to get the job done. She cares about the people of Buckeroo whereas Nicholas may not. Together, the two offer an interesting combination of strength and diplomacy.

Henderson utilizes some creative techniques in the artwork for Nailbiter. There is one scene where the lights are flickering as the crew investigates the local morgue. Henderson accomplishes this effect by alternating the regular panels with black panels showing only the illumination of the coroner’s computer monitor. This gives the comic the same tension found in horror movies. The readers do not know what will happen once the lights come back on.

Another interesting component of Henderson’s art is the use of greyscale flashbacks. This helps the reader jump in and out of the main story. The only part of the flashbacks that are not drawn in greyscale is blood. The popping red on top of the black and white assists the horror elements of the story.

I remember wanting to read Nailbiter when it was a newer series. By the time I was aware of the series my local comic book shop had already sold out of the earlier issues. The book eventually slipped my mind and I began reading other stories. It was not until recently that I was recommended the book by an old friend.

The book encompasses my favorite parts of both detective stories and horror franchises. This, paired with a case of interesting and often outlandish characters, makes for a great read. I have only read the first volume at this point in time, but I definitely plan on reading the entire series. If you are in the mood for a gritty and unique serial killer story, I suggest you do the same.

Have You Read Nailbiter Volume 1?

We hope you enjoyed our review of Nailbiter volume 1. Have you read this Image Comics series? Let us know your thoughts on social media!