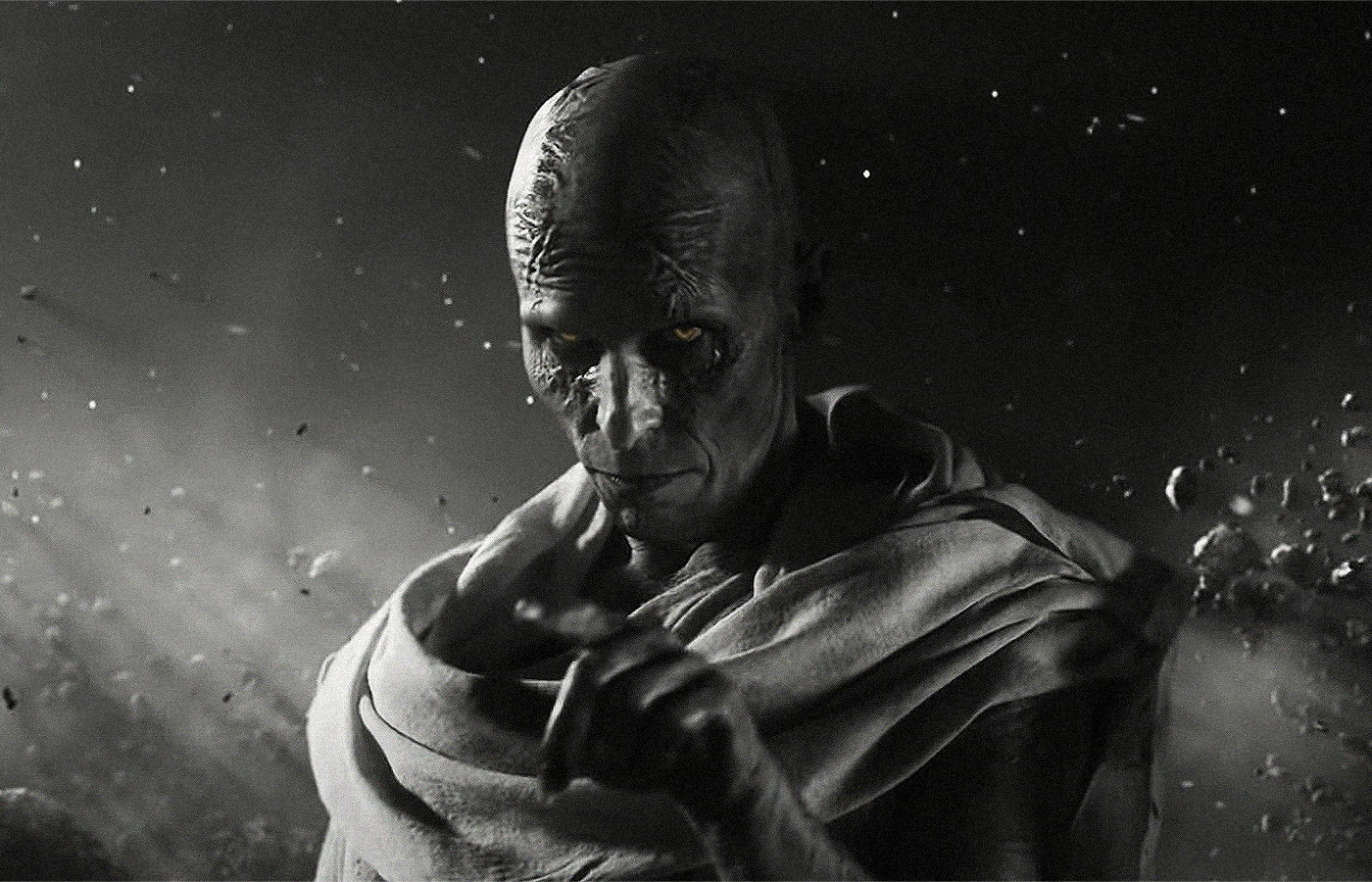 On Monday, May 23 Marvel Studios revealed the first full-length trailer for Thor: Love and Thunder. We get a better look at Korg, Jane Foster Thor, Zeus, and Gorr, the film’s titular villain. The film will follow Thor who is attempting to find inner peace. He must return to action and recruit Valkyrie, Korg, and Jane Foster, who has become the Mighty Thor, to stop Gorr the God Butcher from eliminating all gods.

The trailer kicks off with Korg telling the story of Thor Odinson “the space Viking” to a group of children. If this story is in the past tense, could this be the last time we ever see Thor? Regardless, Thor is back in action. From dad bod to god bod, Thor is bigger and better than ever! We get a great montage of him training with gigantic chains and pulling the Benatar ship single-handedly. Cut to Thor saving what looks to be New Asgard from alien invaders and who do we see? Jane Foster as the Mighty Thor.

During the Marvel Now run Jane Foster temporarily took on the mantle of the Mighty Thor. She’s back and now wielding Mjolnir! During this mic drop moment, we also get a good look at Thor’s stunning new golden suit most likely inspired by Thor’s battle armor or his ruler’s regalia outfit from the comics. Shocked at Jane Foster’s return to his life, they awkwardly catch up and make amends.

It’s clear Thor isn’t quite over Jane Foster. After a glimpse at what looks to be Olympus, we’re introduced to the big bad of the film, Gorr the God Butcher. “All gods care about is themselves, so this is my vow, all god will die” is what Christian Bale’s Gorr says in the trailer. Gorr is pale, emaciated, and features glowing amber-like eyes. As we first see him he’s coming out of some black tendril-like cave. Perhaps an allusion to the symbiotes?

We get a few shots of Thor and Jane Foster fighting back to back, Valkyre fighting Gorr, Thor’s goat chariot storming into Olympus, Nebula and Drax shooting aimlessly, then of course our main hero staring down our main villain. But just before the trailer ends, Zeus has Thor chained in lightning to unveil who he is under his robe. Zeus with the flick of a finger shoots the robe right off Thor leaving him naked in front of a colosseum of people.

Throughout the trailer, all the environments are saturated in color while Gorr’s planet is completely black and white. A very literal contrast to our characters and their respective identities. It really seems that Marvel has found their stride with the Thor character, Taika Watiti and team have done their absolute best to bring this larger-than-life character to a level that is engaging and understandable.

RELATED: 5 Comic Books To Read Before Watching ‘Doctor Strange in the Multiverse of Madness’

What’s even more exciting is the easter eggs littered throughout the trailer. Near the end, as Jane Foster raises the fractured hammer into the sky, lightning crackles around her in some type of hall that includes a series of busts. The busts resemble Lady Death, Uatu The Watcher, The Living Tribunal, Eon, and Eternity. Maybe these are gods that Gorr has already slain? We will have to see.

Are You Excited For Thor: Love and Thunder?

What are you most excited about for Thor: Love and Thunder? Let us know on social media today.