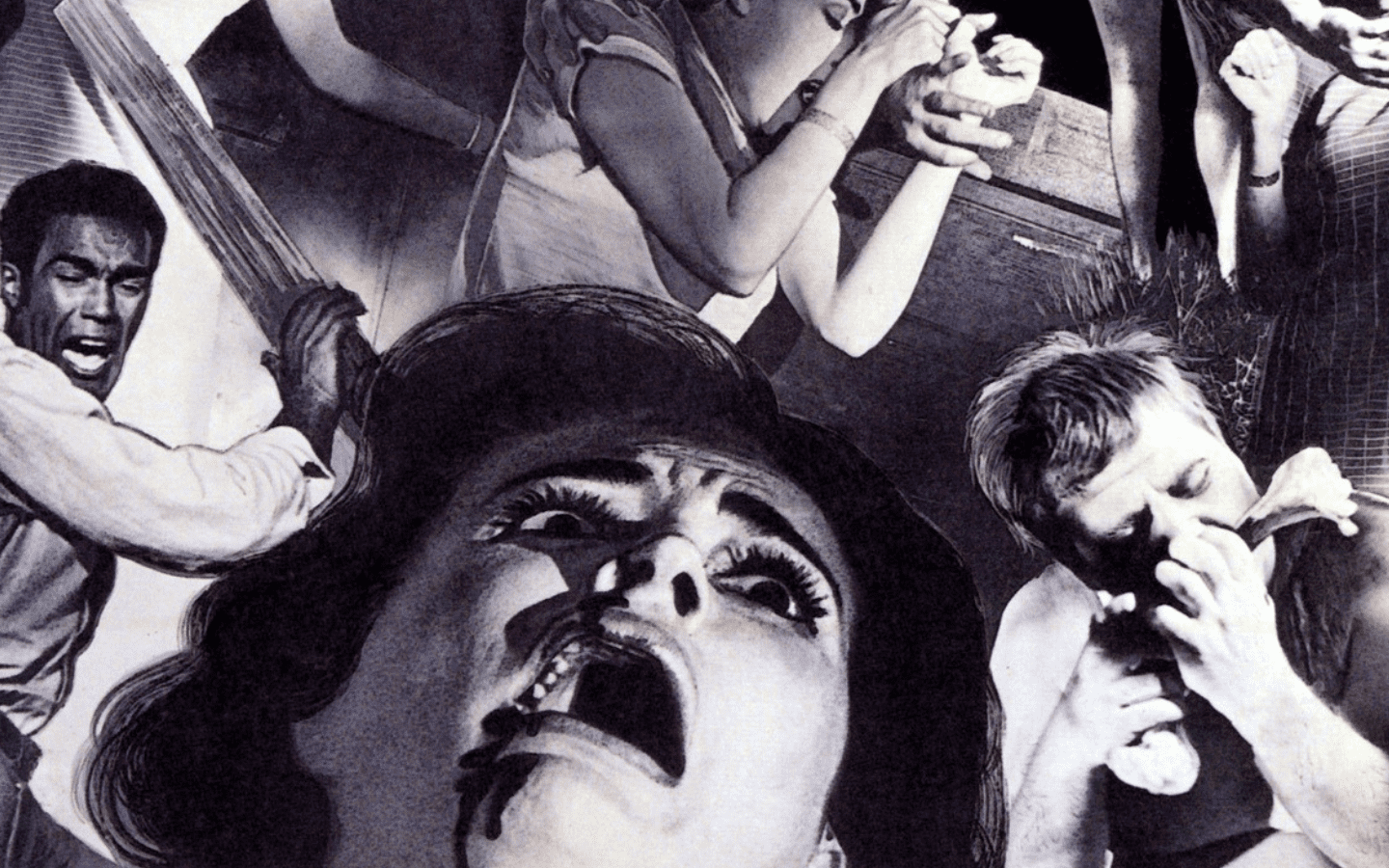 About Night Of The Living Dead

The story of Night Of The Living Dead follows a group of survivors who are in the midst of a zombie outbreak. Barbara and Johnny are driving out to Pennsylvania to visit the cemetery where their father is buried. Things quickly take a turn for the worse as the dead come back to life and are hungry for human flesh.

Night Of The Living Dead Review

Honestly, I did not have high hopes for this film. I know it is a classic, but it is often difficult to watch older movies. With older films, society and culture have grown since their release. Filmmaking technology is often rudimentary when compared to what is available in modern times.

That said, I did not feel this way at all when watching Night Of The Living Dead. I am a huge fan of zombie media, and this film delivered exactly what I needed. Sure, there are some cheesy parts. When Ben (Duane Jones) is beating the undead, he is obviously striking the ground next to them. He also announces that the house is safe and boarded up after nailing a single plank to the window.

I was easily able to look past these flaws. What I love about zombie media is not the flesh-loving ghouls. I am infatuated with the reactions of the characters and the way people handle the situation. You never know who is going to turn, and who is going to stab you in the back.

Zombie films show what happens when the comfortable pleasantries of modern life are thrown out the window. In Night Of The Living Dead, the characters display a wide range of emotions. You have Duane Jones playing the rational and collected Ben. On the other side of the emotional spectrum, you have Judith O’Dea’s awesome portrayal of the hysterical Barbara.

I keep referencing Night Of The Living Dead’s undead-based worldbuilding as if it is just another film in a long line of apocalypse stories. However, this film is the OG. One of the most fascinating aspects of my viewing was seeing the birth and development of a genre that I have loved for most of my life.

You can really see where modern zombie media has built upon the themes and tropes found in Night Of The Living Dead. It shows the paranoia among the living humans, the government’s reactions to horrific events, and the grief of losing loved ones while fighting for your own life.

I won’t spoil it here, but the ending of the film is both brilliant and tragic. I wasn’t expecting what happened to happen, but I am glad that it did. No one wins in the zombie apocalypse, and happy endings are few and far between.

Are You A Fan Of Night Of The Living Dead?

I hope you enjoyed my review after my very first viewing of Night Of The Living Dead. Are you a fan of the film? Let me know on social media!