Nobody is a smart action film that’s just a touch more “explodey” than John Wick. 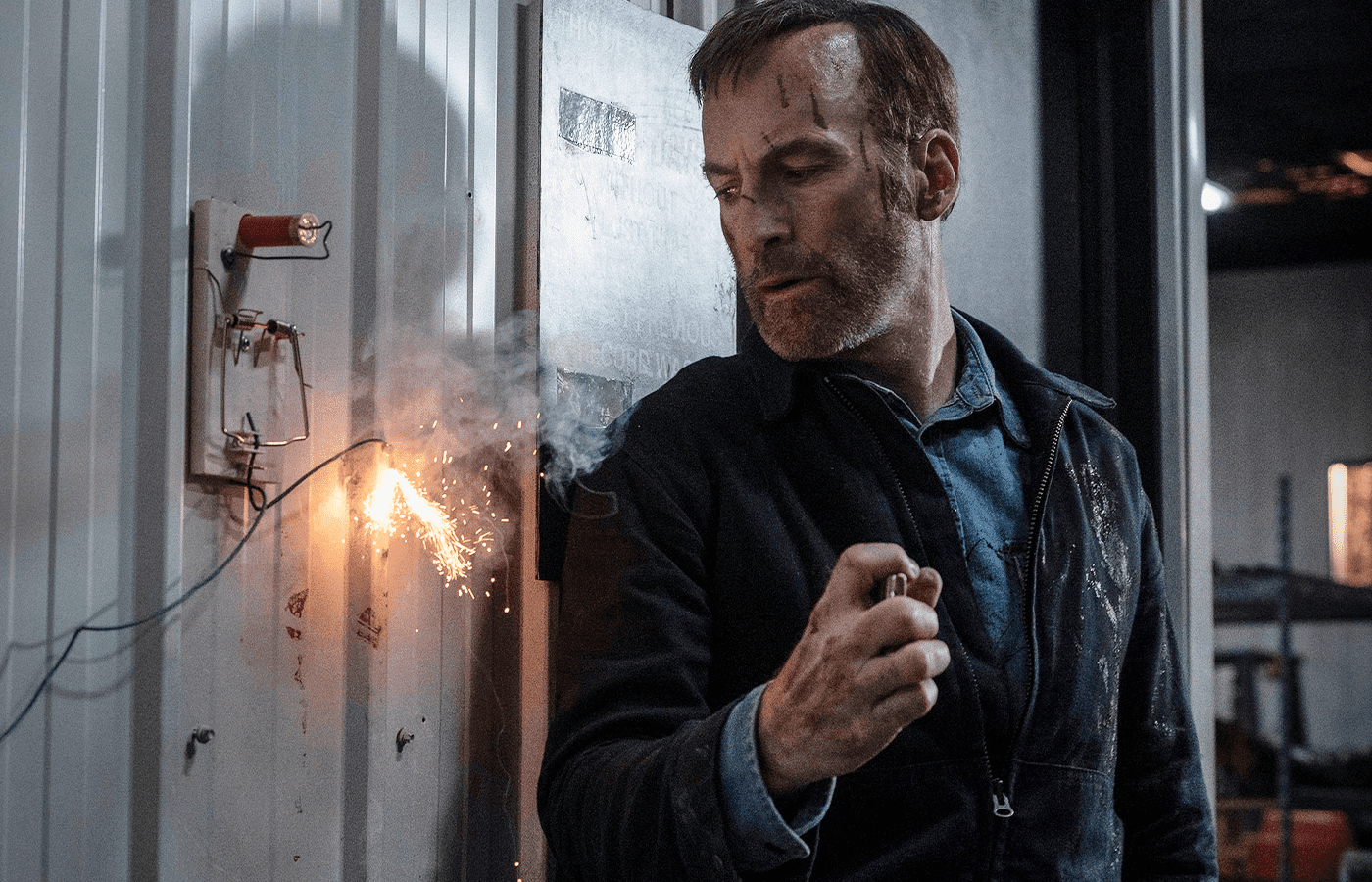 Nobody is a 2021 action film directed by Ilya Naishuller, who also directed the 2015 action film Hardcore Henry, notable for its use of the first-person perspective, and written by Derek Kolstad, who is the writer for the John Wick franchise. The film stars Bob Odenkirk of Breaking Bad and Better Call Saul fame, Connie Nielsen, who starred as Hippolyta in the DCEU movies, RZA, who is probably best known as the leader of the Wu-Tang Clan, and Christopher Lloyd, who starred as Doc Brown in the Back to the Future movies.

The film follows Hutch Mansell (Odenkirk), who is a seemingly normal man living a normal life. One night, his house is broken into by two individuals who are only after money. His son comes to the rescue by tackling one of the intruders, but Hutch tells his son to let him go. After being let go, the intruders leave with nothing but a few dollars. The police come and question why Hutch didn’t even try to fight off the intruders, which causes his whole family to silently question his manhood. You can tell even Hutch is asking himself if he is worth anything anymore.

This is something that I find incredibly likable about this movie. Not only is Odenkirk a believable action star, but he’s very good at playing the family man as well. In moments like the one above, you believe he is a person, not just an unstoppable killing machine with no personality. This dichotomy helps the movie feel less like a John Wick movie with a different protagonist and more like an action film in the same vein as John Wick.

The next day, we see Hutch contact his half-brother, Harry, through a radio in his office. It’s here that he explains his reasoning behind not attacking the intruders: their gun was not loaded. This is our first clue that Hutch is more than what he seems to be. Later that night, Hutch’s daughter mentions that her kitty cat bracelet was missing, and it just so happened to be kept in the same jar as what little cash the intruders had stolen. Believing they had the bracelet, Hutch searches tattoo shops, trying to match a tattoo he had seen on one of the intruders’ wrists.

This is where the movie started to take off for me. Not only are we introduced to Hutch’s father (Lloyd), who is an ex-FBI agent, but we also get one of my favorite tropes in these movies. I don’t have a flashy name for it just yet, but it’s a particular trope where a character is gearing up for a fight with our main protagonist, but before he does, he notices a detail about the protagonist that scares him away.

In this case, in the last tattoo shop he searches, Hutch is surrounded by 4 men, one of them a Vietnam veteran as denoted by his hat. The man notices a tattoo on Hutch’s wrist of two playing cards: a seven and a two. I couldn’t find any concrete evidence as to what this tattoo meant, but on a thread on Stack Exchange, user “Doomd” theorizes what he thinks it means:

“I can tell you that in Hold’em Poker (in which each player is dealt two ‘hole’ cards — which are cards unseen by other players until a final showdown), 7-2 unsuited is pretty much the worst possible hand you can get (you can’t get a straight with them, you’re unlikely to get a winning flush, and they are the lowest non-connecting cards in the deck) [and they are] are easily beaten by higher cards. Typically, you want to hold “Aces up your sleeve,” but here, he’s got the worst hand…and he got it tattooed on his wrist (where a hustler would hide cards).

I think this can be interpreted a few different ways…but this is what I thought of: He is a badass that can win even with shite hands, either through sheer force of will, cunning, or bluffing. Or he’s the bad hand that his opponents should fear being dealt…”

Upon noticing the tattoo, the man gets up, thanks Hutch for his service, and promptly locks himself into the back room. Seeing this, the other men decide it’s best to cooperate with Hutch and give him the address of the person who got the tattoo he’s searching for. He sneaks into the intruder’s house, who we see is a couple, and demands his watch back, which the intruders give.

He then tells them to give back the bracelet and, when the man acts confused, begins to beat him. He stops when he hears a baby crying. He goes to check and sees that the couple’s child is sick and on a breathing machine. Hutch realizes that the only reason the couple was stealing was because of their child, and angrily storms out of the house, unable to take his frustration out on the couple anymore.

It’s on the bus ride home where the plot of the movie really begins. A group of Russians gets on the bus he’s on and begins to harass the other patrons. Hutch gets up and forces the bus driver out of the bus to begin his beatdown of the thugs. It’s a long fight, with many losses taken by a clearly out-of-practice Mansell, but he wins in the end, attracting the attention of a member of the Russian mob, Yulian Kuznetsov who is the protector of the Obshak (basically the retirement fund of the mob).

I won’t get into how the rest of the movie plays out, just because it’s well worth the watch, and what I’ve explained so far is a pretty decent representation of the film. The only thing left that needs to be talked about is the action. This is a bit more bombastic of an action film than the John Wick franchise is, especially considering the final battle. Hutch’s fighting style is an interesting mix of John Wick, Jason Bourne, and Kevin McCallister (yes, the kid from Home Alone).

He uses guns most of the time, but the bus fight is a good example of hand to hand combat using whatever is available to him at the time, and the final action sequence of the film shows his ability to plan ahead and create traps out of things that you normally wouldn’t see being used together.

Another thing I love is the acting in the film. I’ve already talked about Odenkirk’s performance, but the rest of the actors are fabulous as well, particularly Christopher Lloyd. Oh yeah, that’s another selling point for this movie: if you’ve ever wanted to see Doc Brown dual-wielding shotguns, this is the movie for you. Connie Neilson, for her part, also does a good job as Hutch’s wife. She seems to have a little bit of an inkling of what Hutch used to do, but even she is surprised when the truth is revealed during the film.

That’s about all I can say about the film without going into crazy detail, which I know most of you folks don’t want. So I’ll end it by saying this: if you want a smart action film that’s just a touch more “explodey” than John Wick, this movie is for you. And here’s hoping for a sequel!

Have You Seen Nobody?

We hope you enjoyed our Nobody review. Have you seen the film? Let us know your thoughts on social media!