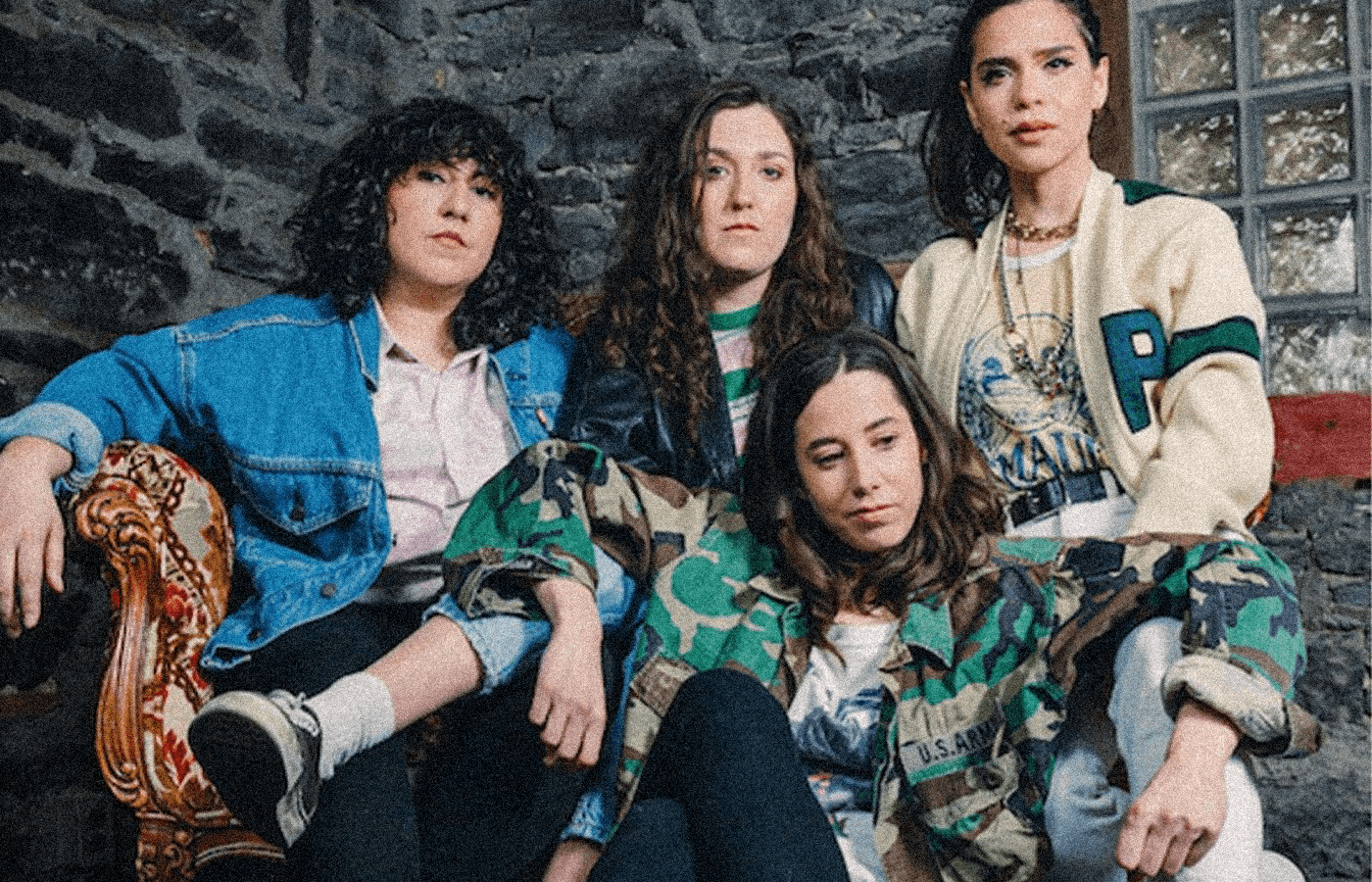 I was introduced to NOBRO through a Spotify playlist that featured their song ‘LALA’. Once I heard the garage band fidelity, Riot Grrrl influence, and the high-speed intensity the band emitted, I was hooked. I favorited NOBRO immediately and then a week later, to my surprise they dropped a brand new album.

Based out of Montreal, NOBRO is signed under Canadian independent record label Dine Alone Records which features other acts like FIDLAR, Alexisonfire, Jimmy Eat World, and more. The band formed in 2014 with a goal in mind, and that was to be the most kick-ass all-female band ever. The four-member line-up comprises vocalist and bassist Kathryn McCaughey, guitarist Karolane Carbonneau, drummer Sarah Dion, and percussionist Lisandre Bourdages.

With all Women-led punk groups like Pussy Riot, Bikini Kill, and Bratmobile – carving out a space in such a male-dominated genre comes with its challenges. But from what we know of these groups, it deterred none of them, rather it reinforced their message, sound, and purpose. In my opinion, NOBRO is cut from a similar cloth as the groups mentioned previously, but with their own aptitude.

NOBRO adds a whole new type of mastery to the punk genre while remaining faithful to the acts that inspired their sound with their sophomore EP Live Your Truth Shred Some Gnar. The opening track ‘Better Each Day‘ is an introduction to the album and to the band itself. The lyrics tell of someone starting their life over, a life they actually care about. The singer describes herself as she quits her day job, cuts her hair, and throws her phone out the window to chase a life worth living. It’s a soft start that quickly jumps into overdrive, a phenomenal start to an overall animated record.

My favorite track on the album by far though is ‘Get with U‘. The noisy guitar, the catchy chorus, and the fast-paced drums really show how much fun every member of NOBRO is having on this project. The moment on this track that really made me scream, was the banging drum solo that just punches you in the teeth.

The closing track on the album ‘Life is a Voyage‘ is a light farewell that maintains the albums’ excited attitude. The song begins with what sounds like a group of friends talking over one another and hanging out before phasing into a heartfelt goodbye. The song is a message from the singer that they’ll continue to venture on the weird path their passions take them, no matter what.

NOBRO’s seven-track album Live Your Truth Shred Some Gnar is a loud and fun reminder to live out your most authentic life no matter how hard it is. It’s an easy listen filled to the brim with experimentation and punk energy. As I’ve mentioned time and time again, this album is lively and just pure fun. You can tell that every member is giving it their all with flawless execution.

This album is easy for me to recommend. With its twenty-minute run time, it’s a shame how short the album is. Listening to Live Your Truth Shred Some Gnar is like grabbing a beer with friends, the night is over before it really ever began and you’re already reminiscing about the fun time you had. Luckily Live Your Truth Shred Some Gnar is a very easy record to revisit. I look forward to adding NOBRO’s exclusive bubblegum colored record to my collection and wearing out the grooves as soon as possible.

“Being a bitch is not illegal” so roll down your windows next time you’re driving, crank your volume, and bless your neighbors with NOBRO.