I Knew You Were The One! 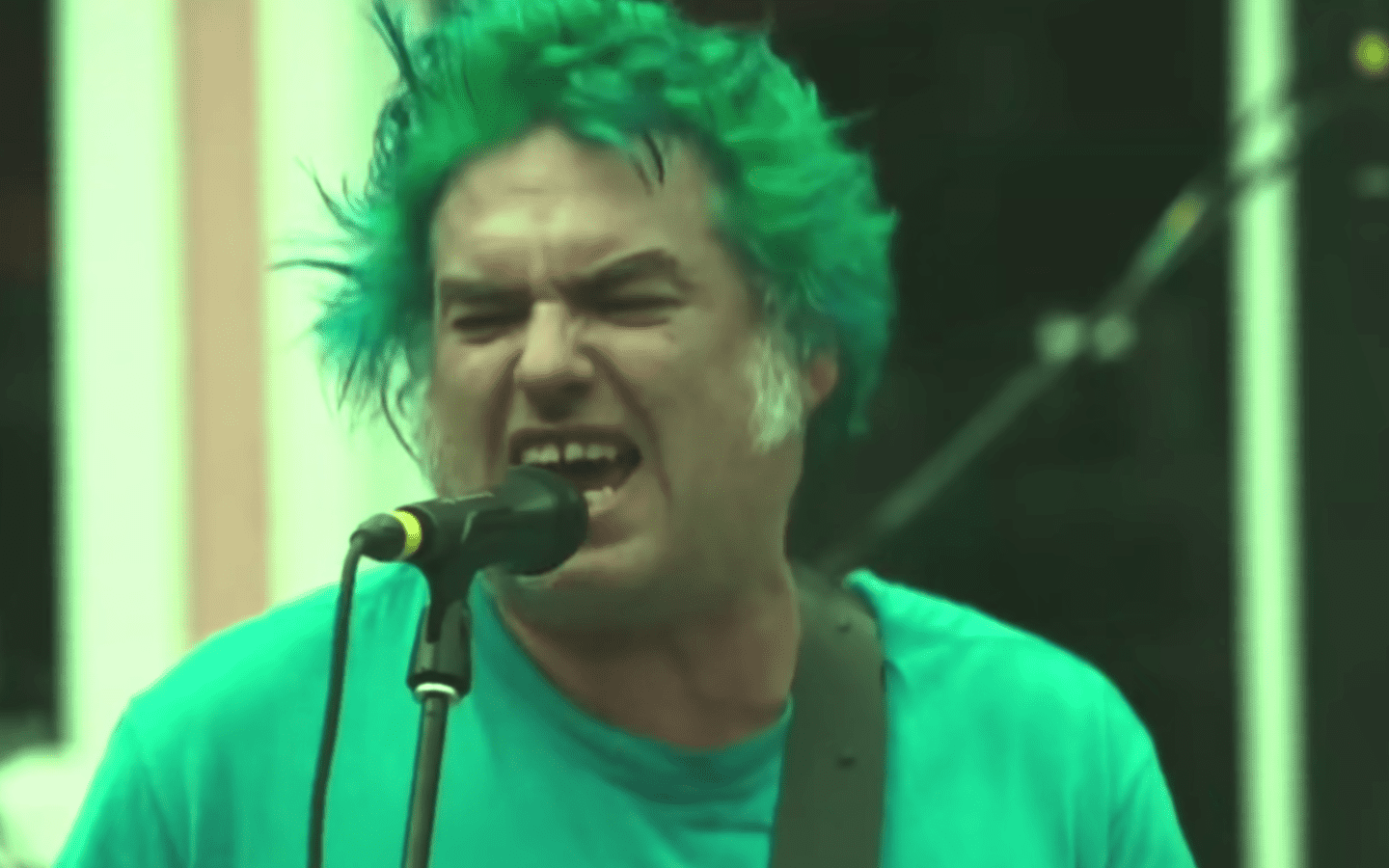 About ‘We Got Two Jealous Agains’

‘We Got Two Jealous Agains’ is track eleven on NOFX’s 2003 album ‘The War On Errorism’. The track is from the point of view of someone looking to combine their record collection with another person. What is great about this song is that it specifically references many classic punk albums (especially 1980s hardcore punk bands).

Today we are going to go over all of the bands referenced in NOFX’s ‘We Got Two Jealous Agains’. If you are a seasoned punk veteran, then this will be a nice trip down memory lane. For the uninitiated, the bands in this song give a great overview of classic punk and 80s hardcore. Enjoy!

‘Holidays In The Sun’ is the opening track on The Sex Pistol’s 1977 album ‘Never Mind The Bollocks, Here’s The Sex Pistols’. This is a classic punk rock album that everyone in the culture should listen to at least once.

Youth Of Today was a mid-eighties hardcore band from Danbury, Connecticut. The band is credited with helping establish the ‘Youth Crew’ subgenre of hardcore punk. This movement combined elements of Straight Edge punk with veganism.

What’s With This Underdog

Underdog was a lesser-known New York hardcore band in the late 1980s and early 1990s.

This lyric is most likely referring to Guns N’ Roses’ 1986 EP ‘Live Like A Suicide’. Guns N’ Roses is a rock band from Los Angeles that started in 1985. I don’t know why this band would appear in a punk vinyl collection. It seems that Fat Mike is confused as well.

Hanoi Rocks was a rock band from Helsinki, Finland. They were popular in the late 1970s and 1980s. The band blended the genres of glam rock, punk, and metal.

And I Don’t Want Your Paul Stanley

Paul Stanley was the singer and frontman of the classic rock band Kiss. This band was very popular in the 1970s, and pushed the boundaries of what mainstream rock and roll could look like.

Next To My Subhumans Gatefold, I’m Not Trying To Be A Jerk, But I Don’t Think This Record Merger’s Gonna Work

Subhumans was a punk band from Warminster, Wiltshire, England. The bandhelped evolve and influence anarcho-punk, a subgenre of punk rock that focused on anarchist politics.

But When I Saw Christ On Parade

Christ on Parade was a hardcore punk band that was popular in the mid-1980s. The band was from San Francisco and part of the East Bay hardcore scene.

And This Is Boston, Not L.A. I Knew You Were The One

This Is Boston, Not L.A. is a compilation album that was released in 1982. The album contained tracks from Boston hardcore bands. This included classic hardcore bands like Jerry’s Kids, The F.U.’s, and The Freeze.

Peace Thru Vandalism is the first EP from the classic punk band The Vandals. The Vandals are known for their use of humor in their songs. This six-track EP contained the songs ‘Wanna Be Manor’, ‘Urban Struggle’, ‘The Legend Of Pat Brown’, ‘Pirate’s Life’, ‘H.B. Hotel’, and ‘Anarchy Burger’.

I Found SNFU And Cool, I Owned That Record Too

SNFU (Society’s No Fucking Use) was a Canadian hardcore band that was popular in the 1980s. The band released eight full-length albums, as well as a variety of EPs, live albums, and compilations.

Seems We Both Had Social Unrest

Social Unrest was a hardcore punk band from California that was popular in the 1980s. They were another band that was influential in the Bay Area hardcore scene.

And Sung ‘She’s A Pervert Nurse’

‘Pervert Nurse’ is track one on D.I.’s second album ‘Horse Bites Dog Cries’. D.I. was a punk band from Fullerton, California. The band was founded by Casey Royer, formerly of the Adolescents and Social Distortion.

We Both Had The First Pressing Of How Could Hell Be Any Worse? I Knew You Were The One

‘How Could Hell Be Any Worse?’ is the first album from the legendary punk band Bad Religion. The band was founded in 1980 and has been an influential group since their inception.

So Now We Got Two Earth A.D.s

‘Earth A.D./Wolfs Blood’ is a 1983 EP from The Misfits. This was the last album with the original vocalist Glenn Danzig. This EP contains classic tracks from The Misfits, including ‘Devillock’, ‘Bloodfeast’, and ‘Death Comes Ripping’.

We Got Two Killing Jokes

Killing Joke is a British punk band from Notting Hill, London. Their first album was self-titled and was released in 1980. The album originally had eight tracks, including ‘Requiem’, ‘Wardance’, and ‘S.O.36’.

We Got Two Adolescents

‘Adolescents’ is a self-titled punk album that came out in 1981. This album is also known as ‘The Blue Album’ due to its bright blue cover. The Adolescents were a very influential punk band from Fullerton, California.

I am honestly not sure what band this lyric is referring to. If I had to guess, I would say it is referencing the 1981 self-titled EP by Rudimentary Peni. This group is another influential force in British anarcho-punk.

And Two The Crews

‘The Crew’ is the first album from Reno, Nevada hardcore punk band 7 Seconds. The album was released in 1984 and contains 24 tracks.

We Got Two Someone Got Their Head Kicked Ins

‘Someone Got Their Head Kicked In!’ is a 1982 compilation released by BYO (Better Youth Organization). The album showcases hardcore punk bands from the Los Angels area, including Youth Brigade, Adolescents, Bad Religion, and Social Distortion.

We Got Two Declines

My best guess for this lyric is that NOFX is making a joke about themselves. The Decline is a NOFX EP that was released in 1999. The album contains one eighteen-minute long track, and it is a great one.

‘Damaged’ is the first full-length album from Black Flag. It was released in 1981 and is known as one of the most influential hardcore punk albums of all time. This album has many classic Black Flag tracks, such as ‘Six Pack’, ‘TV Party’, and ‘Rise Above’.

‘Jealous Again’ is a 1980 EP from hardcore punk band Black Flag. The album contains the tracks ‘Jealous Again’, ‘Revenge’, ‘White Minority’, ‘No Values’, and ‘You Bet We’ve Got Something Against You’.

‘Machine Gun Etiquette’ is the The Damned’s third album. It was released in 1979 and contains twelve tracks. This album has some great songs by The Damned, including ‘Love Song’, ‘I Just Can’t Be Happy Today’, and ‘Smash It Up’.

I Knew You Were The One When I Saw The P.E.A.C.E./War Comp

‘The International P.E.A.C.E. Benefit Compilation’ was a punk rock EP released in 1984. It was released by R Radical Records, a label created by MDC’s Dave Dictor. The album’s name was later changed to P.E.A.C.E/War, which explains Fat Mike’s wording in this lyric.

We Got Two Articles Of Faith

Articles Of Faith was a hardcore band from Chicago, Illinois. This group was a notable influence on NOFX, so it is no coincidence that they are mentioned in ‘We Got Two Jealous Agains’.

The Circle Jerks was a hardcore punk band from Los Angeles, California. Instead of saying that they have two copies of ‘Group Sex’, Fat Mike says they have thirty-one-minutes of ‘Group Sex’. This is a joke about the album being just over fifteen-minutes long.

A Couple Of Avengers

‘Avengers’ is a self-titled EP that was released in 1979. The Avengers was an influential punk band from San Francisco, California. While the Avengers were a classic band, they did not release a full album before they broke up. The EPs we have from them were put together after the fact.

And A Pair Of Out Of Steps

If you know Minor Threat, then you know that ‘Out Of Step’ is their only album. It was released in 1983 and contained nine tracks. This album is often referenced as a crucial album in the development of many punk movements and subgenres such as Youth Crew, Straight Edge, and New York Hardcore.

We Got Two What We Do Is Secrets

‘What We Do Is Secret’ is a compilation of songs by The Germs. It was released in 1981. This EP contains the classic Germs track ‘Lexicon Devil’.

True Sounds Of Liberty (commonly referred to as T.S.O.L.) is a punk band from California. They started in the last 1970s and were popular throughout the 1980s. Fat Mike is most likely referencing the band’s 1981 self-titled EP. This album contains the songs ‘Superficial Love’, ‘Property Is Theft’, ‘No Way Out’, ‘Abolish Government/Silent Majority’, and ‘World War III’.

We Got Two Freedom Of Choices

‘Freedom Of Choice’ is Devo’s third full-length album. Devo was a punk/new wave band that was popular in the 1970s and 1980s. Most people know Devo from their famous song ‘Whip It’, which appears on this album.

We Got Two Three Hits From Hells, I Knew You Were The One

‘3 Hits From HeLL’ is a 1981 EP from The Misfits. The album contains the classic Misfits tracks ‘London Dungeon’, ‘Horror Hotel’, and ‘Ghouls Night Out’.

What Is Your Favorite Band Referenced In ‘We Got Two Jealous Agains’?

We hope you enjoyed the list of every band referenced in NOFX’s ‘We Got Two Jealous Agains’. What is your favorite band or album referenced in this song? Let us know on social media!