NOPE (2022) Review: Out Of This World Terror From Jordan Peele 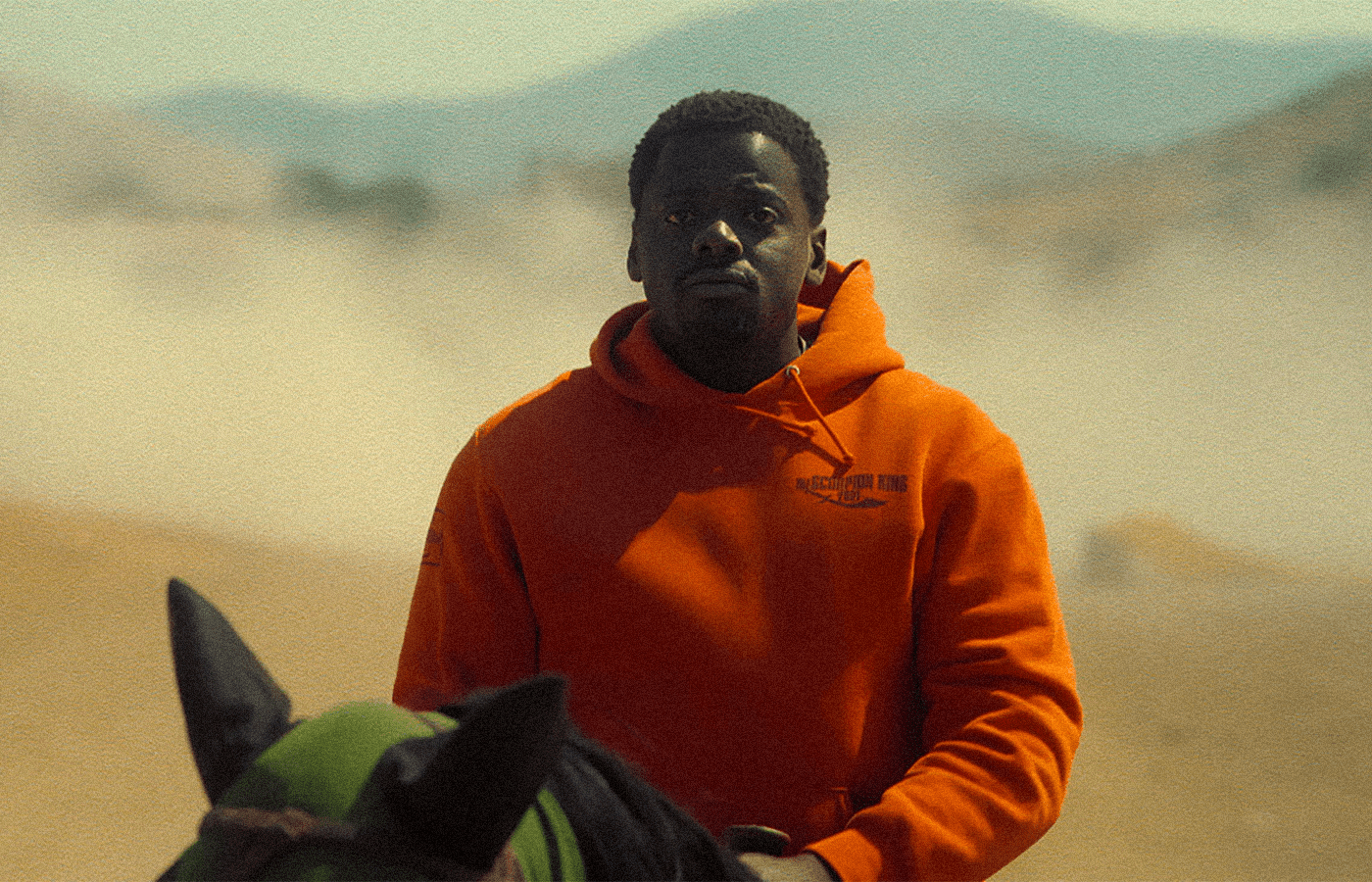 NOPE (2022) spends no time at all kicking into suspense-filled overdrive that’ll have you biting your nails straight to the cuticle. Peele brings us a UFO-centered sci-fi horror/thriller, however, it doesn’t stop there. We get more horror within the backstories of the characters which helps heighten the fear we feel when the UFO takes the spotlight.

Daniel Kaluuya and Keke Palmer have incredible chemistry on screen as a brother and sister running a remote horse farm in California. Losing their father at the beginning of the film stirs up some past memories for Emerald (Palmer) that we as the viewer can see as bitterness.

The two, however, become much closer with the events taking place and find themselves fighting together and for each other. Throughout the film, we see similarities between the UFO, the horses, and a murderous chimpanzee. We know, this sounds insane, and it is.

Let us explain. The Haywood Hollywood Horse farm takes part in training horses for Hollywood movies. OJ (Kaluuya) mentions being on the set of The Scorpion King when he was a kid with his dad to train horses in the film. We get a glimpse of how disconnected the actors are from the horse when working together in front of the camera. With no respect given to the horse, we see the horse react to the clueless actors and actresses by bucking and kicking.

Later we are introduced to Ricky ‘Jupe’ Park, a child actor turned western town theme park entertainer who explains a disaster that happened on a sitcom he acted on when he was young. Gordy, the chimpanzee, turned on his fellow acting crew during the final episode, killing everyone and leaving only Jupe and one other actress alive.

OJ takes these queues into consideration when dealing with the UFO. He concludes that what they’re dealing with isn’t a ship, it’s an animal. A sky being with territorial issues and hunger for whoever looks them in the eye. Well, and sometimes, even for those who don’t.

With some help from Angel, the Fry’s Electronics salesman, and Holst, a well-known cinematographer, the four of them try to prove the encounter is happening. This was a particularly fun part of the film for us as the viewer. If there’s one thing we know most about UFOs it’s that not a damn one of them in a good quality video exists.

The first time they try to film the UFO, it’s Paranormal Activity style with some security cameras on the property. This is foiled by a nosey praying mantis on the camera lens. The second attempt was ruined by an overzealous Holst who completed the challenge, but got greedy and wanted a better shot.

Finally, Emerald captures a photo with the UFO in the shot from an amusement park-style photo machine disguised as a well in the western town theme park. At this point, the audience had no idea whether the photo was going to turn out or not. The machine spits out a shot showing the sky creature and gives us a perfect conclusion to the out-of-this-world, sky animal exploding, ride that Jordan Peele took us on.

Have you ever seen a UFO? Next time, be sure not to look it in the eye. If you are a horror fan, you deserve to see Jordan Peele’s NOPE on the big screen.