Old Review (2021): Speeding Up the Inevitable

Shyamalan is acting on a simple, functional principle here: everything that can go wrong will go wrong. 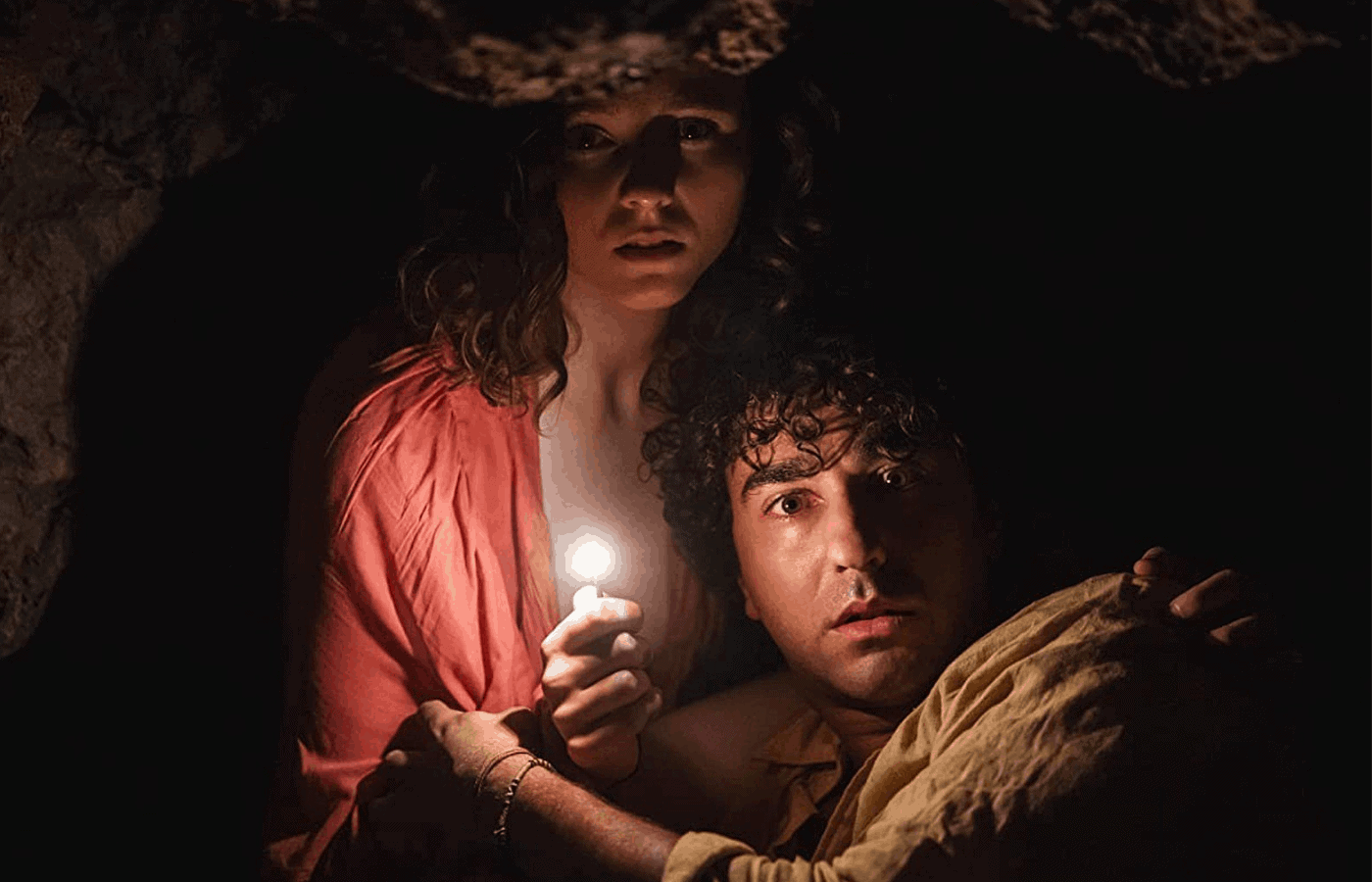 Shyamalan is acting on a simple, functional principle here: everything that can go wrong will go wrong.

It seems too obvious to point this out, but the assignment honestly calls for it: aging is one of the most common, universal fears. It lays dormant for most people, only popping up when we’re confronted with the concept of mortality or the process of aging itself. The deterioration of our bodies, however natural, feels like a mistake. Industries are built around it and modern medicine is working to slow it, but for now, we all inevitably end up in the same place. And that’s if we’re lucky.

He’s definitely not the first to toy with the horrors of aging, but M. Night Shyamalan brings it to another level in his latest thriller Old. The film opens with a distressed family going to a resort for a restorative vacation to “make some memories” and soon finds them, and several others, being brought to a secluded beach where they eventually figure out that they’re rapidly aging. A half-hour equals a year of their lives, and by the evening, they will have aged 50 years.

Earlier this summer, we saw George Romero’s once-lost film The Amusement Park, a harrowing and timeless meditation about the way we treat the elderly. In 2020, Natalie Erika James treated us to her directorial feature debut Relic, a dim and terrifying metaphor for the degradation of an elderly mind and the waves it can cause on a generational scale. Mostly, films that explore our fear of aging start from the point of old age.

So, did Shyamalan’s innovation of forcing characters to live the entire lifespan in one day work?

When ‘Old’ Works, It Works

On a scale of stress and intensity, Old places somewhere between Uncut Gems and Annihilation. Shyamalan is acting on a simple, functional principle here: everything that can go wrong will go wrong. When there is seemingly nothing else that can go wrong, Shyamalan’s script creates more turmoil. It is stressful and relentless, carrying you from one upsetting incident to the next.

Of course, the concept of rapid aging leaves a lot of room for creativity in torture. Children go from toddlers to adults in a matter of hours. A pregnancy runs its cycle from conception to birth in the span of about twenty-five minutes. A body decomposes down to the bones within three hours. Wounds heal instantly, which Shyamalan inventively spins into a curse rather than a blessing (making room for the film’s most haunting and nauseating visual).

Visually, Shyamalan shows off one of his strengths: managing to make a film appear scarier than it is while showing us very little of the horror. Our imaginations are the best partner for the speed train script. The most upsetting moments, save for one or two visuals that go all-out, are carefully concealed by camera angles, scenery, and props, leaving us to deduce that something even more disturbing is playing out where we’re not allowed to look.

Although the characters as they’re written unfortunately carry a lot of disappointment, the performances that drive them are fantastic across the board. Alex Wolff, who wowed audiences as a traumatized teenager in 2018’s Hereditary, stands out yet again as a precocious six-year-old boy who has aged into an older body but still has the speech patterns and mannerisms of a child. Aaron Pierre is also convincing as Mid-Sized Sedan (a truly unfortunate name choice), a rapper who spins the storyline into motion.

For a film that intends to explore the concerns and natural fears of aging, Old could certainly spend more time digging its nails into some of the implications that come from its concept. Of course, we are confronted at almost every moment with sheer panic, but sometimes Shyamalan’s script calls for a deeper dive into the philosophy of what he’s presenting and it suffers.

When the children reach puberty, they learn about the birds and the bees on the fly. This is almost immediately punished, presented as a cautionary tale, but also almost as a comedic moment. This comes off as slightly immature instead of realizing its potential as a disturbing and dark element. Where he could have invoked questions about the passage from childhood into adolescence and the way we tend to link that voyage to sex, Shyamalan chose this moment to relax and ride it out.

Probably the most disappointing example is the arc of Abbey Lee’s character Chrystal, a woman obsessed with appearance and youth. Once again, an opportunity is presented here to reckon with society’s standard of beauty and how it is stacked against elderly women, but instead chooses to reduce Chrystal to a shrill mess, screaming at the rest of the doomed crew not to look at her as soon as her face starts to crease. It’s a fairly misogynistic trope, a tired one at that, and it feels no less exhausting here than it does anywhere else.

This is a M. Night Shyamalan movie, and even audiences outside of the niche fandom know his filmography for its common thread: a last-minute plot twist that, as the joke goes, tends to ruin an otherwise perfectly good movie. It all started with the infamous and warmly received shocking end of The Sixth Sense and has become a staple in his writing ever since, for better or for worse. His love for plot twists has spawned parodies and groans, and the question on most moviegoers’ minds as the house lights dim is what the twist will be.

Old is no exception. Shyamalan simply cannot help himself, and at first, the twist here seems more like an explanation – and a very clever one at that. It’s the second twist, which pivots the entire tone of the film that may leave a bad taste in people’s mouths yet again. For some (admittedly, myself), this may spoil the rest of the movie, which has a lot of merits even throughout its messier times. But also like a lot of his other films, it’s enjoyable and worth a watch, even if you have to forget the last five minutes.

Have You Watched Old?

We hope you enjoyed our Old review! Have you seen the film? Let us know on social media!