Did you love E.T. but wish it was significantly more messed up? 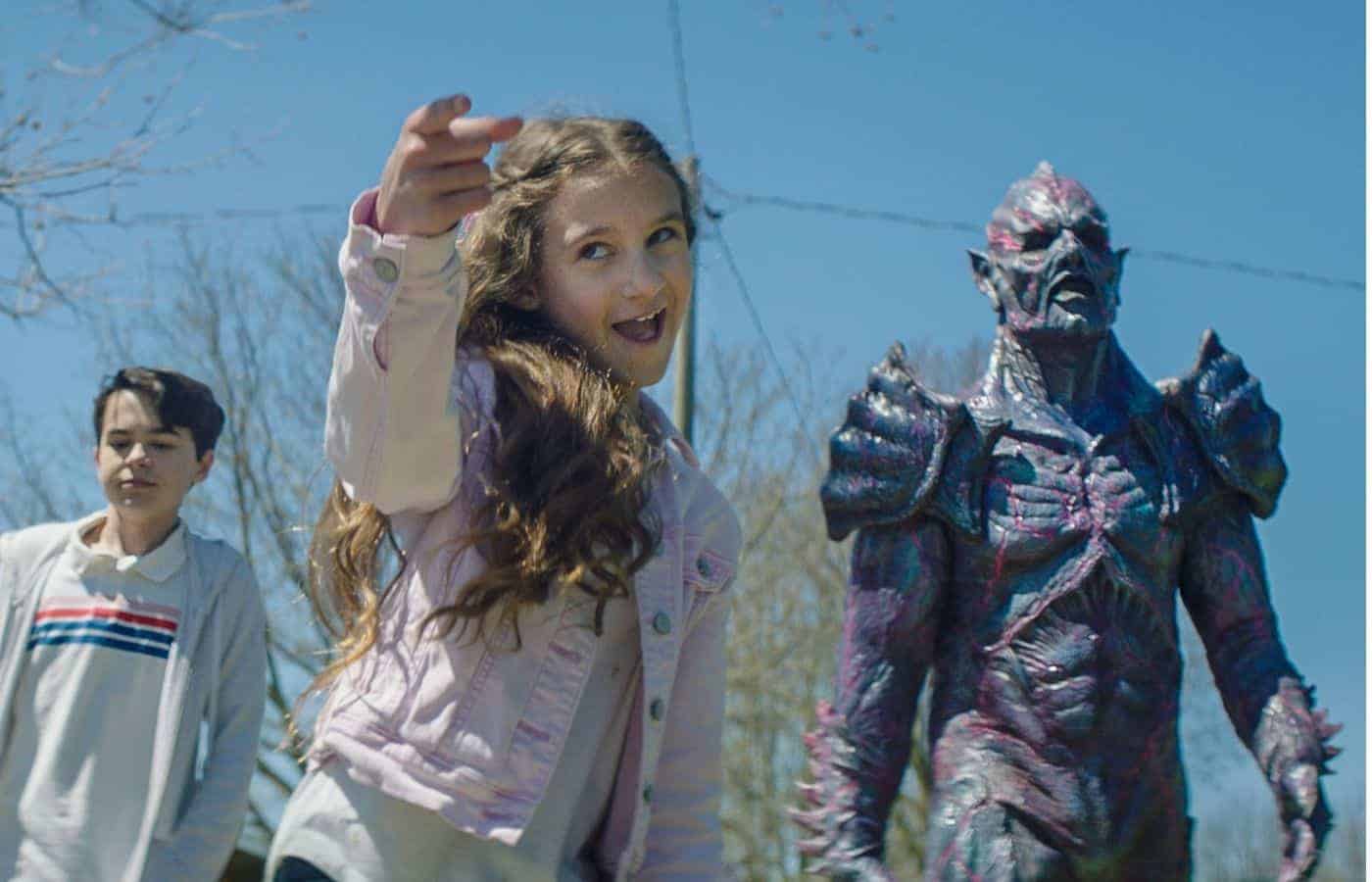 PG: Psycho Goreman is the latest film from writer and director Steven Kostanski, and it’s a wild ride you surely won’t forget.

Did you love E.T. but wish it was significantly more messed up? Do you love the O.G. Power Rangers? Did you wish their hokey villains would literally rip the heads off of their victims? Well, if any of those statements can be applied to you then we have the perfect film for you. PG: Psycho Goreman is the latest film from writer and director Steven Kostanski, and it’s a wild ride you surely won’t forget.

PG: Psycho Goreman (or P.G. for short) follows the story of a monstrous humanoid alien who crawls out of the earth determined to destroy and conquer the universe until his plan is foiled by a group of kids. Sound familiar? Well, if you’re thinking this is like something you’ve seen before…it’s not. I promise.

Quite a bit can be said about just the visuals alone in this film. PG: Psycho Goreman delivers some familiar elements that would stand out to any 80’s and 90’s sci-fi or horror genre junkies as well as any fans of kaijus, Power Rangers, and even Doctor Who to name just a few. A big thing I admire about this film is its costume and makeup.

PG: Psycho Goreman seems to take pride in being heavily made up of practical effects, which easily stands out in any of the costuming done for the many scenes involving the uniquely outlandish alien beings that we meet along the way.

If you’re a fan of gore, there is plenty in store for you as well. The movie definitely does not hold back and lives up to its name with plenty of face melting and decapitations for your enjoyment that also seem to be mostly practical and very well done. This movie helps to remind us why practical effects remain king in film.

Another shining star, if not THE shining star of this movie, is its cast. The main family the story follows is wonderfully wacky and each member has their own individual personality that perfectly complements the others for some smart and goofy moments.

From the start of the film the family seems to play off of each other almost perfectly and there are plenty of comedic moments between them that seem to hit just right. (Though if you’re not a fan of a bit of darker humor, this may not be the film for you.)

Each character is a caricature of their own individual personality and amped up to ten (the lazy “fun” father, the exasperated mother and the devil child to name just a few), which leaves the movie filled with plenty of over exaggerated memorable line exchanges and small comedy beats that will stick with you.

The leading monster stands out just as far, however, make no mistake about that. Along the way P.G. (played by Mathew Ninaber) is put through some pretty hilarious moments while he attempts to understand earth as well as human kind. Our new best extraterrestrial friend has quite the experience while Mimi (played by Nita-Josee Hanna) puts him through the ringer.

Some of the most entertaining scenes of the film are watching P.G. frustratedly attempt to continue his plan while consistently being foiled. You’ll have quite the time watching as Psycho Goreman presses on, discovering television for the first time, playing dress-up, and even discovering his own sexuality.

Are You A Fan Of Psycho Goreman?

Overall, PG: Psycho Goreman is a fun and outrageous horror comedy with plenty of unique elements that will remain drilled into your brain afterwards. Along the way you’ll laugh, probably give a few looks of disgust, and have an all-around good time. Who knows, maybe afterwards you’ll want to go outside and play a few rounds of crazy ball.