Are the measures taken by Jigsaw and his disciples in the Saw Franchise really all that different from their victims? 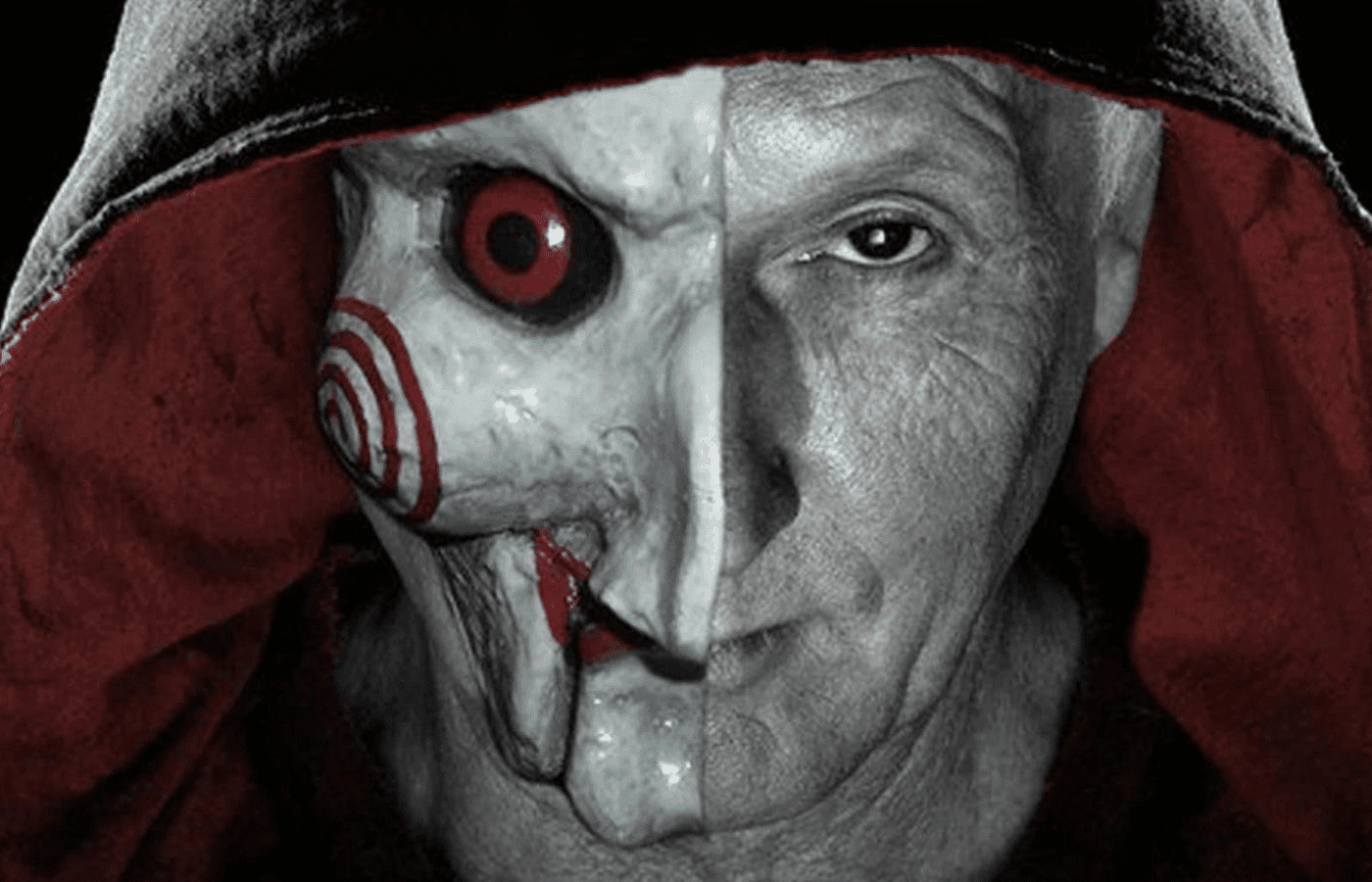 Are the measures taken by Jigsaw and his disciples really all that different from their victims?

If we were to play a word association game, and I said, “Saw franchise,” what would you say? I’m guessing your thoughts were immediately a swirl of Rube Goldberg-like contraptions, a grainy TV displaying a puppet that growls instructions to escape said devices, and, of course, plenty of gore. Ever since Saw entered the cultural zeitgeist in 2004 and spit out seven sequels over the course of seven consecutive Halloweens, the word has become synonymous with torture, twists, and gallons of blood and guts.

The further you get into Saw’s canon, the more extreme it becomes. Each entry really seemed to dare itself to outdo the former. The result was a reputation for shock value at the expense of substance.

The series released what was originally thought to be its final chapter in 2010 with Saw 3D, returning briefly for an eighth installment called Jigsaw in 2017, which served as both a prequel and sequel. The excitement for the series’ revival then was slightly capped to the franchise’s existing fans and it made less at the box office than its predecessors.

When the teaser for Spiral: From the Book of Saw dropped in early 2020, a different appetite for the franchise’s offerings seemed to emerge. The involvement of big-name actors, such as Chris Rock and Samuel L. Jackson along with the introduction of comic relief appealed to a more general audience of film-goers, while also sneaking in callbacks that would draw in Jigsaw’s die-hards. It also signaled the return of director Darren Lynn Bousman, who helmed the second, third, and fourth films.

I was curious about Spiral; it seemed to be bringing something different to the table. Like some casual fans, I had become disenchanted with the franchise somewhere along the line, fatigued by the melodramatic storyline and the clever but repetitive traps. After making the decision to undergo a Saw marathon prior to the release of Spiral, a different picture just underneath the grisly surface of the series formed.

It seems that a lot of us overlooked the complex themes that run through every test, twist, and apprentice, including those woven into Spiral.

Jigsaw and His Apprentices are Philosophically Inclined

The original Saw only briefly presents John Kramer/Jigsaw (Tobin Bell) as a character but is deeply entrenched in Kramer’s personal philosophy as a villain: life is a precious gift that is too often squandered, and those who don’t appreciate the gift can only be woken up to their complacency through extreme measures of survival.

Saw II, which spends most of its runtime in conversation and debate with Kramer and Detective Eric Matthews (Donnie Wahlberg), reveals that Kramer does not think of himself as a murderer. Quite the opposite, actually: the tests and games are intended to provide an opportunity to enjoy life. He truly believes that he is handing his victims the tools that they need to survive and subsequently become a better person.

This isn’t just demonstrated through Kramer’s words, but also the ironic symbolism of the tests themselves. Often, the traps or psychological games were specifically designed to focus on the reason that Kramer tapped the victim in the first place. Later in the series, as Kramer’s apprentices take over after his death, the traps become less thematically subtle and more direct.

This appreciation for life by way of brute force is pretty overlooked as a brilliant element to add to the horror genre. However devious, by wanting his victims to survive, John Kramer is a sympathetic villain with disciples who feel awoken to a higher cause by his work.

Spiral takes a different approach: the copycat killer at the film’s center is definitely attempting to punish more than enlighten upon the chance of survival, which ties into one of Saw’s other major themes.

The Games are a Moral Tug-of-War

Early in the series, we learn that John Kramer is a cancer patient with a bad prognosis, as well as a survivor of attempted suicide and the victim of a senseless crime that lead to the death of his unborn child. Kramer is a man steeped in trauma that filled him with a bitter distaste for those who were wasting their comfortable lives, leading to his questionable set of morals. He influences his disciples into the same cognitive dissonance that they use to justify their crimes.

The psychological tests that he puts his victims through are sometimes designed to be sympathetic to their plight. These are usually people that the criminal justice system failed, such as the father of a hit-and-run victim. On the flip side, he also targets detectives such as Eric Matthews, who planted evidence and falsely put people in jail in order to advance his career.

In Spiral, the copycat killer specifically targets corrupt police officers. One, in particular, was directly responsible for the murder of a civilian, shooting a man to keep him from testifying in another police brutality case. The film explores the concept of moral ambiguity more directly through its main character Zeke (Chris Rock), whose strong moral compass puts him in compromising positions as he attempts to protect the colleagues who subjected him to abuse after he reported a dirty cop.

The most straightforward theme of system failure comes from Saw VI, which tests a cutthroat health insurance executive named William Easton (Peter Outerbridge). The film takes careful measures to show us that Easton is a villain, providing examples of times he denied coverage to people in desperate need. You might be able to guess that one of his victims was none other than John Kramer, who was denied cancer treatment.

Both the sixth installment and Spiral draw a circle around the moral ambiguity that runs through the series. By targeting ordinary people that are killing others either slowly by denying them medical coverage or quickly by shooting them at the first sign of trouble, the lines blur. Are the measures taken by Jigsaw and his disciples really all that different from their victims?

It’s Not Without its Flaws, But it Works

The Saw films definitely can be a bit of a chore. The storyline is like a heavy metal soap opera; the twists, overlapping timelines, and interlinking of all the characters can provide for some serious confusion, especially if someone were to step in without having any prior knowledge of the sequels. They’re exclusively designed to be watched chronologically and any missing links can make for confusion. Spiral is the sole exception; it can be watched and enjoyed completely out of context.

After almost two decades in the genre, Saw may be seeing a new beginning. With the promising (for a pandemic) box office numbers, Spiral set off the traps to pull people into the franchise, looking for a new and fresh revival. The twist just may be that there was something more to it all along.