The Lore Of Phone Dude In Five Nights At Freddy’s

Glad You Came Back For Another Night! 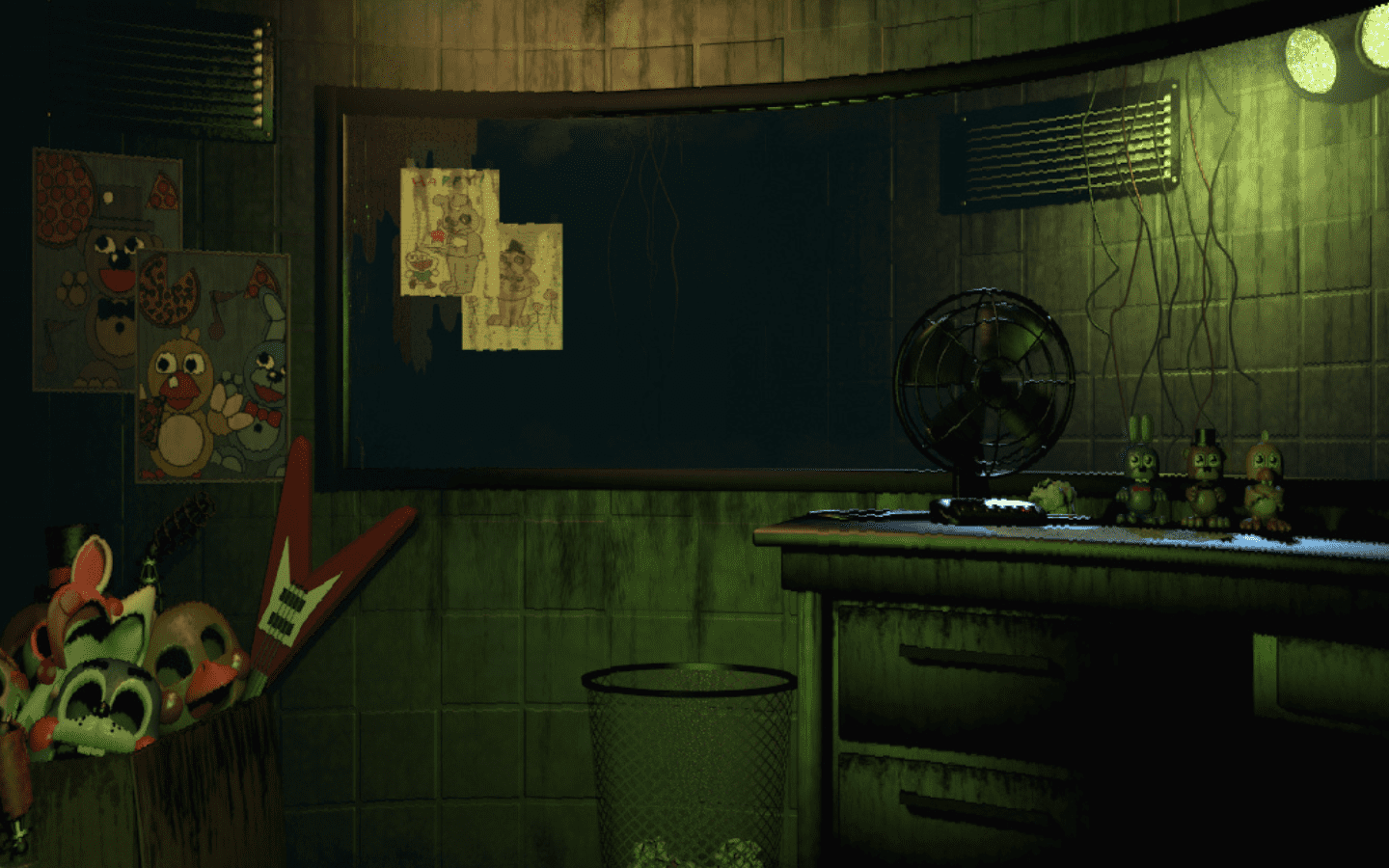 Who Is Phone Dude?

Phone Dude is an unnamed character in Five Nights At Freddy’s. Fans call him ‘Phone Dude’ because he is similar to ‘Phone Guy’, but has more of a California ‘sufer dude’ way of speaking. Phone Dude only appears in Five Nights At Freddy’s 3. He is one of the higher-ups for the Fazbear Frights horror attraction. This attraction is a haunted house/museum based on the murderous events of Freddy Fazbear’s Pizza.

Phone Dude is portrayed by Scott Cawthon, the creator of the Five Nights At Freddy’s series. Scott also does the voice of Phone Guy in the first three entries in the franchise.

RELATED: The Lore Of Gregory In Five Nights At Freddy’s

The Lore Of Phone Dude

There is not much lore to be had with Phone Dude. Much like Phone Guy, Phone Dude’s main role is to introduce players to the new game and give a brief tutorial of how the mechanics work. That said, we do get a few tidbits of information that tell us about what is happening to Phone Dude during the events of Five Nights At Freddy’s 3.

Phone Dude and his employees are in charge of finding relics of old Fazbear restaurants for the attraction. In FNAF 3, you can see that Fazbear Frights is filled with old Freddy’s merchandise, props and drawings. Phone Dude must be scouring the old locations to pick up whatever he can to make Fazbear Frights at scary as possible.

The main twist of this, and the main focus of FNAF 3’s gameplay, is when Phone Dude finds a full animatronic in the secret back room of an old location. What Phone Dude doesn’t know is that he has found the body of villain William Afton. At this point in the story, William Afton has been killed inside of his spring lock suit. His soul is currently haunting the suit in which he died, turning him into the antagonist known as Springtrap.

Phone Dude should have just left Springtrap rotting in the back room of Freddy Fazbear’s Pizza. However, he didn’t know better, so we can’t really blame him.

Another exciting find by Phone Dude is a set of training tapes recorded by none other than Phone Guy. While Phone Dude is the replacement Phone Guy in Five Nights At Freddy’s 3, he only does the phone calls for the first two nights. After that, Phone Guy takes over for the rest of the game.

RELATED: The Lore Of Vanny In Five Nights At Freddy’s

“Hey, hey! Glad you came back for another night! I promise it’ll be a lot more interesting this time! We found some great new relics over the weekend, and were out tracking down a new lead right now! So, uh, let me just update you real quick, then you can get to work. Like, the attraction opens in like a week, so we have to make sure everything works, and nothing catches on fire!

When the place opens, people will come in at the opposite end of the building, and works their way toward you, and past you, and out the exit. Uh, yeah, you’ve officially become part of the attraction. You’ll be starring as…The Security Guard! So not only will you be monitoring the people on the camera as they pass through, you know, to make sure no one steals anything or makes out in the corner, but you’ll also be a part of the show! It’ll make it feel, really authentic, I think.

Uh, now let me tell you about what’s new. We found another set of drawings, always nice, AND A FOXY HEAD! Which we think could be authentic! Then again, it might just be another crappy cosplay. And we found a Desk fan, very old school, metal though, so watch the fingers! Uh, heh!

Uh, right now the place is basically just, you know, flashing lights and spooky props. I honestly thought we’d have more by now, uh, if we don’t have anything really cool by next week, we may have to suit you up in a furry suit and make you walk around saying: “Boo!” Heh heh. uh, but you know like I said, we’re trying to track down a good lead right now. Uh, some guy who helped design one of the buildings, said there was like, an extra room that got boarded up? Or something like that.

So! We’re gonna take a peek, and see what we can find. Uh, for now just get comfortable with the new setup. You can check the security cameras over on your right with a click of that blue button. You can toggle between the hall cams and the vent cams. Uh, then over on your far left, you can flip up your maintenance panel. You know, use this to reboot any systems that may go offline. Uh, in trying to make the place feel more vintage we have overdone it a bit! Heh heh.

Some of this equipment is barely functional! I wasn’t joking about the fire, that’s a real risk. The most important thing you want to watch for, is the ventilation. Look, this place will give you the spooks man, and if you let that ventilation go offline, then you’ll start seeing some crazy stuff, man. Keep that air blowing! Okay, keep an eye on things, and we’ll try to have something new for you tomorrow night.”

RELATED: The Basic Lore Of Five Nights At Freddy’s

“Hey, man! Okay, I have some awesome news for you! First of all, we found some vintage audio training cassettes. Dude, these are like, prehistoric! I think they were, like, training tapes for like other employees or something like that. So, I thought we could, like, have them playing, like, over the speakers while people walk through the attraction.

Dude, that makes this feel legit, man, but I have an even better surprise for you, and you’re not gonna believe this! We found one. A real one. Uh, uh, gotta go man! Well look, It’s in there somewhere, I’m sure you’ll see it. Okay, I’ll leave you with some of this great audio I found. Talk to you later, man!”

Are You A Fan Of Phone Dude In Five Nights At Freddy’s?

Phone Dude is one of the sillier characters in this horror series. However, I thought they were a great addition to the lore. Are you a fan of Phone Dude in Five Nights At Freddy’s 3? Let us know on social media!