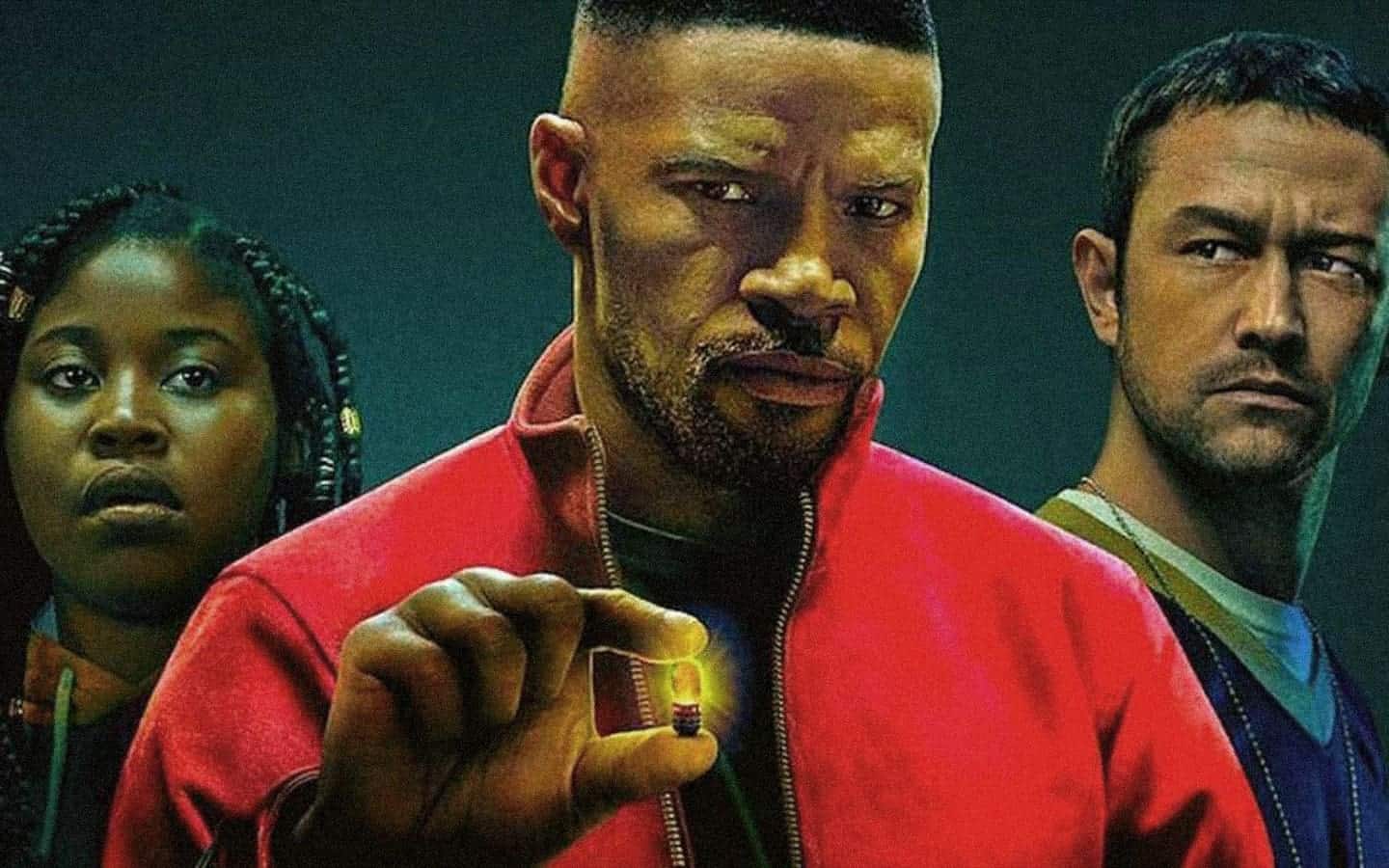 Project Power is a Smorgasbord of Genres.

Currently streaming on Netflix is Project Power (2020), i.e., the sci-fi equivalent of a smorgasbord of genres. In particular, this film is a mash-up of some of the most riveting pieces of human enhancement fantasies (or monstrosities) we’ve envisioned across nerdom. Results may vary whether or not you like the dialogue in certain scenes, but the film in its entirety is incredibly solid. With excellent set pieces and engaging character work across the board, the film is a highlight for the streaming service to debut. This isn’t a spoiler per se, but the film’s elements of medical military horror were almost on the nose with Jacob’s Ladder (1990) levels of uncanny. Lest we forget, there’s nothing new under the (media) sun.

The nature of the (super)powers on display throughout Project Power hearkened back to the plasmids/vigors of Bioshock (2007)/Bioshock Infinite (2013) that granted the user temporary skills such as ice, flame, teleportation, and healing abilities. The DC animated series Batman Beyond (1999) had ‘splicer’ episodes that dealt with teenagers that were, as their name implies, spliced with various animals to have enhanced strength and speed. Speaking of more DC animated properties, the show Static Shock (2000) had a similar plotline of people whose powers emerged in response to a ‘quantum vapor’, aptly named the ‘Big Bang’.

The television series Black Lightning (2018–) from the CW has an incredibly similar premise to the film Project Power with a drug entitled ‘Green Light’ that gives the user enhanced strength, longevity, and invulnerability, as well as the overarching plot of the city being an experimental petri dish for the government to create meta-human soldiers.

The film’s premise is relatively straightforward. United States soldiers are the original test subjects for a series of radiation trials that would give them supernatural or animal abilities. During this experimental phase, the dosage of power is concentrated into a capsule which is later tested on ordinary citizens to gauge its overall effectiveness. The historical narratives that these heinous acts engender are innumerable if one recalls a plethora of experiments utilized against the U.S. military or an unsuspecting populace. This film represents a snapshot of our reckoning with the past and the present of medical experimentation and what that truly means in modernity. The truth has become inescapable.

The setting of the film was such a breath of fresh Louisiana air. Rarely are films within this genre highlighted in the south and, moreover, in the wards and parishes of predominantly Black communities. The film at times did seem like a tourist commercial, but those moments were very infrequent and weren’t too detracting from the overall film. Personally, my favorite moments in the film were when they acknowledged their status as survivors of Katrina and what that meant for them as citizens of such a resilient place. Speaking of resiliency and prescience, there is a category 4 hurricane heading towards the state as of this writing on August 27, which is 15 years after the devastating event upended so many lives. Their welfare while watching this film was constantly in the periphery of my thoughts.

Project Power’s highest achievement (in my humble opinion) is the respect and homage given to Henrietta Lacks, whose cells were harvested in the 1950s without her consent and were later discovered to contain the secret to various healing factors and are constantly self-replicating. The overarching horror of this film is the medical experimentation and I’m glad that the film didn’t shy away from the implications of that for Black Americans. However, the historical messaging of it isn’t as blaringly loud as one would hope, but the film wields its imagery and dialogue carefully and succinctly enough to not be cringe-worthy or disrespectful.

For every surefooted step, there was a stumble in the narrative with eyebrow furrowing moments or outright eye-roll worthy handling of certain messages or tropes. The ‘don’t do drugs’ angle of this film was almost 1980s/1990s levels of corny and phrases like ‘use your talents’ (in this instance hip hop) to take the system down almost made me guffaw. We know now that you need a lot more than some dope rhymes to challenge the establishment, like MONEY, policy, and legislation.

The rap moments were awesome in the film–claps to the talented Chika–but they are a tad distracting…perhaps it’s the pacing or editing. I understand what they were trying to convey by eluding to the fact you have your own internal power and to use it for good, blah-blah-blah, but it just wasn’t written or executed the most adeptly in the film. Also, the one good (White) police officer trope was something I thought I’d seen set sail back in the early aughts, but here it is again, rising from the ashes of my discontent.

An individual may not be as irritated by these bygone tropes as I am, but *sigh* I thought they’d gone in the writing bin ages ago. Also, the lack of nuance surrounding who gets punished for using, selling, and dealing drugs wasn’t lost on me either. The film heavily leaned on this woebegone bit that painted Black people as the primary users/dealers of narcotics and the higher you go up the ladder, non-White and White people are getting rich from our oppression.

Well, that’s not entirely inaccurate but the heavy-handedness of it was off-putting, especially when we had the final showdown with the ‘big bad’ of the film, who was (say it with me) some suit-wearing White pharmacy lady. This film seems like it was originally intended as a limited series or it should have been to give the elements in the film a chance to marinate a tad longer.

However, my opine shouldn’t dissuade you from seeing this film and all of the cool sci-fi gory goodness it showcases. The movie was indeed fun, entertaining, and beautifully shot. Plus, ALL of the main Black characters had their ‘happily ever afters’ and survived to see the end credits…so there’s that.