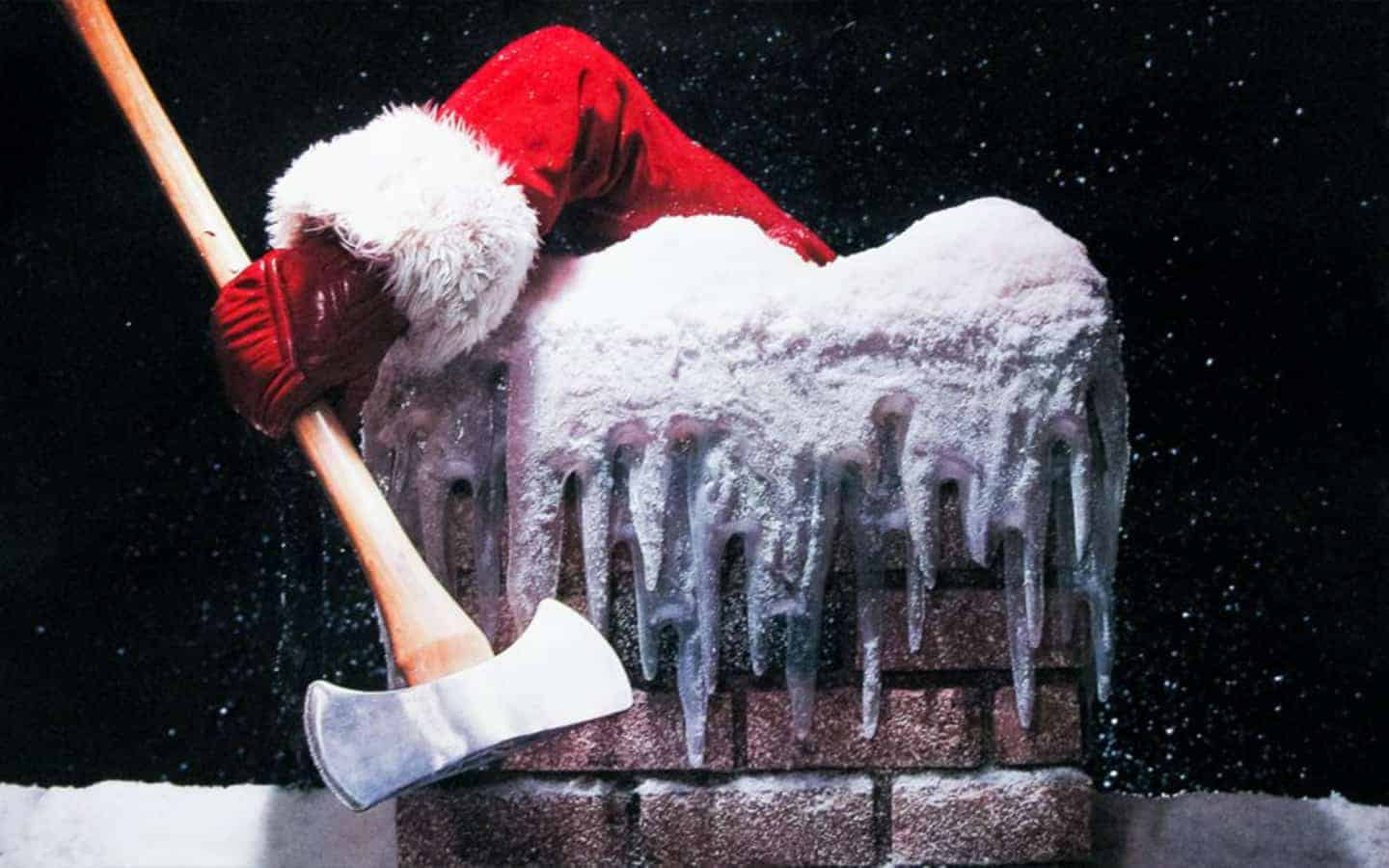 Unpacking the protests and controversy of Silent Night Deadly Night.

Horror films have always pushed the boundaries of censorship and one of the best examples of this can be found in arguably the best decade for the genre. In the winter of 1984, Silent Night Deadly Night took audiences by storm. The film sparked protests and threatened the “sanctity” of Christmas. Let’s unwrap the film’s controversial history and see what made it a cult classic.

What is Silent Night Deadly Night About?

Silent Night Deadly Night follows the tragic journey of Billy (Danny Wagner), a young child whose parents are ruthlessly murdered by a costumed Santa Claus. This, of course, leaves Billy traumatized and after becoming an orphaned child who is raised by nuns, he’s told to suppress his tragic memories of the event. Billy (Robert Brian Wilson) eventually grows up to work in a toy store and after being forced to dress as Santa for Christmas, terror shortly follows.

Silent Night Deadly Night was inspired by films like Halloween and Friday the 13th. Just another costumed slasher coming for deviant teenagers. Tristar Pictures was set to distribute the film to audiences everywhere and what happened next went something like this…

Imagine you’re 10 years old and still incredibly impressionable. You just finished a big dinner with your family and you all gather on the couch to watch TV. Ten minutes into your favorite show a commercial break airs, still tentatively watching, a tv spot break airs and displays a figure dressed as Santa blowing people away with a handgun followed by several people screaming.

This was the reality for many families across America during 1984 and it left parents outraged and children potentially traumatized. The trailer alone struck a chord with parents, unlike past slasher movies, that chord being ol’ Saint Nick. Santa Clause was an untouched, pure, character, up until this point, that children everywhere could trust and after seeing an advertisement for a film about a killer Santa Clause, parents mobilized.

Parents called TV stations to complain about the ad. At the film’s premiere at the Interboro Quad Theater in the Bronx, PTA members joined protesters by picketing the theater and singing Christmas carols. At another theater in Milwaukee, which was perhaps the loudest to protest, a group known as Citizens Against Movie Madness picketed with signs that read “Save Santa” and “Santa is not a Murderer”. Newspapers and film critiques everywhere caught wind of the controversy and put their hats into the ring.

Famous film critics Siskel and Ebert condemned the film, even going so far as to say that all the money the filmmakers were earned was blood money. Leonard Maltin called it a “…worthless splatter film”, giving it zero stars and asking:

“What’s next, the Easter Bunny as a child molester?”

Tristar Pictures, heard the message loud and clear and nearly a week after the film’s release in Milwaukee, they pulled it from theaters. One of the organizers from Citizens Against Movie Madness was invited to Good Morning America. Her name was Karen Knowles and she boasted about the effectiveness of the protests by saying…

But that’s not how this story goes. Silent Night Deadly Night premiered the same opening weekend as A Nightmare on Elm Street and outgrossed the film with the weekend box office. The film was re-released a year later with a brand new marketing strategy, one that held back on the violent visuals and instead wore the controversy on its sleeve. People continued to flock to theaters and because of it, the film spawned four sequels and even a loose remake.

“People have taken offense at Santa being used in a scary context… Santa Claus is not a religious figure, he’s a mythic character. I didn’t deliberately ride roughshod over that sensitivity and I didn’t anticipate the objection to it.”

Barmak is right, Santa is a mythic character but it’s understandable to a degree where parents are coming from. If my youngest child witnessed a killer Santa on TV without context I’d be upset too. But that’s not necessarily the fault of Barmak or even the writers of the film. Perhaps a little more tactful editing in regards to the commercial along with better time slots for the commercial to air could have potentially solved a lot of the direct outrage.

But even so, most of the parents, including Karen Knowles wanted to ban or get rid of films like this completely as stated earlier. Public groups and local governments have consistently scrutinized genre films since the beginning of the industry.

A Brief History of Censorship in Filmmaking

During 1913 the state of Ohio formed a board of censors that reviewed and approved all films intended to be exhibited in the state. The Ohio board had the power to order the arrest of anyone showing an unapproved film. Two years later there was a United States Supreme Court case titled Mutual Film Corp. v. Industrial Commission of Ohio concluded by saying motion pictures did not merit First Amendment protection.

This case drove an increase in the regulation of movie content, which culminated in the enforcement of the Hays Code. Movie studios and states decided to self-censor partly to avoid the different laws regarding censorship in different states around the country. Some of the rules regarding the Hays code were as follows…

Eventually, the Hays Code transformed into the Motion Picture Association of America or the MPAA, the same organization that continues to decide on film ratings to this day.

There’s always been a philosophical discussion on free speech and censorship. In the horror genre, writers and directors had to subvert their dialogue by creating monsters and creatures to get across their beliefs without being attacked or most literally imprisoned. Laws have of course become less restrictive over time but censorship continues to play a role in what movies we see today. I think Sam Raimi said it best while he was on a press tour for Evil Dead II… (12:00)

The Importance of Genre When it Comes to Censorship

Films like I Spit on Your Grave, Texas Chainsaw Massacre, The Exorcist, and Psycho are not only phenomenal pieces of art but phenomenal examples of movies that have continued to push against censorship guidelines. Of course, Silent Night Deadly Night is a cult classic and has become nothing much other than a fun slasher film but its place in time is significant to the entirety of the horror genre.

Whether it was intended as a cash grab, another run-of-the-mill slasher, or even commentary on the overreach of religion, it continues to join the armoire of movies that are pushing the boundaries of censorship in genre filmmaking.

Are you a fan of Silent Night, Deadly Night? What are your thoughts on the controversy surrounding its release? Let us know on social media!