While works of fiction such as To Kill A Mocking Bird, Of Mice And Men, and The Crucible show the ugliness of frontier justice, Pumpkinhead does what horror does best and makes a concept truly horrific. 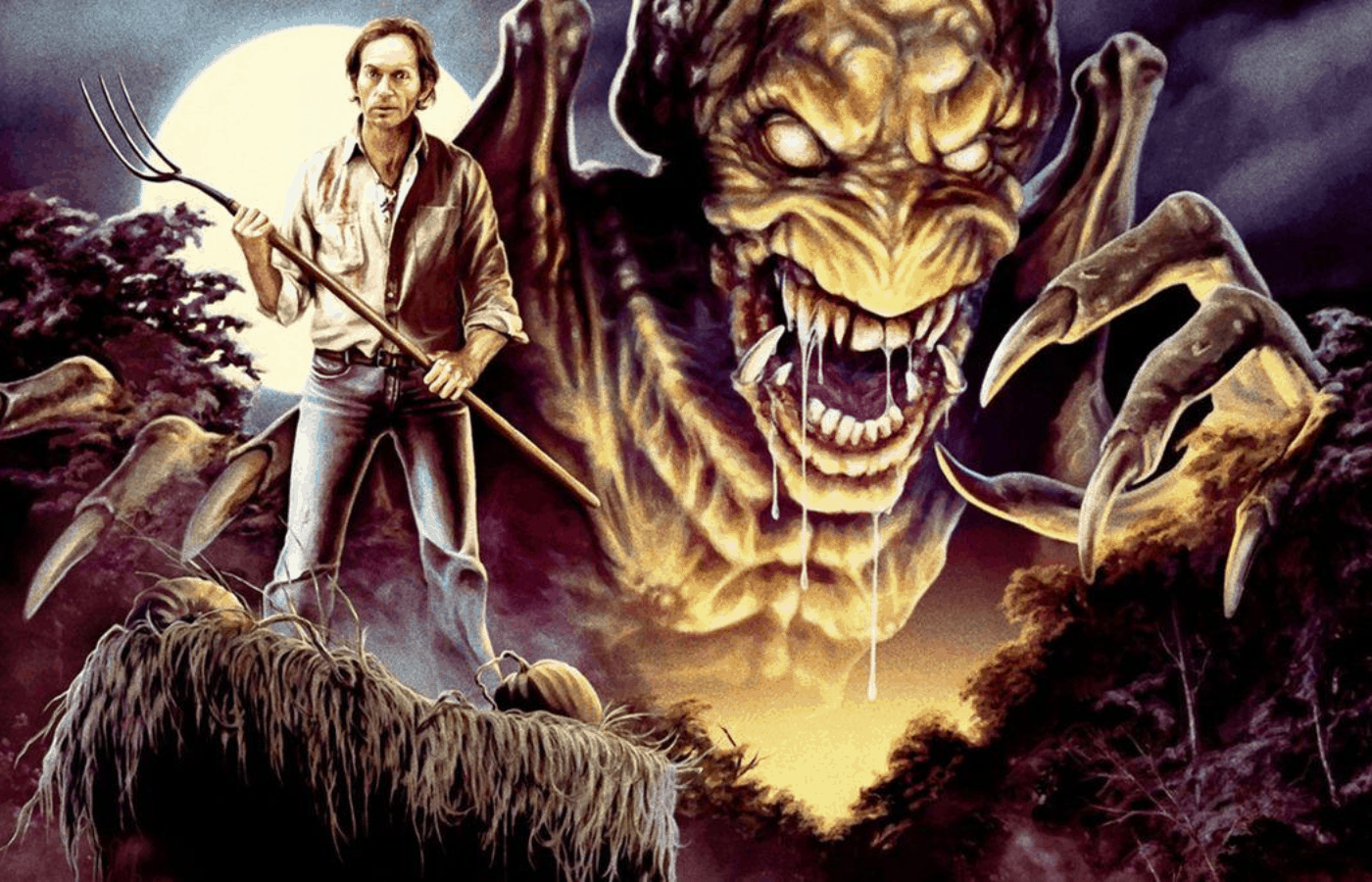 The Devil Is In The Details

If you ask a horror fan what decade had some of the best films within the genre, 99.999999% of the time the 1980s would be brought up. And honestly, in terms of sheer quantity it’s hard to disagree with films such as Friday the 13th, The Re-Animator, and Hellraiser, to name a few. But one film that toes the line between underrated gem and beloved classic is 1988’s monster movie Pumpkinhead. And while most would agree that it’s a solid creature feature with one of the most badass practical movie monsters, I feel the film offers more than just cool monsters and standout performance of Lance Hendrickson. In particular how the film comments on the mortal danger that is frontier justice and how in the end all it truly is, in a nutshell, is bloody vengeance.

Directed by special effects master Stan Winston (who was behind the effects works of films such as Jurassic Park, Aliens, and Predator to just name a few), the film follows a single father named Ed Harley (Hendrickson) who after the tragic death of his young son due to a hit and run accident involving a group of teenagers, desires vengeance of the crime that had transpired. His grief and anger led Harley to meet an ancient witch, who told him that while she can’t resurrect his son, offers him a way to satiate his hatred at the cost of his soul. Harley agrees and summons the demonic entity Pumpkinhead who is on a warpath to kill all the teenagers linked to the boy’s death. Ed soon realizes not only he connected to the entity physically and spiritually, but this is a solution much worse than he ever expected.

The film works as a straightforward yet brutal supernatural monster story akin to the works of Stephen King and Clive Barker. Lance Hendrickson himself sells the suffering anger and guilt of a father who lost the one thing truly important in his life, who is even willing to sell his soul to summon the titular demon. The film also shows the perspective of the reckless teens, while some are clearly selfish in not wanting to admit fault, the film makes it clear you aren’t supposed to get any catharsis joy whenever Pumpkinhead kills his victims. In a way this is a perfect reflection of the concept of frontier justice.

Usually, the later example ends very ugly in the forms of vigilantism, mob mentality, and swift punishment without any judicial process. And it gets much, much uglier when it’s motivated by high emotions. Many of these cases of frontier justice are usually fueled by some form of prejudice such as rumors, superstition, racism, or some other bias that leads to an individual(s) getting targeted just so some satisfaction is given to those who had felt they were wronged.

In his article, Reckoning with History: The Legacy of Lynching in the West, historian Adam Sowards points out how American frontier justice is usually fueled by prejudice violence instead of how it was romanticized in western media. Sowards writes:

“As Bancroft showed, Westerners can easily fall into a trap when they try to distinguish good lynch mobs from bad ones. All lynch mobs are lawless and unjust, and they point to white supremacy — no matter what earlier Westerners might have insisted.”

Adams Sowards, Reckoning with History: The legacy of lynching in the West

Whether it’s the many racially motivated lynchings throughout American history, the paranoia of the Salem witch trials, to events in modern history such at the height of the 1980s AIDS Crisis with those infected with HIV persecuted by their community, so much of American history is filled with the unchecked mob mentality that leads to so many lives (most likely innocent) ruined or even lost. And while works of fiction such as To Kill a Mocking Bird, Of Mice and Men, and The Crucible show the ugliness of frontier justice, Pumpkinhead does what horror does best and makes a concept truly horrific.

In Pumpkinhead, we truly see how (pun unintended) hellish the desire for revenge can be as Lance Hendrickson’s character, Ed Harley, realizes that part of the process of summoning Pumpkinhead is the one who wants revenge is spiritually bonded to the demon as Harley sees how Pumpkinhead mercilessly kills his targets and he then feels the pain the monster feels and vice versa. Realizing his mistake, he begs the witch to stop the demon, but she says nothing can be done as it’s simply doing what he wanted: revenge. This theme of the hellish toxicity of swift justice reaches a very poignant peak during Harley’s final duel against Pumpkinhead, where the demon now has his face as Ed himself begins to show more demonic elements. And as he selflessly sacrifices himself to save the surviving teens, we see the witch carry his charred body, now resembling the original corpse used to summon Pumpkinhead.

Not only does it work as a perfect horror film for the Halloween season, but Pumpkinhead also exemplifies a good folklore horror film that tells a morality story to make a point on societal ills. In an era of many addressing the heinous nature of many aspects of American history, it always shows that the horror genre is ahead of the curve addressing these issues. And as we conclude this piece, let’s cap it off with the poem about Pumpkinhead himself:

“Keep away from Pumpkinhead,
Unless you’re tired of living,
His enemies are mostly dead,
He’s mean and unforgiving,
Laugh at him and you’re undone,
But in some dreadful fashion,
Vengeance, he considers fun,
And plans it with a passion,
Time will not erase or blot,
A plot that he has brewing,
It’s when you think that he’s forgot,
He’ll conjure your undoing,
Bolted doors and windows barred,
Guard dogs prowling in the yard,
Won’t protect you in your bed,
Nothing will, from Pumpkinhead!”