Good Manners (2017) explores the idea of parenting through a Queer lens of otherness and of course, werewolves. 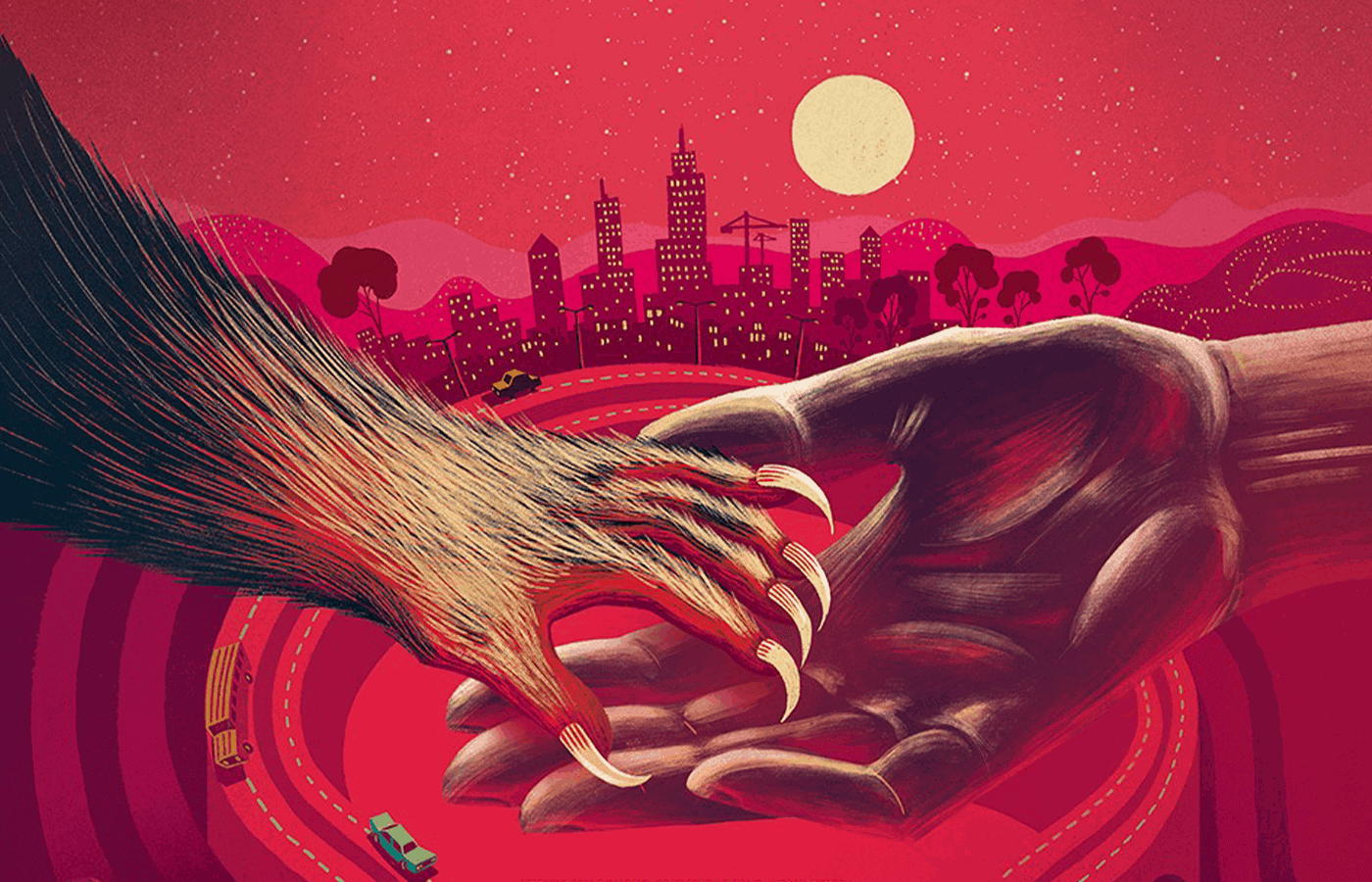 Queer representation and inclusivity continue to increase in horror, but one area that needs more exploring is Queer parents. Most parents in Queer horror films are typically cisgender and heterosexual, which should not be surprising given that there is still a stigma in portraying Queer families in media. However, films like 2017’s Good Manners explores the idea of parenting and families through the Queer horror lens of otherness and werewolves.

What is Good Manners About?

Written and directed by Juliana Rojas and Marco Dutra, Good Manners occurs in modern-day Brazil and begins with Ana, a single pregnant woman without any support from her family or friends. She hires Clara (Isabel Zuaa) to be a maid and nanny but, more importantly, help
her navigate a strange and turbulent pregnancy. The relationship progresses, though, and loving chemistry blooms between the women until Ana dies giving birth to her child, Joel (Miguel Lobo).

Clara learns that Ana is pregnant with a werewolf, which explains her pregnancy’s more strange elements and her unfortunate death. Clara takes Joel as her son, though, and becomes another single mother. Years later, Clara tries to control Joel’s werewolf abilities and hides his identity at night while living in a small town. Joel goes to school as a human, with all his needs and feral abilities are taken care of by his adoptive mother.

However, Joel wants to understand his identity and explore life, much to Clara’s dismay. Their relationship soon turns confrontational as they debate between liberty and safety while Joel’s lycanthropy abilities spiral out of control; leading to several tragedies and a choice that a mother must make to protect her child.

Good Manners is a splendid werewolf film that tells a fable story focusing on motherly love and otherness, the latter of which is a classic horror movie trope going back to Universal Horror, but especially important for modern Queer horror. In an article about the resurgence of werewolves, writer Meagan Navarro confirms several thematic elements of lycanthropy that link with human allegories:

Lycanthropy served as a metaphor for puberty, sexual awakenings, generational
trauma, religious persecution, and even ruminations on mortality.

Good Manners applies the metaphors as mentioned earlier through the eyes of Ana, Clara, and Joel. For Ana, she strives to move forward and enjoy her independence while being pregnant. For Joel wants to enjoy life, but his werewolf identity threatens human lives. For Clara, she will
do anything to protect her child while desiring to cure her child.

Clara’s dilemma is fascinating because it serves as an allegory to bigoted parents who say they love their Queer children yet still desire to cure them. However, the narrative is further conflicted because Clara is a Queer woman of color; she understands discrimination and feels compelled to protect Joel from his unique identity. So, she wishes to shield Joel from the persecution that she has known in her life. Given the film’s setting, it may be unsurprising that Clara would think it would be better to hide Joel.

There is an increase in hate crimes across Brazil in today’s world, which has been occurring for the past five years. As reported in The Guardian, Margareth Hernandez, a lawyer, and president of the gender law commission in Brazil stated:

Brazil is the world champion of LGBT murders. We are a very conservative country
where there is still much prejudice. Hate speech ends up propagating violence.

These statistics coincide with the hateful rhetoric of the current Brazilian government under President Jair Bolsonaro in regards to the country’s LGBTQ+ community. An article by Human Rights Watch documents how Bolsonaro’s government has provoked a hate climate in marginalized people. Human Rights Watch Americas Director, Jose Miguel Vivanco states the
following:

Human Rights Watch will closely monitor the rhetoric and actions of the Bolsonaro government. We will continue doing the rigorous, independent research and advocacy we have carried out in Brazil for the last decades in defense of human rights for all Brazilians, regardless of gender, sexual orientation, race, political beliefs, or religion.

In a way, Clara is protecting Joel from this violence and hatred instead of protecting others from Joel. She knows what will happen when their small town suspects a beast to be hidden amongst their society.

The parenting of both Clara and Ana is essential to acknowledge. During Ana’s pregnancy, Ana was succumbing to eating only meat (human meat) while sleepwalking. This became a routine to provide food for her child, giving red flags to Clara. As Clara and Ana become girlfriends, Clara decides to take care of the child alongside Ana. By the second half of the story, Clara becomes a helicopter mom to Joel in order to contain his werewolf outbursts with methods such as chaining him to a wall and locking him in a vault every night.

Impressively, Queer parents and this case, Queer women become the protectors of their children against society. The film does not discriminate Queer parents due to their sexual orientation; instead, the Queer parent is treated like any other heterosexual parent. In an article regarding the film, Joshua Anderson says:

What I found most powerful about Good Manners is that the Queer aspects are never used as a tactic to be controversial or to take away from the story. It is simply a story of two women who fall in love during a peculiar time of their lives, and how that love continues in a (werewolf) child who remains a symbol of Ana and Clara’s undying, powerful love.

Homophobia does not play a central role in Good Manners, but so much as it is a supporting theme or subtext that gives a platform to the struggles of Queer parenting. The Queer parents (Ana and Clara) are placed at the center of horror in different stages of the parenting
experience as they care for their child.

No matter if the child is a werewolf, love is what truly triumphs. In this respect, Good Manners is an excellent addition to the Queer horror canon and werewolf subgenre. Werewolves gain allies with outcast humans whose otherness is a threat to a bigot society, a metaphor for how the LGBTQ+ community and allies come together to push back the forces constantly trying to keep them down.