With it being such a big and traumatic event for many, it was inevitable that 9/11 would influence the media that followed it. 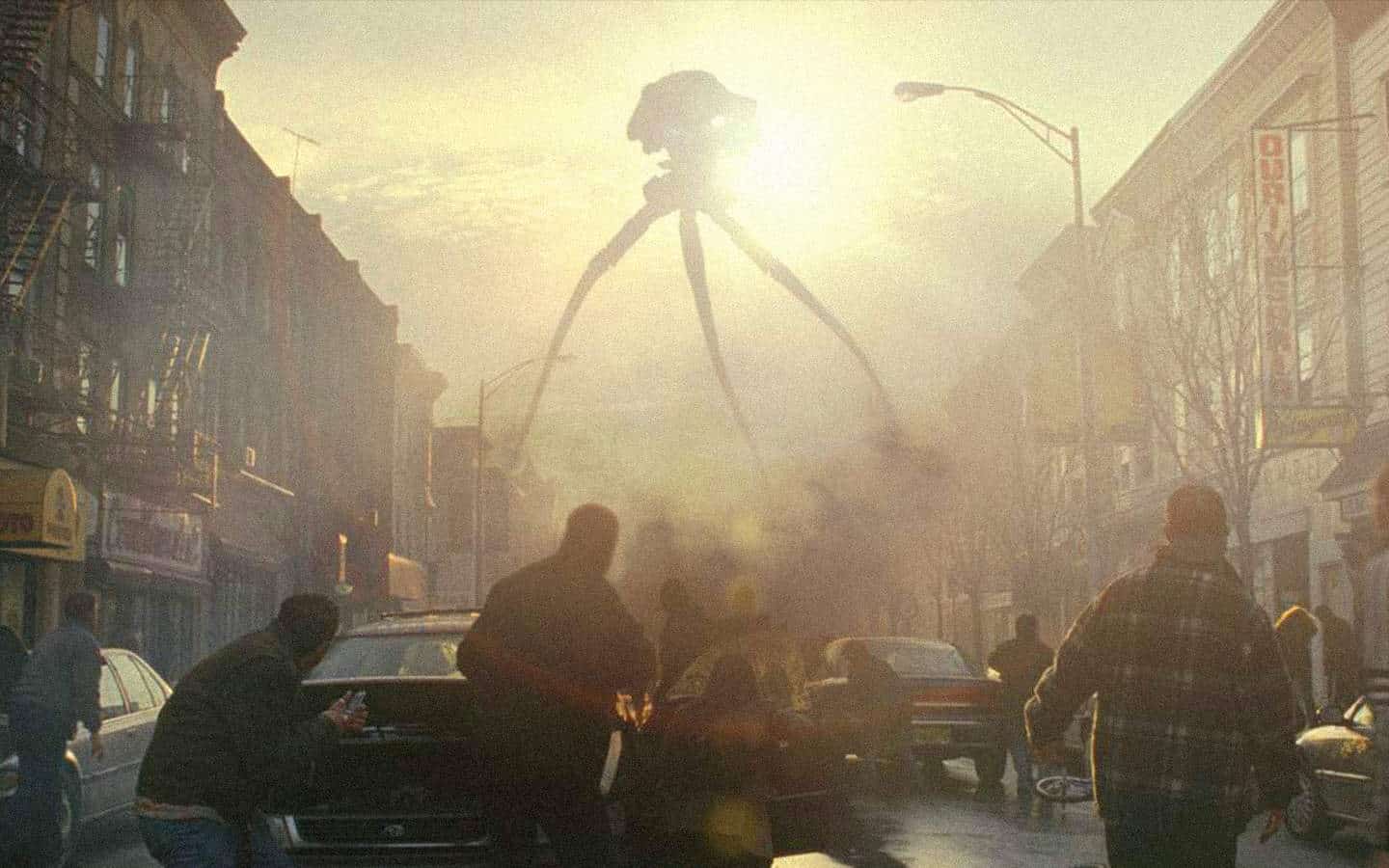 With it being such a big and traumatic event for many, it was inevitable that 9/11 would influence the media that followed it.

As a New Yorker and Christian Arab-American of Palestinian descent, the events of 9/11/01 have hung over my life quite a bit. While I was only three years old on the events of the actual day, not having much memory of it, I do have the memory of what came after. The annual mourning and sad mood of the day, being taught about it for years on end in Social Studies/History class and from a more personal level, living it for years.

From an early age, I remember being told not to share where I was from, with times when I would reveal it I would be greeted with the usual terms of ‘terrorist’ and still having memories of when we moved to New Jersey for two years – rumors swirling that my dad had been arrested for being a terrorist, finding out later that both my uncle and dad were reported solely for being of Arab descent.

It’s a result of this that I feel I have a unique viewpoint on 9/11 as a whole. I understand the suffering that took place on that day, while also understanding the harm in what came after on a personal level not to mention the international level that resulted from the global ‘War On Terror’ and the discrimination and bigotry that followed.

With it being such a big and traumatic event for many, it was inevitable that 9/11 would influence the media that followed it. This started almost immediately with Spider-Man (2002) having its marketing changed to remove the Twin Towers from marketing materials and in reshoots having scenes added to stress togetherness in the face of adversity.

This is shown as New Yorkers lending a hand to help Spider-Man against Green Goblin, not to mention older shows or films that featured the Twin Towers such as The Simpsons episode The City of New York vs Homer Simpson being edited or, in the case of the aforementioned episode, being flat out banned. It wasn’t long however before this impact led into films being allegorical for, or even about 9/11 to prop up.

One of the first of these and one of the most overt allegorically-speaking is Steven Spielberg’s 2005 film adaption of H.G. Wells’ War of The Worlds. Moving the setting of the initial alien attack to New Jersey (While having the main character, Ray Ferrir, work in NY), having his young daughter explicitly ask if it’s the terrorists again, and later on having his teenage son join the army to get revenge on the aliens it is very clear what it is that Spielberg is trying to comment on. This trend was continued in 2008’s Cloverfield directed by Matt Reeves. In it, a giant monster comes to shore in New York City and the events are captured in a found footage format. The film’s 9/11 allegory is even more overt, explicitly mentioning terrorists once more and trying to directly capture the confusion of that day.

However, an issue begins to quickly emerge with the above two films and how they capture 9/11. In both films the aliens and giant monster are not characters nor ever explored, both are left mysterious. Just being destructive forces with no clear motivation beyond it. By doing so, the beings that are meant to represent Arabs and other Middle Eastern peoples are dehumanized.

Rather than explore the aftermath of 9/11 in a complex or layered way, it is explored solely through the lens of that initial day without what came afterward. As a result, all that is left is a dehumanized overtly evil version of Muslims and Middle Eastern peoples. A version that directly feeds into Islamophobia and Racism equally. It is also of note that while War of The Worlds attempts to frame its military scene and desire for vengeance poorly it never fully explores why the War on Terror was bad, instead framing it as bad because of American soldiers’ deaths, which while tragic, also ignores the loss of Iraqi and other Middle Eastern peoples lives, in contrast, Cloverfield straight up ignores it with the military merely portrayed as powerless without any exploration of it. Neither film attempts to explore the aftermath of 9/11 on Arab or Muslim communities either, nor are characters of Arab or Muslim descent part of these films. By doing this the films become incredibly simplistic explorations, not willing to truly dig deep and analyze the effects of 9/11 from a grander view.

While some might say that it’s not an issue, it becomes very clear when you look at other films such as Zero Dark Thirty or American Sniper which both use 9/11 as a starting point for their films, only to dehumanize and condone violence against Arabs and Middle Eastern peoples, in a way that veers dangerously close to being pretty much a revenge fantasy while also only showing both groups as terrorists or evil. It is in this light that the way Cloverfield and War of The Worlds choose to explore its 9/11 allegories and themes becomes flawed and potentially dangerous, while also showing they are part of a larger problem in the wider media.

It’s this style that is in contrast to one of the biggest allegories and one that was an inspiration to Cloverfield, that being the 1954 classic by Ishirō Honda, Godzilla. Godzilla’s nuclear allegory has been discussed to death but part of what makes it so effective is how it doesn’t solely look at Japan’s victimhood and tragedy but also how the Imperial Japanese government and World War II led up to said tragedy. This is shown by including governmental incompetence and attempts to cover up Godzilla, as well as the haunting scene of a mother comforting her two children before their demise at Godzilla’s hands by saying they would be with their father soon, an overt reference to World War II and the human suffering caused by it. As a result of Honda digging deep and exploring multiple aspects, Godzilla is an effective and haunting allegory.

It is in this style that other 9/11 allegorical films have spoken to me personally by also digging deep and showing multiple parts to the 9/11 tragedy and aftermath. One such example for me would be 2013’s Man of Steel and 2016’s Batman v Superman: Dawn of Justice, both directed by Zack Snyder. The parallels to 9/11 are just as important in both, with Man of Steel especially having lots of 9/11 imagery mainly from the falling buildings resulting in dust clouds as well people trapped in rubble with this imagery carrying over to the opening of Batman v Superman as well as the aftereffects explored in it such as a memorial park.

The 9/11 themes and allegory of both films however resonate far more strongly, this is a result of the films exploring what came after as well. The alien race who causes the 9/11-esque disaster being Kryptonians, the same species as Superman. This leads to immediate suspicion and disdain for Superman in the next film as a result, even though Superman/Clark Kent is nothing like them. In this there is an overt parallel between the experiences of Middle Eastern peoples and Muslims after 9/11, who too were blamed for actions they were not involved in.

Batman v Superman particularly also explores the rage after the event directed towards Superman, with protestors protesting his presence while other characters in the film such as Batman display what can only be described as xenophobia against him after being a part of the events in Metropolis. This is exemplified in the scene where Batman tells Alfred that if there is even a one percent chance that Superman could go bad that they must take it as an absolute certainty.

A policy that was remarkably similar to one that the US Government took against Middle Eastern peoples and Muslims. It’s even more telling when it is revealed that Lex Luthor, portrayed once more as a wealthy billionaire, was manipulating the events for his own goal. A goal much like the ones that have been proposed about why the Iraq War genuinely happened. By humanizing Superman, having him die showing himself to be a hero, and extending its reach to analyze the after, it is able to connect to a wider audience and in a way truly empower Middle Eastern and Muslim fans.

A similar theme can also be seen in the Godzilla films of the MonsterVerse. Very much like Man of Steel and Batman v Superman, Godzilla (2014) has overt 9/11 imagery of the same style including falling buildings, dust from debris, and showing firefighters clearing the rubble during the MUTO and Godzilla fights in Honolulu and San Francisco. Much like Batman v Superman its sequel, Godzilla: King of The Monsters, explores the aftermath as well. The main characters of King of The Monsters, Mark and Emma Russell both experience the trauma of losing a son afterward and respond to it differently – with Mark’s response being to despise Titans (The MonsterVerse’s name for Kaiju) and thinking they should all be destroyed, especially Godzilla.

This is an attitude shared by the US government as well, with them even building weapons covertly to destroy them, with this decision ending up nearly dooming humanity after they nearly kill Godzilla during a fight with King Ghidorah. However, over the course of the film Mark grows past it and realizes that while some Titans are destructive, not all Titans are. Mark grows throughout the film to respect Godzilla and realize he was wrong. Much like Man of Steel and Batman v Superman, the MonsterVerse explores the aftermath of 9/11 in addition to that initial day exploring both angles of it and also showing their analog as both good and bad as well as in a way, humanizing Godzilla.

In the end, tackling a heavy subject matter like this is difficult. With such a recent subject, the wounds are raw and open with many avenues to explore. If only one part is left open you are at risk of unfortunate implications and leaving parts that might be worth exploring, unexplored. It is in this that films that explore multiple parts of an event prosper over ones that explore only one viewpoint and experience.