Resident Evil 4 Remake: Everything We Know So Far

Here's everything we know about the Resident Evil 4 remake. 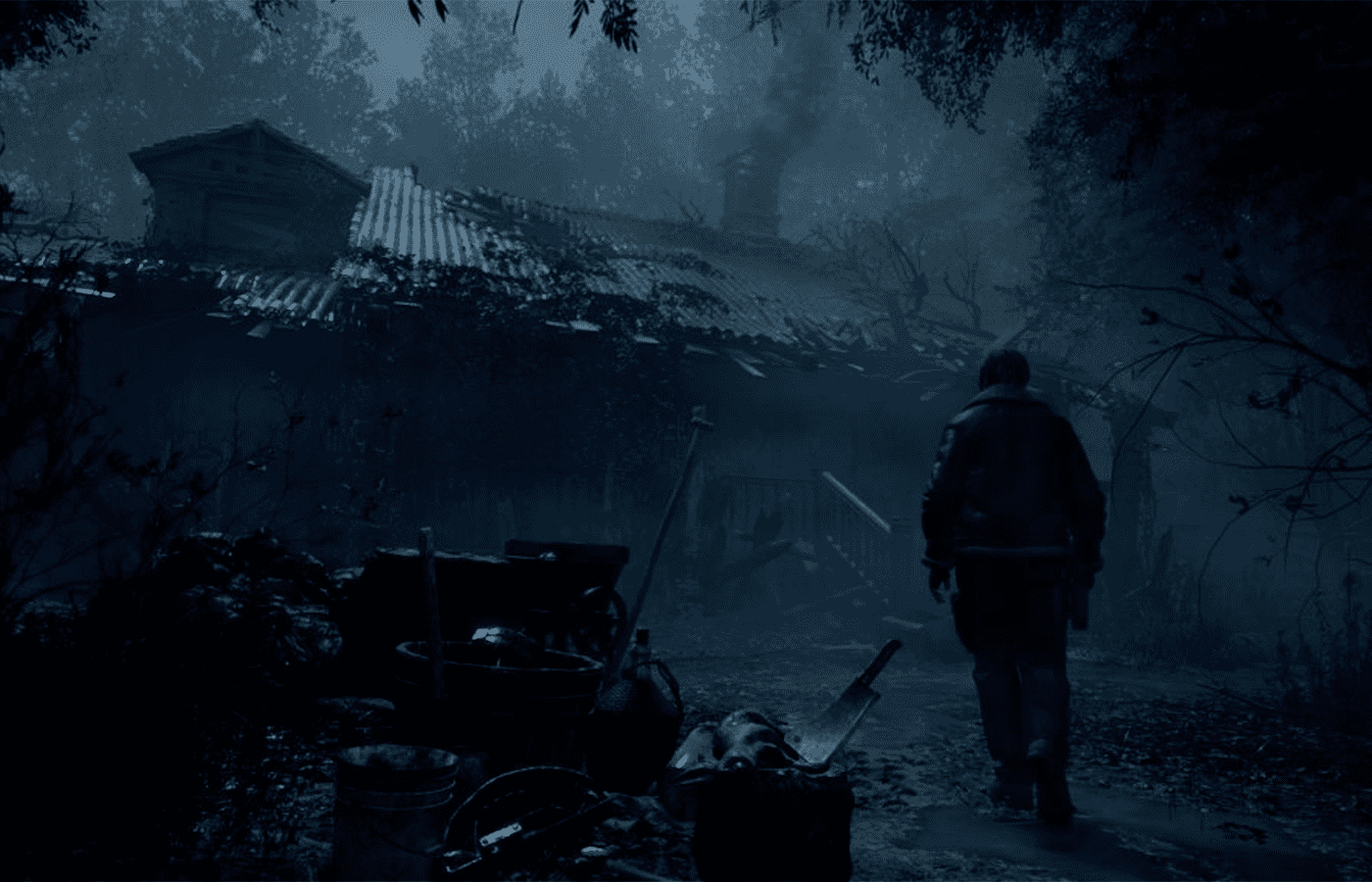 Ever since its rumored development after the release of the remake of Resident Evil 3: Nemesis, video game publisher Capcom unveiled that they are indeed releasing a remake of the beloved survival horror game Resident Evil 4 during PlayStation’s State Of Play on June 3rd, 2022. Video game producer Yoshiaki Hirabayashi let long-time fans know that more details about the game would arrive in next month’s Resident Evil Showcase. So until then, we wanted to curate all of our excitement in one article.

The game will follow US agent Leon S. Kennedy on a mission to rescue Ashley Graham, daughter of the President of the United States, from a Spanish village dominated by Los Illuminados, a violent cult worshipping an ancient parasite.

While all Capcom has shown is a single trailer and some gameplay footage, there is very little information to sift through. Several team members who’ve worked on the 2019 remake of Resident Evil 2 have returned for this game. We’re excited to see what the team brings to the table this time around. Thankfully, we’re here to dissect as much as possible from what we have received. Here’s everything we know about Capcom’s Resident Evil 4 remake.

The Return Of Leon

Resident Evil 4 won’t be the iconic game it is today without its protagonist Leon S. Kennedy. Thus Leon will remain the protagonist for the Resident Evil 4 Remake. From what we see in both the reveal trailer and gameplay showcase via Capcom, Leon takes on a more serious and somber persona molded by his experiences in Resident Evil 2.

Judging by the trailer it looks like the Resident Evil 4 Remake will expand much more of Leon’s character after the events of Resident Evil 2 and before the main game’s central narrative as we see Leon interacting with (presumedly) the President he is both working for and who’s daughter needs saving. Hopefully, this means we get to see some of Leon’s journey during the six-year gap after escaping Raccoon City. The game will carry over its familiar over-the-shoulder third-person shooter gameplay as well.

A Cast Of Familiar Faces (Both Friendly And Not So Friendly)

Not only Leon is making a return, but it looks like many of the original game’s iconic cast of characters are also making a return in this updated story. In Cacpom’s Resident Evil showcase, several characters have been confirmed to reappear in the remake: both allies and enemies.

In terms of allies first off one of the central character’s making a return is Ashley Graham, the daughter of the sitting US President Leon is working for. Here Ashley’s design is overhauled to be much more conservative and less “anime schoolgirl” as we saw her in the original game. Next up is a brief look at Luis Sera, a slick Spanish man who seems to know more of what’s going on but is still willing to aid Leon. And lastly is the return of fan-favorite red-attired spy Ad Wong, who while helping Leon, has allegiances of her own.

Then we have the confirmed returning villains with the hulking village chief Bitores Mendez seen in a brief glimpse and lastly, we get a monologue of the central antagonist, Osmund, Sadly, the enigmatic leader of the Los Illuminatos cult. While it has yet to be confirmed if the other major villains Ramon Salazar and Jack Krauser will appear, considering how essential they are to the story there is no way they will be left out of this remake.

Also, the Merchant has to be in the Resident Evil 4 Remake. He just has to.

While that may be a “no duh” kind of observation, one thing that may irk longtime fans is the possibility of the remake being too serious. See one aspect that makes the original Resident Evil 4 so beloved is both the use of genuine horror and tongue-in-cheek B-Movie schlock. From campy one-liners, bizarre set pieces, and over-the-top villains, the original Resident Evil 4 is almost as if Sam Raimi made a horror game.

Though the overtly serious trailer could be a red herring as the past Resident Evil games had some moments of campy fun so maybe those elements will also be faithfully included in the Resident Evil 4 Remake. We’ll have to wait and see what director Yasuhiro Anpo and team have up their sleeve.

RELATED: The Action And Horror In Resident Evil

Out With The Zombies, In With The Ganados

One major thing of note about Resident Evil 4 is how it completely shook the Resident Evil series to the core with its change of the central monster. Gone were the lumbering zombies and virus-created bioweapons, now we have to deal with parasite-infected cultists and beasts. And if the more serious and darker presentation is any indication, then these baddies known as the Ganados are gonna be pants crappy scary.

In Resident Evil 4, the main antagonist is the Los Plagas, an ancient parasitic organism that turns its host into bloodthirsty savages and (if damaged enough) mutates into horrific abominations. Those infected become the Ganados and what makes them scarier than zombies is that they’re smart. They can communicate, use weapons, and move much faster than zombies.

As such this is one of the main reasons the original Resident Evil 4 had its game-changing shift to the over-the-shoulder third-person gunplay as you had to deal with hordes of these raving psychos. So expect to see the now refined over-the-shoulder combat from the past Resident Evil remakes taken full advantage in this remake.

A Horrorific Trip Through Spain

The last aspect of the Resident Evil 4 Remake in terms of the game itself to highlight is the setting. Another iconic aspect of Resident Evil 4 is the setting itself. In the original game, Leon travels through an isolated part of Spain that includes many fully fleshed-out areas such as the Ganado’s village, a sprawling castle owned by one of the main antagonists Ramon Salazar, and a militaristic/scientific base of operations for the Los Illuminatos.

As seen in the reveal trailer and gameplay showcase we know for a fact that both the village and the castle will be included. While most of what we see is the Ganados village, we get glimpses of the castle via the Zealot variants of Ganados we see in brief instances. Though we haven’t seen anything of the Island Base of the original game’s third act, it’s doubtful the Resident Evil 4 Remake will exclude it.

Judging by the footage Capcom has shown us the team behind this remake has taken great care to modernize these iconic settings as they look super spooky. It’s more than likely all the care that went into Resident Evil Village’s setting helped inform the art design for this game’s own village.

Are You Excited For The Resident Evil 4 Remake?

What are you most excited to see from what was shown in the Resident Evil 4 Remake? What do you hope Capcom will keep from the original game? Let us know on social media today!