Resident Evil: Infinite Darkness, is set within the video games' continuity, but does that make it worth watching for diehard fans? 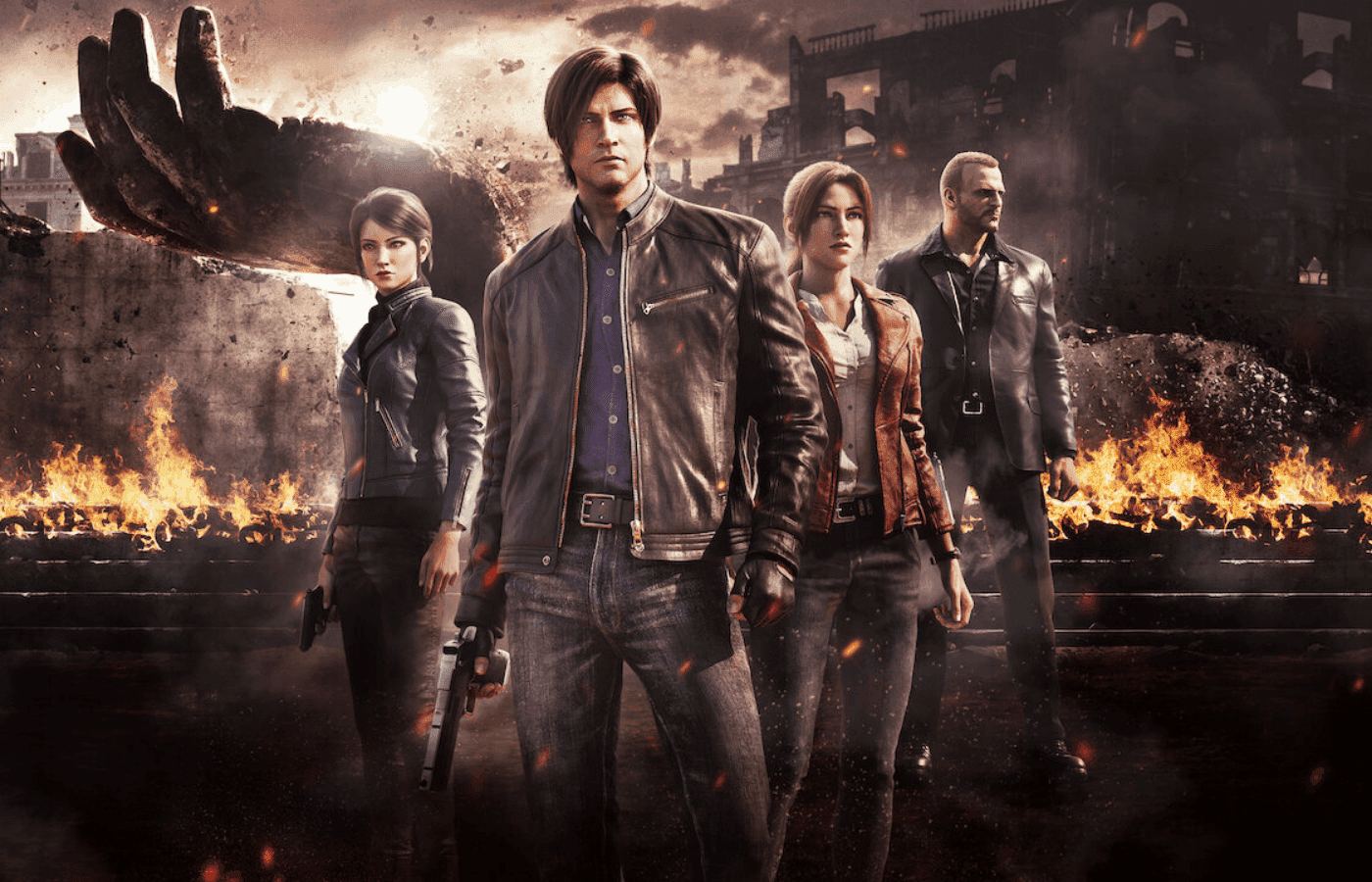 The Resident Evil franchise is now given its first CG animated series, Resident Evil: Infinite Darkness, set within the video games’ continuity, but does that make it worth watching?

So 2021 is becoming a meaty year to be a Resident Evil fan. I mean it makes sense as this year marks the 25th anniversary of Capcom’s flagship survival-horror franchise and they are going all out. This year with Resident Evil VIII: Village, a new live-action film adaptation is set for a November release, and now Netflix dropping a new CG (computer-generated) animated series set in-universe of the video games’ canon. There’s plenty of undead goodness to go around.

Like the classic video game Resident Evil 2, the series follows a two-story path with Leon and Claire. Leon, now a special agent under the President of the United States, has to investigate a zombie outbreak within the White House with two fellow agents, Jason and Shen May. Claire, meanwhile, is acting as a humanitarian for the fictional nation known as Penamstan. She begins investigating a violent event in the nation’s past that seems eerily similar to the events of Raccoon City.

What is Resident Evil: Infinite Darkness About?

Unfortunately, just like any other story within the Resident Evil franchise, Leon and Claire enter a web of conspiracies as it is revealed that the US government had a hand in creating B.O.W.s (Bio-Organic Weapons) during a civil war that is stirring within Penamstan. Wilson, the Secretary of Defense, is manipulating events to create a war with China, which neighbors Penamstan. Wilson’s goal is to create a new market for his B.O.W.s.

It’s later revealed that Jason and Shen May were victims of the Penamstan outbreak and are seeking revenge against Wilson. While Shen May wants to expose his war crimes, her brother becomes infected. Jason eventually becomes unhinged and wants to “spread fear” across the world by unleashing himself as a mutated monstrosity.

One thing I enjoyed with Resident Evil: Infinite Darkness is how breezy it was! With only four episodes in season one and with a runtime of only twenty-five minutes each, this is an easy show to “digest”. Though it makes me wonder if this was originally intended to be another animated film before it was changed into a series? Either way, I am glad it didn’t overstay its welcome.

The best thing about the series though is the animation! Animation studio TMS Entertainment went above and beyond with the CG. All of the character’s lip-syncing flowed so well and all the action was tense and incredibly fun to watch. It’s clear the Resident Evil 2 remake was a major inspiration for the overall design aesthetic of the series and it works. All the monsters were brilliant and all our heroes looked sexy fighting them! The standout scene was Leon fighting against mutated rats in a submarine which is a setting that needs to be explored in more horror stories!

Speaking of our heroes, the voice cast was also splendid! Nick Apostolides and Stephanie Panisello reprise their roles as Leon and Claire from the aforementioned remake and they fill their respective roles perfectly. Apostolides’ performance as Leon was especially inspired as he managed to shift his performance from the rookie cop from RE2 to the one-liner spewing badass we know and love from Resident Evil 4. While I miss Paul Mercier as Leon, Nick did a great job and I hope we hear more from his version of Leon in future projects.

What I Didn’t Enjoy From Resident Evil: Infinite Darkness

Unfortunately, Resident Evil: Infinite Darkness has some faults as well. For one its pacing was so fast at times that the story seemed it had little time to breathe. This is very apparent with the second half of the season where we learn about the conspiracy set in the past. Leon’s fellow agents have their own agendas and pasts that get brushed off as soon as they’re introduced, and the ending is over too soon and hollow.

I feel this is greatly exemplified with Shen May’s character as we learn her brother was infected, only for him and Shen May’s grandfather to be killed off in the very next scene. Once Shen May confronts Jason over his plans, she is unceremoniously killed off. In fact, I had to rewind her death scene as I looked away for a second, and SNAP she’s dead.

As for our main villain Jason, he kinda shows a problematic element of the series. His whole character is a victim of the US government’s use of bioweapons and wants the world to feel the fear he and his men experienced when he was a soldier at the time. So it would seem the show wants to address some of the US’s unethical actions from the past few decades as the series clearly took visual inspiration from several Middle-Eastern conflicts, such as the Iraq War.

The problem is that the series very much wants to point out these serious issues but it doesn’t have a solution for them. Not to mention the idea of our main villain being a soldier unhinged by his past trauma feels wrong to me. Sure Resident Evil is not a series to look this deep into but it wants to feign depth more than it actually conveys.

Fear Can’t Kill You, But…

If you’re a mega-fan of the Resident Evil franchise or just want to kill some time with a breezy horror series, Resident Evil: Infinite Darkness will do the job. It’s a fun little series that is like a good ol’ cheeseburger, not much substance but damn is it good when you want it. Unfortunately, the series suffers from an underwhelming plot and is in the shadow of much better stories from past franchise installments along with some flimsy themes stacked on top of it. Still for an animated series based on a video game you can do a lot worse.