The Amusement Park tells of a twisted reality, to make the audience understand what it feels like to be a senior citizen in America today. 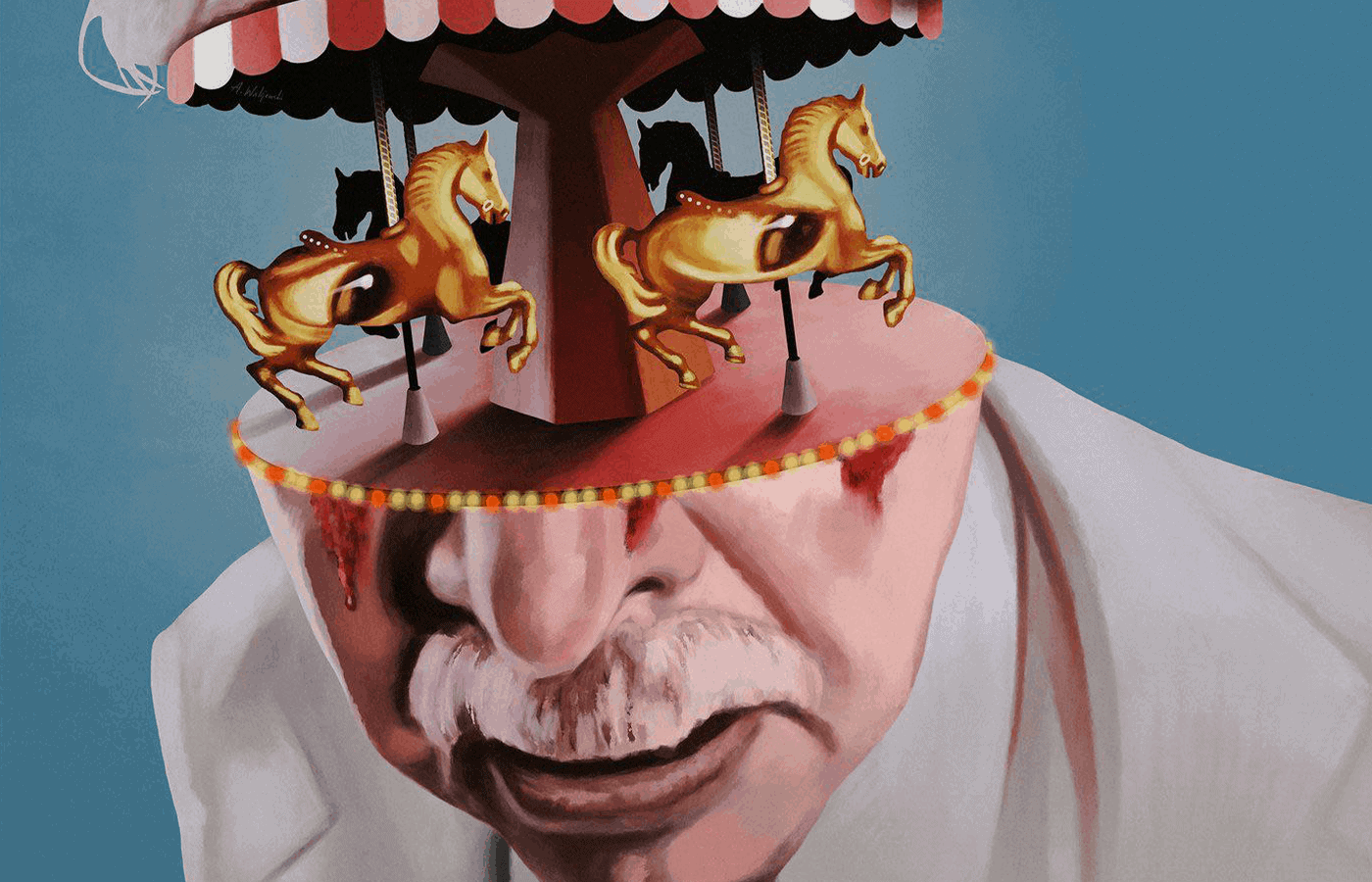 The Amusement Park Arrives On Shudder

One of the hardest parts of losing an artist when you truly love their work is the knowledge that there will never be more from them. Be it a musician, writer, or filmmaker, their death inevitably means the end of their catalog. Occasionally a few things may be released posthumously that they may have been working on, and even more rarely, something may be uncovered from the vaults that were never available to the public.

Fans of George A. Romero have been living in a haze without him since his death in 2017. We were lucky enough last summer to experience his long-awaited novel, The Living Dead, thanks to the hard work of completion by author Daniel Kraus. The exciting news that Kraus helped to uncover then was the revelation that a previously unreleased short film from 1973 had been rediscovered, and thanks to Romero’s wife Suzanne, would find its way to the public.

After an exhaustive restoration process, The Amusement Park finally found a home this past week on Shudder. You could almost hear the collective outpouring of love from Romero fans from all over the world on Twitter as the Watch Party and Premiere Panel Discussion simulcast on Shudder and YouTube took place on Tuesday, June 8th.

Before we discuss the film, let’s take a look at how this unique project found its way to Romero and why he was the man for the job.

In 1973, George A. Romero was the head of the team at Laurel Entertainment. With his then business partner, Richard P. Rubenstein, and a crew whose names may seem familiar to credit watching fans of Romero’s films, Laurel focused on work in television and film. The team Romero was part of before Laurel, The Latent Image, was a little different though. They were a film crew for hire that would do commercials, segments for tv programs, and what are called industrial films. It is because of the extensive work under both The Latent Image and Laurel Entertainment that George Romero was approached for a very different project.

For those who may not be familiar with the term, industrials are film or video projects made to order for specific corporations or workplace environments. These can range from long-form promotional videos that would be played to potential investors to training and safety videos. Fans of movie-riffing programs like Mystery Science Theater 3000, RiffTrax and The Mads have definitely seen these kinds of shorts. Most importantly, industrials have kept independent filmmakers working and helping to keep their lights on for generations.

The Amusement Park was a contracted project for the Lutheran Society Church. They were looking for a film to show their congregation about the plight of the elderly. What they received was far more terrifying than they had expected and reportedly they rejected the finished product. Perhaps they hadn’t looked into Romero’s feature films before they hired him.

By 1973, George Romero had directed four feature films: Night of the Living Dead (1968), There’s Always Vanilla (1971), Season of the Witch (1972), and The Crazies (1973). Three of these films fall into the category of horror and they all have a particular style that grounds the fear in realism. The Amusement Park has some stylistic points in common with these movies and the often noted documentary-style Romero was famous for. His use of handheld cameras, real locations, and unknown actors was uncommon at the time. Guerilla filmmaking was not yet popular in the genre, especially outside of the art house scene.

The Amusement Park is a disturbing tale, told in a twisted version of reality, to make the audience understand what it feels like to be a senior citizen in America today (even though the “today” of the film is the 1970s, I feel it is just as relevant right now).

The film feels like an episode of The Twilight Zone, even with its narrator’s introduction and conclusion that are put in place to make sure you understand what you are about to experience, and then check in on you at the end to see if you understood the point. The narrator of the piece, Lincoln Maazel (who would go on to play a stunning role in Romero’s 1977 take on vampires, Martin) also stars as the protagonist of the film.

Maazel plays an older gentleman in a white suit that goes on a visit to the local amusement park, but the park mimics the various stages of abuse and neglect that the elderly go through in American society. The audience goes along with him for the journey and experiences a roller coaster ride of emotions from sadness, confusion, and depression to terror, anger, and outrage.

Each ride, booth, and exhibit at the park is a caricature of real-life indignities. These travails go from living on a fixed income, being taken advantage of, not being taken seriously, and being essentially left for dead. By the end of the film, our kind and courteous gentleman ends up beaten and battered by society.

One of the most horrific incidents occurs when we see a young couple (half of which is a young Michael Gornick, Romero’s director of photography for many projects) visit with a fortune teller. When they ask to see their future, she shows them the bitter end of life as an elderly couple, living in destitute conditions and begging a doctor for help. This stark, grim, and realistic imagery perfectly summarizes the point Romero is making (and perhaps why the church was not happy with the picture). Romero shows no hope for the future and no hope in the next generation getting a better break.

Another way Romero puts the audience into the mind of our elder characters is through his soundscapes. Dissonant tones, uncomfortable amounts of crowd noise, and unsettling music make the viewer just as disoriented as the gentleman in white. Speaking of the audio, the score is peppered with library music tracks, another Romero trait. One song cue, in particular, may sound familiar to Dawn of the Dead fans – who may also come away wondering about Romero’s complicated relationship with bikers a few scenes later.

The audio is complemented with camera angles that will also help to express the emotions of the gentleman. From canted angles, fisheye lenses, and low angles, we are right there with him as he wanders from ride to ride. At the same time, Romero uses parody within some of the vignettes to show just how preposterous the situations seniors find themselves in on a day-to-day basis.

Overall, The Amusement Park perhaps does its job too well for the client, but still works today at expressing the daily hardships our senior citizens experience as we as a society devalue and disregard them.  In classic George Romero form, the film leaves the audience more afraid of their neighbor than any fictional monsters.

“I’ll see you in the park someday.”

As a fan of the man and his work, you can’t help but be joyful for one more chance to take in his mastery of the craft. It is just another example to add to the canon of his filmography that shows his form and stamp on independent filmmaking far outside of the Hollywood system. George A. Romero was a pioneer, a true master of horror, and one of the most influential people in the modern genre.

Thanks go out to Suzanne Romero and The George A. Romero Foundation for their tireless work bringing this lost gem to horror enthusiasts and film buffs around the world. Fans of Romero’s work, the genre, and cinema everywhere should take the time to visit The Amusement Park.