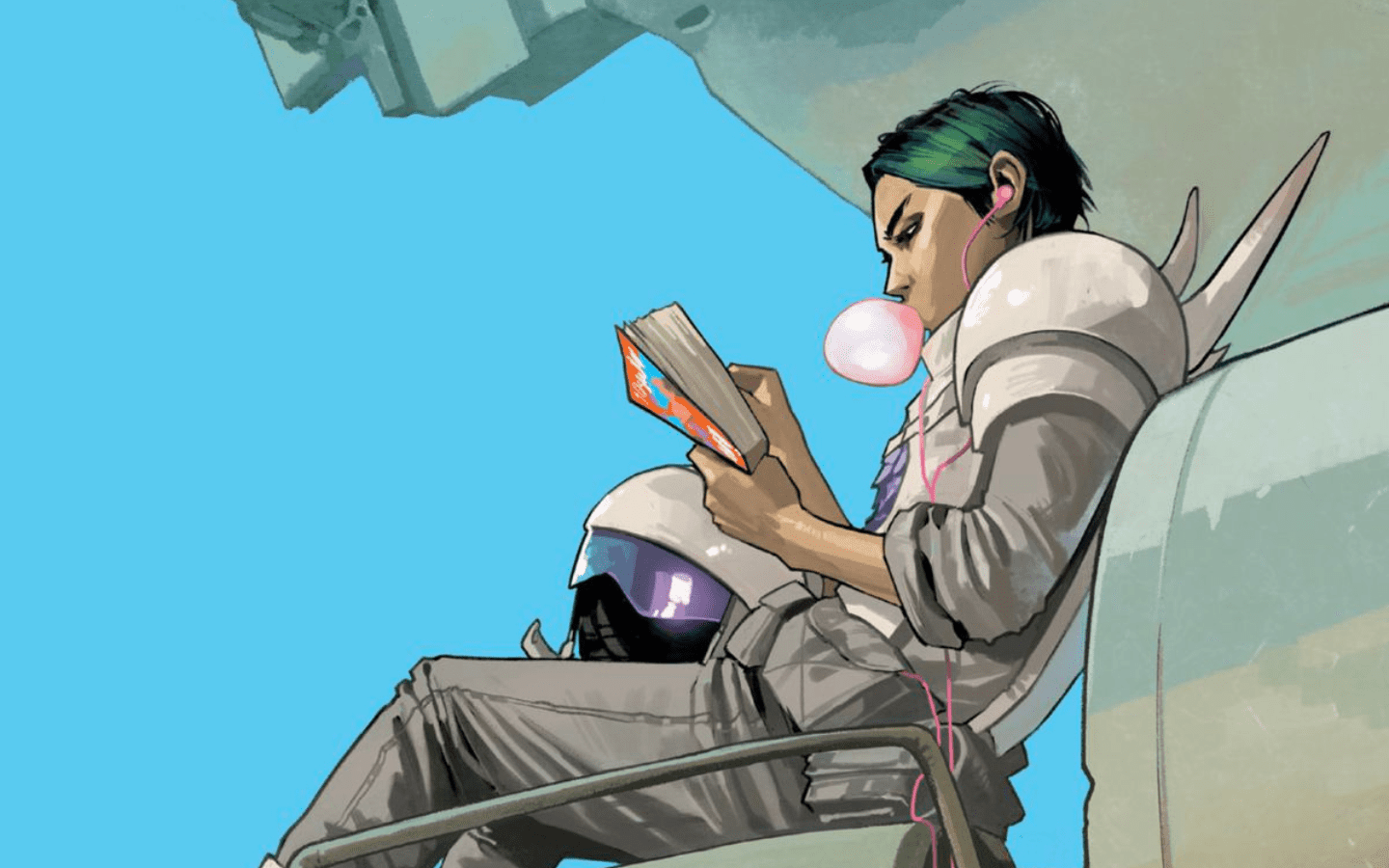 My first memory of comics is from around age six. My stepfather made the wise decision to bestow upon me his large collection of Archie comics. Ever since then I have been intrigued by comic books as an art form.

I am lucky to be old enough to remember comics before they were considered to be a specialty hobby item. I was greeted by the faces of my favorite characters every time I went grocery shopping with my mother, and every time we had to step into a convenience store.

Comic books, unlike music or movies, have the dual responsibility of telling a story through both graphic art and visual text. Every page is lined with the artist’s vision accompanied by text meant to both describe and narrate. Speech bubbles and narration boxes are the standards in driving forth the plot in our favorite stories.

The text in comic books can be, and often are, just as visually compelling as the images themselves. However, when the two blend together the readers are treated to the true potential of comic book storytelling.

Fans of Ennis and Dillon’s Preacher can remember the power evoked by Jesse Custer’s red eyes accompanied by his violent crimson God voice. Gaiman buffs are all too familiar with the character-specific fonts found in The Sandman.

How Saga Does Speech Bubbles

Saga, a space opera created by Brian K. Vaughan and Fiona Staples, take this concept to a new level. For those unfamiliar with the popular Image comic, it is a science fiction tale that embodies romance and tragedy of Shakespearean proportions. We all know of the conflict of the Montagues and Capulets. Saga introduces readers to the struggles between the Landfallians and settlers of Wreath. These two societies are constantly at war, but two of their citizens miraculously find love and start a family.

The beings of Wreath have a native language with the fourth-wall meta name of “Blue”. This language is used both for speech and using magic. Blue is presented in, you guessed it, blue text.

What makes this language special is that it is written in an obscure real-world language known as Esperanto. This language was created in the late 1800s and was used to make international communication easier. To the common English reader, this language looks familiar to Romance languages such as Portuguese or Italian.

This is an incredibly creative approach to storytelling. Both the characters and the readers suffer from the race’s language barrier. At the same time, the language is familiar enough for readers to pick up on the gist of the conversation. This element adds a new depth to the comic reading experience. Readers are further pulled into the story as they are immersed in the language and culture of the two warring races.

On top of the bilingual conversations of the two main species of characters, readers are also entertained with the dialogue of the Robot Kingdom. These humanoid creatures represent a royal family in the story and have televisions for heads. As one would expect, the robots speak in what we could consider a “digital” dialect. This is represented in their speech bubbles with a boxy, sharp-cornered font. This adds another layer of depth to the story playing out in the reader’s imagination.

What makes comic books special as an art form is the combination of art and text. This sets comics apart from all other visual art forms. Skilled comic book artists and writers enhance this relationship by using the comic’s text to further enhance the storytelling experience. Vaughan and Staples’ Saga not only embodies this technique but raises the bar for future comic book storytellers.

Have You Read Saga?

We hope you enjoyed our breakdown of Saga’s unique use of speech bubbles. Have you read this series? Let us know your thoughts on social media!.