The Weird and Wonderful Career of Sam Raimi 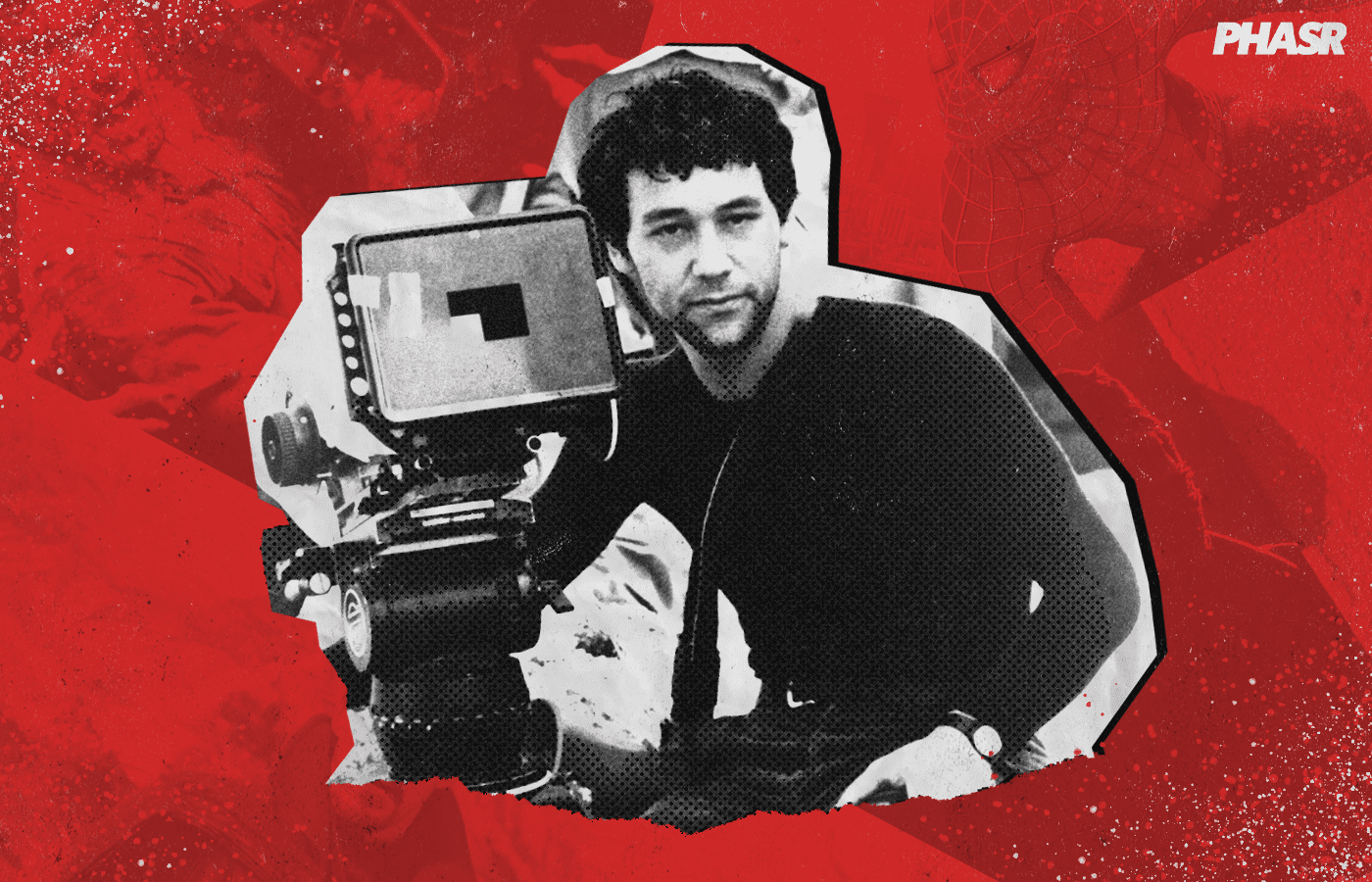 Sam Raimi is a genius visionary in the film scene, we cannot deny this. Not to say that every single thing he has made is a masterpiece, but they are never boring, which is an impressive feat on its own. From the insane bloody heights of the Evil Dead trilogy to the infinitely fun and meme-able Spider-Man trilogy, Raimi’s work behind the camera has shown us time and time again why he’s earned his place in cinema’s hall of fame.

Though Evil Dead was not the first feature-length film Raimi directed, that being 1977’s It’s Murder! Raimi made gory explosive results out of a tight budget and a tight group of friends. Raimi is famous at this point for sticking with a list of actors that appear in almost all of his films, like the legendary Bruce Campbell and Sam’s brother Ted Raimi. Similar to another film legend, Steven Spielberg, Raimi would begin making his soon-to-be hit film before he even finished college.

It’s his work with the Evil Dead trilogy that springboarded his career. Raimi became a darling for horror fans and Bruce Campbell would become a B-Movie icon. With the wild, winding camera and shots that used every little inch of the tiny cabin they were filming in, Raimi definitely had a style of directing that made him famous. It’s always super impressive when you can see a movie for the very first time and know nothing about it, but you can just tell who is working behind the camera because of their style.

Like a true artist, Sam Raimi always seems to play with the art of film-making. It’s his use of an inherently goofy atmosphere juxtaposed with stylistic editing and draped in an incredible amount of violence.

I just absolutely adore how the Evil Dead series evolves over the trilogy. The first one even with its over-the-top style it’s still a horror film in terms of genre. This would change as the sequels went on and in my personal opinion, it’s all the better for it. Evil Dead II would go from over the top to intentionally ridiculous becoming a horror-comedy, and the third film would take this to even greater heights. Army of Darkness is one of my all-time favorite movies, top five easily. From horror comedy to action comedy with horror elements, it was bigger, badder, wilder, and sillier than ever and it’s a masterpiece.

You think you know where I’m going, and you’re right, but before I talk about Spider-Man, I want to talk about Darkman for just a second. Sam Raimi got into comics from his brother and after the success of the first two Evil Dead films, Raimi set his eyes on adapting a comic book movie. After he could not acquire the rights to make a Batman movie or The Shadow, as much as I would love to visit the alternate universes where these films got made, what happened in our timeline is just as fascinating. Sam Raimi decided he was going to make his own original superhero movie, and that’s how we got Darkman!

Darkman stars Liam Neeson and I’m confused why I don’t see more people talk about it. Just look up the pink elephant scene on YouTube and if that doesn’t make you want to see the rest of the movie, we can’t be friends, I’m sorry. The movie feels like it is a comic book adaptation despite all the Darkman comics coming out after the movie. A genius scientist is horribly burned and uses the synthetic skin he invented to impersonate members of the gang that burned him so he can get his revenge. The synthetic skin just as a concept reminds me of The Question from DC Comics. It’s bloody, it’s wacky, and it feels like some dark indie comic you’ve never heard of came to life on the screen. I say if you’re a Raimi fan you owe yourself to watch this movie and if you’ve already seen it, watch it again anyway.

Okay, now we can talk about Spider-Man, with the events of Spider-Man: No Way Home, the 2002 classic that is Sam Raimi’s Spider-Man is technically the first MCU film. What a start, I said like fifty words ago that Darkman feels like a comic came to life but this film is just chef kiss worthy. Every little thing feels like it’s right off the panel and it’s glorious. It’s funny, the action is still fun, and it’s got Willem Dafoe chewing the scenery like a madman. The film has been memed to death but if anything I’d say it keeps people coming back; it keeps the fandom alive. The movie is just fun, just like the comics, it was inspired by. Everything in the film just screams that people the people who made it share a deep love for Spider-Man.

Even with the mixed reception of Spider-Man 3, all the movies made Sony some crazy money. Sony would even ask for three more movies, but unfortunately a fourth would never be made because Raimi just felt he couldn’t find a good script. In a Rolling Stone interview from this year, Raimi would say that working on Spider-Man 3 was a painful experience, and he wanted to redeem himself for it but just couldn’t find a script that would do the series justice. Just knowing that fact by itself shows how much respect, time, and effort Raimi puts into his movies. You have to admire that he doesn’t half-ass anything; he puts his all into his art so you know when you walk into a Sam Raimi movie you know the last thing it’s going to be is boring.

RELATED: 5 Comic Books To Read Before Before Watching Doctor Strange in the Multiverse of Madness

With Sam beginning the MCU, it’s fitting he makes a return and shows everyone how it’s done. Let the master do his work. Raimi seems to be the guy who would really love the weird cosmic side of Marvel, so his return to Doctor Strange in the Multiverse of Madness has me super excited. I’m super excited for the upcoming MCU films as a whole as I genuinely believe one of the few ways Marvel can keep up the hype after Avengers Endgame is to get weird.

The first Doctor Strange film has some of the wildest visuals and the sequel has promised to get even more insane with Raimi at the helm it’s going to be a ride. Multiverse shenanigans and the inevitable Bruce Campbell cameo have me so hyped. The trailer already has that Raimi flair, so throw in all the mind-bending effects of the magic and different variant Stranges using their magic. I’ve been reading spoiler-free reviews, and it seems the consensus so far for Multiverse of Madness is that it’s different from the usual MCU affair which I respond with a very loud “GOOD”.

Different is what we need right now if you ask me. People have been saying Marvel movies are formulaic for a while now, so bringing in some strange new Strange will get some fresh blood rushing in theaters.  Sam Raimi is everything the MCU needs. Just look at his filmography and you find so many staples of horror and nerd culture. The man is an absolute legend and if he can shake up the status quo of the MCU, I would say it would keep me coming back but I was going to be there already but now I’ll be there and I’ll bring all my variants with me.