Samuel George London is a comic book writer from Hampshire, UK. The sequel to their comic Milford Green is now live on Kickstarter! 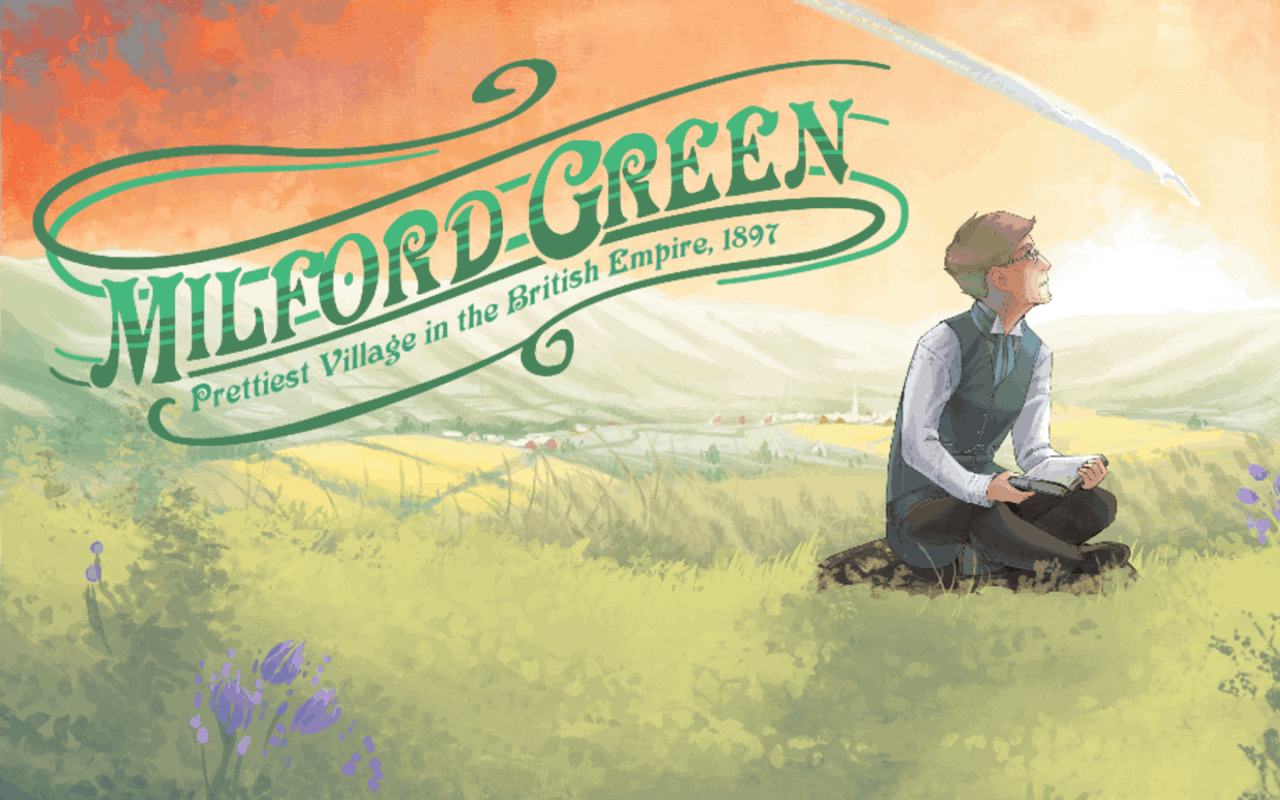 Happy Friday! I hope everyone is staying warm this week. I live in Upstate New York and it has been a bit frigid here.

This week I got to speak with Samuel George London of the comic book Milford Green. I thought this was an excellent comic book. The artwork is astonishing. Samuel was nice enough to provide us with plenty of advice when it comes to the creative process. I hope you enjoy our chat!

An Interview With Samuel George London

Aaron Iara: Greetings and thank you for taking the time to chat with me. Please tell the readers a bit about yourself and your work.

Samuel George London: My name is Samuel George London, I’m a proud father of one and a spare-time comic book writer from Hampshire in the UK. I’ve only been into comics for 5 years but started to write a couple of years ago after being inspired by the multitude of podcasts that are out there.

Aaron Iara: It is nice to meet you! I am glad that you decided to start writing comics because I have really enjoyed your work.

Milford Green was a really fun read. Can you give the readers a quick synopsis of the story?

Samuel George London: Thanks for your kind words! Milford Green is about a socially awkward inventor called Alfie Fairfield in a Victorian village, who sees some kind of flying vehicle shoot across the sky and crash land into a field. Being a curious fellow who is interested in any type of machinery. Alfie investigates to find out that we are not alone in this Universe. Milford Green is the complete one-shot story of what happened on that night in 1897.

Aaron Iara: That is such a cool concept. I thought the blending of the two concepts/settings was an excellent choice.

I really loved the artwork in the book. It reminds me of epic fairy tales and picture books. The way panels blend into the background of the page gave me a surreal feeling. How did you land on this style?

Samuel George London: To the best of my knowledge, there aren’t many comics that feature aliens and Victorians together, so finding the right style took a lot of time. Initially, I started scrolling endlessly through DeviantArt when I came across Elli Puukangas. I thought her style would be ideal but unfortunately, she was unavailable at the time but she recommended Mikael Hankonen, who is the artist for Milford Green. Mikael is able to draw both creative creatures and detailed Victorian scenery, which was absolutely ideal for Milford Green, and his colours are just amazing.

Aaron Iara: I agree! I can’t image a better art style to fit this story.

A lot of science fiction stories take place in modern day or the future. I enjoyed how Milford Green took place in the late 1800s. What was your inspiration behind picking this setting?

Samuel George London: That’s great to hear! Initially, I was walking in the hills of Hampshire when a vision of a spacecraft shot across the sky and crash landed in front of me. That stuck with me until I visited a local mock Victorian village when that vision came back to me and I started seeing aliens running about this village, which was when the story really came alive.

Aaron Iara: The current theme at Effective Nerd is “Limiting Distractions”. I am interesting in hearing your thoughts on the topic. How do you limit distractions in order to get work done?

Samuel George London: I schedule everything in my Google calendar, so every task I do has an allotted amount of time to complete it. I also, use Stephen King’s idea of “closing the door”, that really helps me focus.

(Writer’s Note: For those who are unfamiliar, Stephen King has a strategy for creating art. You make art with “the door closed”, meaning that it is just for you. Once you have a solid draft, you can “open the door” and anyone can review and criticize it.)

Aaron Iara: It sounds like you have a great strategy for productivity! I am always on the hunt for the perfect to-do/organization app.

There are a lot of moving parts when it comes to making comics (writing, artwork, storyboarding, etc.) What do you do to pull everything together?

Samuel George London: I’m big on story structure and think it’s vital for me to have everything laid out before starting a script. Having this reference allows me to get started or even begin writing later in a story and come back to the beginning if need be. Specifically, at the moment, I use an 8 point story arc to outline my stories and the two column script writing technique.

When the script is finished, it’s about working with the artist as closely as possible. With Milford Green, Mikael sketched out all the pages, then I asked for changes and we finalized the sketched pages together. For the inks and colours, it was a similar process of going back and forth but the key is probably consistent and open communication.

Aaon Iara: That is quite the process! I agree that good communication is the key to a great collaboration.

How do you foster creativity? Do you wait for inspiration or work at it?

Samuel George London: This is a difficult one, but I think it’s a mixture of waiting for inspiration and just getting to it. For me, initial ideas for a story are only created through inspiration, but once you have that idea it’s about hard work of closing the door, sitting in front of the computer and simply writing.

Aaron Iara: Who are some of your favorite creators, comics or otherwise?

Samuel George London: Robert Kirkman is a big inspiration for and The Walking Dead is up there as one of the greatest on-going series of all time. For artists, I’m inspired and amazed by Jen Bartel. I think her art and work ethic are incredible!

Aaron Iara: I am a huge Robert Kirkman fan myself! The Walking Dead is the only series that Effective Nerd reviews on a monthly basis.

What advice can you give to people who want to follow their passions? What about those who want to make comics specifically?

Samuel George London: Following your passion is difficult but it is possible done in the right way. A lot of people jump in with both feet but I think that can be dangerous. I follow the 3 Palchinsky’s Principles, which are:

For comics specifically, I’ve only experienced the journey of a writer, so for that I recommend starting small. It’s a cliche but it’s true. Write short stories for anthologies, and see if you actually enjoy it.

There’s a charity in the UK called Little Heroes, who provide comic kits for children with long-term illnesses in hospitals, and they are always looking for writers to submit scripts to match them with artists who want to help. Their third anthology, SCIENCE, is open for submissions until 28th February 2019.

Aaron Iara: I love Little Heroes! They do excellent work.

Do you have any upcoming projects or events you would like to discuss?

Samuel George London: Unbelievably, it’s been a year since Milford Green launched on Kickstarter and because people enjoyed the story so much, Mikael and I have created a follow up comic called Beyond Milford Green. This is on Kickstarter right now and until 4th March 2019, so feel free to check it out. I’ve also got a few other projects in the works which are under-wraps at the moment but I can tell you that they will be all-ages comics.

Aaron Iara: I hope all goes well with your Kickstarter! Thank you for taking the time to chat with me this week! Let the readers know where they can find you and your work.

I had a great time speaking with Samuel George London this week. I wish the entire Milford Green team the best on their Kickstarter Campaign. If Beyond Milford Green is as good as the original then we are in for quite a treat!

Make sure to help support Milford Green on Kickstarter.