Saul Bass designed the poster for The Shining. But Stanley Kubrick made sure it wasn't going to be easy. 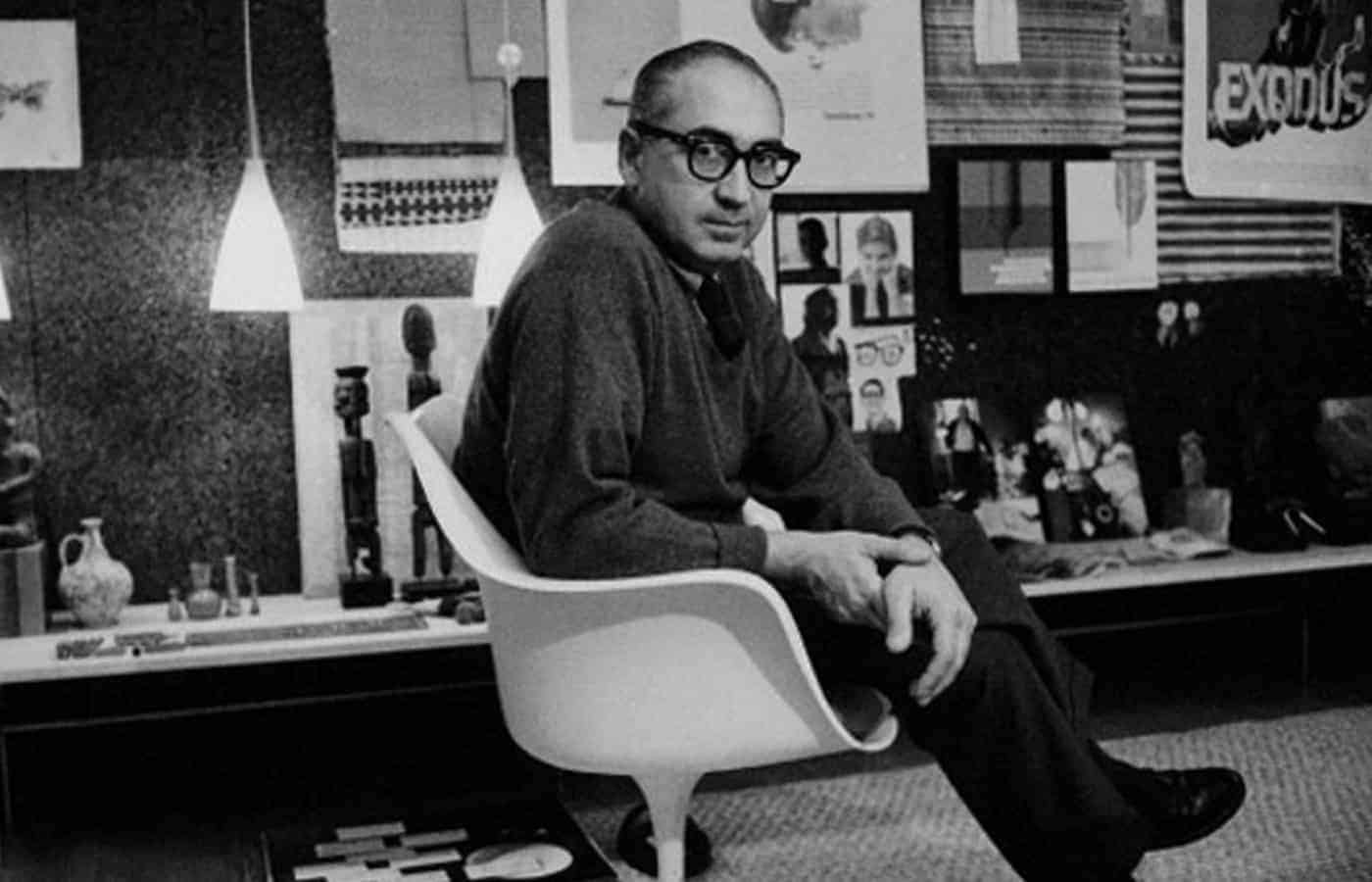 Saul Bass designed the poster for The Shining (1980). But Stanley Kubrick made sure it wasn’t going to be easy.

Great graphic design almost always goes unnoticed to the general public. But that’s usually because it should. Design in a way should be invisible – it should accomplish what it needs to do without you ever second-guessing it. But that doesn’t mean it shouldn’t be allowed to stand out.

I want to make beautiful things, even if nobody cares.

Saul Bass is unarguably one of the most skilled graphic designers of the 20th century and is famous for his logo design, kinetic typography, storyboards, movie title sequences, and of course movie posters. His works cover long-lasting corporate entities like AT&T, Warner Brothers, United Airlines, and Girl Scouts of America. Along with those groups, he’s often collaborated with artists like Alfred Hitchcock, Otto Preminger, and Stanley Kubrick.

When it came to cinema, Bass would not limit himself to just film posters. He would play integral roles in the thematic design of a film by creating title sequences and storyboards. One documentary I highly recommend regarding the importance of Bass’s storyboarding is 78/52. The documentary covers the complete design of the famous shower scene from Alfred Hitchcock’s Psycho.

Saul Bass studied under functional Bauhaus designer György Kepes. Bauhaus was a movement in design that rejected conservative tradition. It began as a philosophy and political movement first then gained popularity later on as a design trend. Bauhaus broke down what was essential in design and focused on modernity.

The importance of Bauhaus in art history cannot be understated. It informed a majority of our modern takes on logos, corporate branding, and our infatuation with minimalism.

Saul Bass not only adopted the Bauhaus tradition of design but put it in front of millions of people. His modern take on company logos, movie posters, and movie title cards shook up the industry (in true Bauhaus fashion). His use of the work helped make the style commercially viable and it was something that was instantly recognizable.

Visual communication is universal and international; it knows no limits of tongue, vocabulary, or grammar, and it can be perceived by the illiterate as well as by the literate…[The visual arts, as] the optimum forms of the language of vision, are, therefore, an invaluable educational medium.

Stanley Kubrick built up quite a reputation over his film career for being quite meticulous or fickle during the creative process. He was a big proponent of taking your time during shoots. Many of his collaborators speak on this in the documentary Making ‘The Shining’ which was directed by his daughter Vivian Kubrick.

His general idea behind taking time behind shoots was – why take months to a year in writing then pre-production to rush through the thing you were working towards? This artistic approach would be no different from Saul Bass.

Saul Bass and Stanley Kubrick first collaborated on the 1960 historical epic Spartacus. Bass would design the title card sequence as well as the storyboards for the film. It would take nearly twenty more years for the two to work together again on Kubrick’s masterclass in horror – The Shining.

The film would be adapted from Stephen King’s novel of the same name. The story, of course, follows Jack Torrance, an aspiring writer and recovering alcoholic who accepts a position as the off-season caretaker of the Overlook Hotel in the Colorado Rockies. His wife Wendy and young son Danny accompany him in his work. It’s revealed that Danny possesses “the shining”, a sort of psychic ability that allows him to see the hotel’s horrific past. After a blizzard leaves them snowbound, the supernatural forces inhabiting the hotel influence Jack’s sanity, leaving his wife and son in incredible danger.

In true Kubrick film fashion, this version of The Shining takes a much more psychological route in its terror. There’s less weight placed on the supernatural forces at play but rather Jack’s devolution. Jack would be played by Jack Nicholson, Wendy played by Shelley Duvall, and Danny played by Danny Lloyd.

Saul Bass was tapped by Kubrick to design the film’s poster. Bass got to work and created five temp designs to show to Kubrick. In each one he implemented a sort of dotted stippling effect. With a cover letter sent with the designs, this is what Bass had to say…

Here are the five designs which surfaced out of the work done since I returned. I am excited about all of them, and I could give you many reasons why I think they would be strong and effective identifiers for the film. But the one I think is strongest is No. 1. It’s provocative, scary and emotional. It has size, and promises a picture I haven’t seen before. And it reduces beautifully. The reaction around here, by my associates, is similar. As is that of Sid Ganis, who came by a few days ago to see what was developing. Everybody responded strongly to all of them for different reasons. But interestingly, all zeroes in (without prompting) on this one, for the same reasons.

What do you think?

The art reflects the maze, Danny’s tricycle caught in a hand, silhouettes of the family, the maze again in the form of an eye, and the Overlook Hotel. What was sent back to Bass from Kubrick was less than enthusiastic. Some of Kubrick’s scrawling comments included…

Maze too abstract. Too much emphasis on maze.

Kubrick would write a full letter regarding his thoughts saying…

Tried to ring you a couple of times without success. Have very little time due to filming. I hope this note will suffice. My reactions to the ads you sent is that they are all beautifully done but I don’t think any of them are right. My specific comments are noted on the stats I’m returning with this note. May I suggest that the way to proceed is to do a great many pencil roughs so that we can agree on the basic art work idea before you spend a lot more time bringing a few very few ideas to a stage pretty close to a finished piece of art. I think this might also get us going a lot sooner. Many editions of the novel are being published which would use our logo, once we agree on it. By the way, what happened to the face version you showed me in London?

Who is the Face on The Shining Poster?

The face version shown in London one would assume is what would, of course, become the final version of the poster. Perhaps a direct reference to Jack’s psychotic grin pressed through the destroyed bathroom door?

What draws me to this story of Bass working back and forth with Kubrick is the brief glimpse at legends in their element. Doing their invisible work. Often time in art we always receive the finished product but rarely get to see the human elements that it took to develop it.

It’s moments like these that really make someone appreciate the fine work that goes into an individual’s creative processes. What’s even more fascinating, on a larger scale, is having two masters of their respective crafts butt creative heads. It’s like two philosophers coming together to create something that will stand the test of time.