At 40, Scanners Still Blows Our Minds…

Cronenberg melds the horrors of human mutilation with the intrinsic awe of scientific discovery. 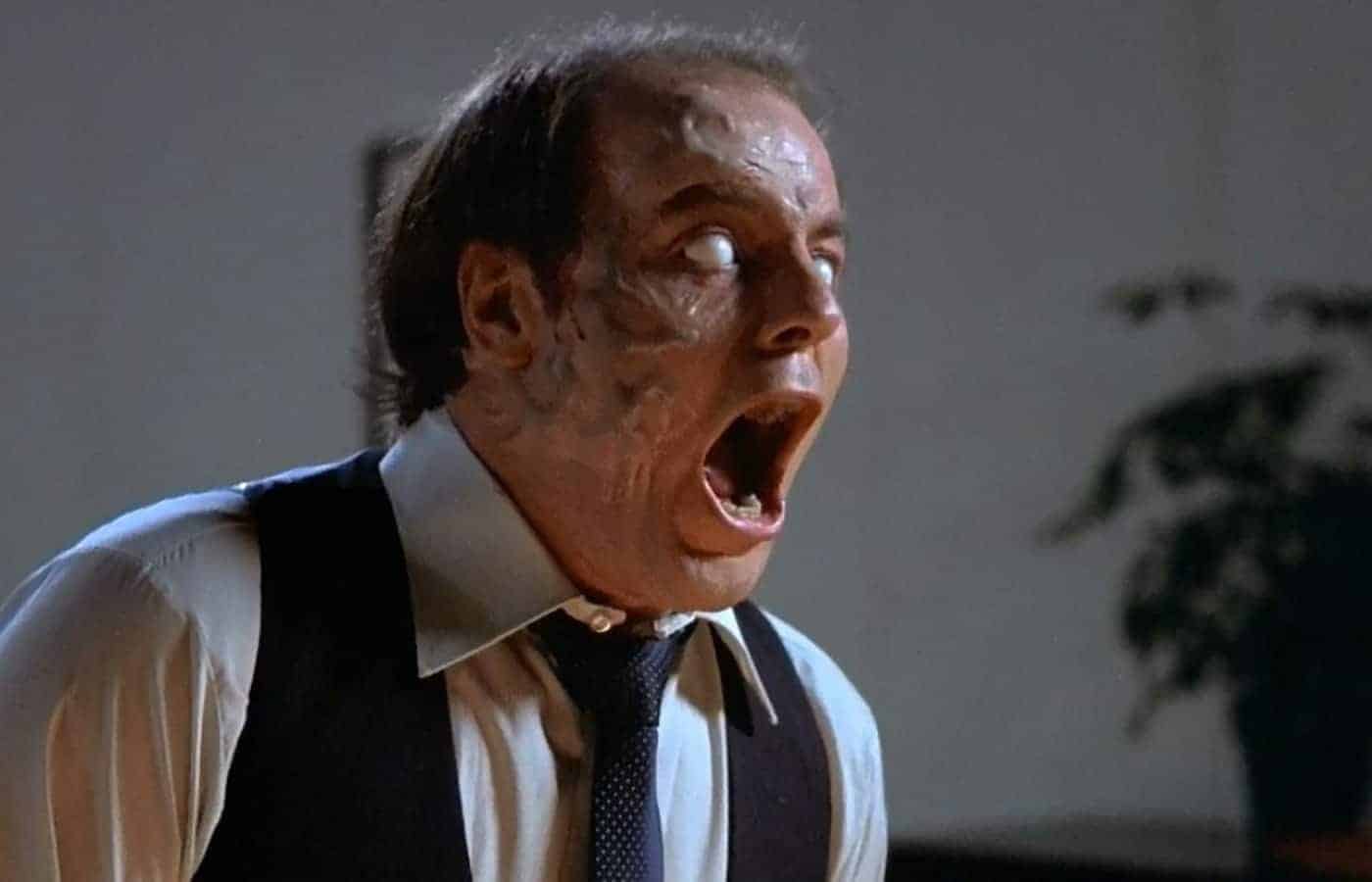 David Cronenberg melds the horrors of human mutilation with the intrinsic awe of scientific discovery.

Maybe it’s the fact that Scanners relied heavily on practical effects to deliver an unsettling exploration of the sub-genre of body-horror through a science fiction platform. Alternatively, it could be the way that it deals with the topic of government and corporate relations with great finesse.

As I sat down to watch the movie in celebration of its 40th anniversary, I found myself truly puzzled by a simple question: Why does Scanners hold up?

The answer came after a bit of reflection during the end credits. Scanners is a superhero movie.

A Paranoid Tale of Superhumans Among Us

In this day and age of colorfully dressed men and women fighting for humanity against aliens, diabolical sorcerers, political factions and garden variety super criminals, Scanners truly stands out because it approaches the concept of super-powered people and grounded in a realistic fashion, accomplishing this long before the X-Men were dawning black leather in their 2000 film debut. That is the film’s true power.

The story of Scanners happens in the real world.

This is what makes it so real to the viewer. Director David Cronenberg uses the trappings of reality with a dash of 70s era paranoia, combining it with real world inspirations to make us question everything we are seeing; the direction of the narrative as well as the motives of the various players. Through this world we follow the film’s protagonist, Cameron Vale (Stephen Lack).

Cameron is a vagrant and outcast from ‘normal’ society, having spent his entire life lacking ‘clarity’ as it would later be described in the film. It is this lack of clarity that has led Cameron to live his life as an outsider. In time, he discovers that he is not a mad or useless member of society. No, Cameron is a member of a rare group of people that possess the power to directly connect his nervous system to that of other human beings. Cameron is a scanner.

Throughout the story, he navigates a murky world of shifting moralities and allegiances under the guidance of Dr. Paul Ruth (Patrick McGoohan). His objective on this journey? To use his power to help a mysterious company known only as ConSec to stop a cabal of scanners that are dead set on destroying any and all of their kind that oppose their charismatic leader Daryll Revok (played with terrifying gravitas by Michael Ironside). Cameron’s enemies are hunting Revok’s opponents with extreme prejudice, shown in realistic but not horrific detail.

So much of the imagery and narrative we see is a direct analogue to things that had occurred in the real world. We regularly see people in our world that are genuinely afraid of the proposition of a reality in which young, radicalized people start to take over and effect change.

Another example of the dark reflection of our world through the lens of Scanners, is the drug Ephemerol. In the film this medication was created as a sedative for pregnant women. However, it had an unknown side effect. It created scanners. This element of the story was inspired by a terrible tragedy related to the drug, Thalidomide.  Like Ephemerol, this drug was used to ease severe side effects of pregnancy. However, it came with terrible reactions that caused severe birth defects in the children that were subjected to the drug in utero and served as an inspiration for a significant component of the world of Scanners.

Scanners is a masterclass in old school, practical effects. It is one of the very reasons fans love the movies as much as we do. It uses them in an effective manner of abstraction to make even the most desensitized of viewers at least a little uncomfortable. We don’t really understand what is happening when someone goes from seemingly fine one second, to bloated and hemorrhaging blood through their pores the next.

We don’t need to, though. It is horrifying and, like a car accident on an interstate, nearly impossible to look away from.

Cronenberg is famous for his use of physical effects in such a way that it is undeniable that he had an influence on science fiction and horror filmmakers for generations after Scanners hit theaters. He even managed to take the quirky and lovable adonis of nerdom, Jeff Goldblum, and lowered him to a hideous creature in The Fly.

This is perhaps where he shines as a director from a technical standpoint. He perfectly melds the horrors of human mutilation with the intrinsic awe of scientific discovery; bringing the hope that so many humanists find in science and revels in its darker half of unchecked and rampant progress.

We have Scanners to thank for this. This is Cronenberg before his peak. This is one of the movies that makes up the foundation of his career.

It is this foundation that serves to keep Scanners dancing on the fine edge between sci-fi and horror. The scene in which Revok displays his full power as a scanner has gone down in history as one of the most gruesome shots in cinematic history. While every other scene with Revok would have served with surgical precision to demonstrate his power, we are instead treated to a sequence that, through anxiety inducing tension, puts his power on display with the brute force of a sledge hammer knocking down walls.

It truly pushed the boundaries of what science fiction could show and demonstrated that you could blur the line between sci-fi and horror cinema in a way that stood apart from early predecessors such as Ridley Scott’s Alien.

Scanners is Science Fiction for (Almost) Everyone

In the end, when you consider the movie as a whole, Scanners is a pinnacle of dark science fiction filmmaking that has stood the test of time and proven to be a timeless classic and legitimately earned its coveted spot among the Criterion Collection.

Despite the head exploding viscera, it demands repeated viewings and garners a deeper appreciation every time. While this is not Cronenberg at his absolutely most horrifying, it is still Cronenberg at his best and most innovative.

Without a doubt this is easily my favorite of director David Cronenberg’s filmography. This is why I find myself so surprised, not of its cult status, but by the fact that it has fallen into obscurity amid a plethora of VFX heavy superhero films that, while entertaining, often ham-fistedly to take the deep jabs at humanity that this one movie does with such ease. Perhaps that is because these newer super-powered stories so often aim to land as many dollars as possible, while Scanners was clearly made for the sake of taking an interesting idea from paper to the moving image.

This is not meant as a slight against contemporary superhero films. I love the MCU and even a few of the DCEU films. But they all seem pale in comparison to this horrifying look at what human beings with superpowers might really be like.

So, why does this movie still hold up after 40 years?

I think it is because Scanners truly has something for everybody. Except the squeamish. All Scanners has to offer the squeamish is the stuff of dread nightmares.