Seeing Red: The Adelaide in Us

In Us (2019), if Adelaide looked back she would have seen hunger and the harbingers of doom on the horizon. Now, the entire world is seeing Red. 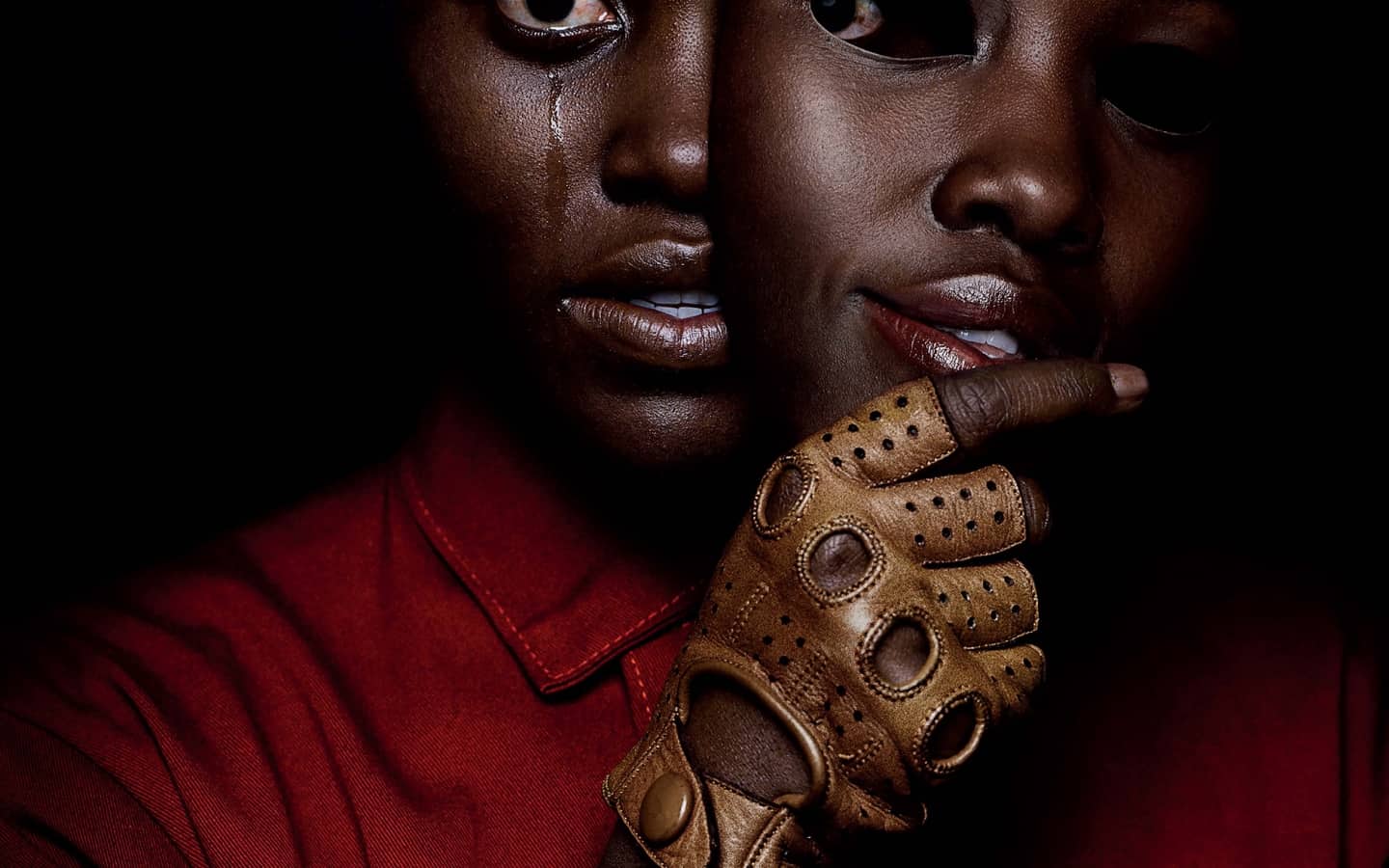 “How you could have taken me with you,” Red wistfully states to the Adelaide that has taken over her life. All that you have, all that you are, all that you’ve become—you took from me. Careful planning and preparation have lead to this day and this very moment where she faces the villain of her heroic tale. See the fruits of your destruction Adelaide and the fruits of my labor. You inspired me to rebel with others maligned and disposed of. We are tethered no longer. “It’s our time now. Our time up there” she says resolutely. With a snip of her scissors, two human-shaped cut-outs are rent in two.

The core of Jordan Peele’s second cinematic debut entitled Us is one of duality and the darkness and grey areas of our reflection. Enlisting the talents of Lupita Nyong’o to convey this message was indeed an incredibly high endeavor, but her choices to play two characters in two varying states of trauma was a subtle and adept choice. There was a precariousness in the convergence and divergence of movement, voice, and appearance for Red and Adelaide. There has never been an undertaking like this for a Black actress where they are allowed to embody the hero and the villain simultaneously. In the 150+ years of film history, Black Women’s roles in horror have varied from subservient to disposable or abject monstrosity.

There are rare heroic examples such as Sanaa Lathan in Aliens vs Predator (2004), Naomi Harris in 28 Days Later (2002), or N’Bushe Wright in Blade (1998). *Note that all of these films are packed together in the late 90s to early 2000s.* Thus, the trifecta of Lupita Nyongo as the lead actor with the main narrative focus, the role of antagonist/protagonist, and audience surrogate are wholly revolutionary and sadly anomalous. The special features of the DVD/Blu-ray release show the intensive mental and physical preparation required for a role of this caliber. Lupita crafted Adelaide and especially Red from the inside out.

The Origin of Doppelgängers

There is an acknowledgment of imposter syndrome in the very foundation of the Us premise. Red is Adelaide and Adelaide is Red. The accomplishments and failures of one could not be attained without the other. The constant battle of wills between the two oftentimes comes to a stalemate because they are constantly testing the other, baiting the other, or waiting for the other to ‘throw in the towel’. The ideation of doppelgängers originally entailed the ghost or paranormal that haunted the individual with bad luck; the word itself translates into ‘double-goer’ or ‘double walker’ and entwines with other variants of folklore with the concept of an evil twin.

Jordan Peele embraced the horrific nature of this concept directly from the twenty-first episode of Rod Serling’s The Twilight Zone entitled Mirror Image. Therein, a young woman comes to a bus terminal and experiences the supernatural. She is jarred with the realization that various people within the bus terminal have seen her where she knows she has not been.

Her terror is amplified when she sees her mirror image in the bus station bathroom wearing her clothing, hairstyle, makeup and all of her physical attributes down to the last detail. She tries to express what she’s seen and the bizarre goings-on to others, but we know what happens in most tales such as these. She’s deemed a danger to herself and others and hospitalized before the episode ends, but not before she sees her doppelgänger leaving on a bus to a destination unknown. Oh, and the man that she interacts with the most in the episode who calls for her hospitalization, sees his doppelgänger flee into the night as well.

Who is the Mirror Image?

“When I was a kid, I went to that boardwalk with my parents. I wandered off. I don’t know why. I just did. I ended up in that hall of mirrors. There was another girl in there. She looked like me. Exactly like me.” This experience is retold by Adelaide or the mirror image of Red; the juxtaposed reflective surface as this information is being delivered is dually clever and insidious as to whose frame of reference we’re supposed to be empathizing with.

Memory suppression is a very real phenomena in response to a traumatic (psychological and/or physical) event and Red/Adelaide are both attempting to piece together the puzzle pieces of a shared childhood nightmare. As each grew older in a separate environment, what was suppressed to embody the lie? The creepy and malicious grin alludes that the child from below planned to usurp the one from above and camouflage into society, not with any megalomaniacal plans of world domination in tow, but with the individual yearnings of a normal human(e) life for herself.

Conversely, the inquisitive albeit frightened girl from above chained to the world below saw the plight of ‘the tethered’ who were left to destroy themselves and each other but saw the collective yearnings of a normal human(e) life within them all. Sadly, Adelaide never looked back. Red however did—to the last moment of normalcy above she ever experienced—in front of a powerfully evocative televised message.

“What has 12 million eyes, 192 million teeth, and stretches from the Golden Gate Bridge all the way to the Twin Towers? It’s Hands Across America. A 4,000 mile-long chain of Good Samaritans standing hand in hand through fields of grain, past purple mountains, and across fruited plains from sea to shining sea. That’s right. This summer, six million people will tether themselves together to fight hunger in the United States.” If Adelaide had looked back she would have seen that hunger and the harbingers of doom on the horizon. Now, the entire world is seeing Red.