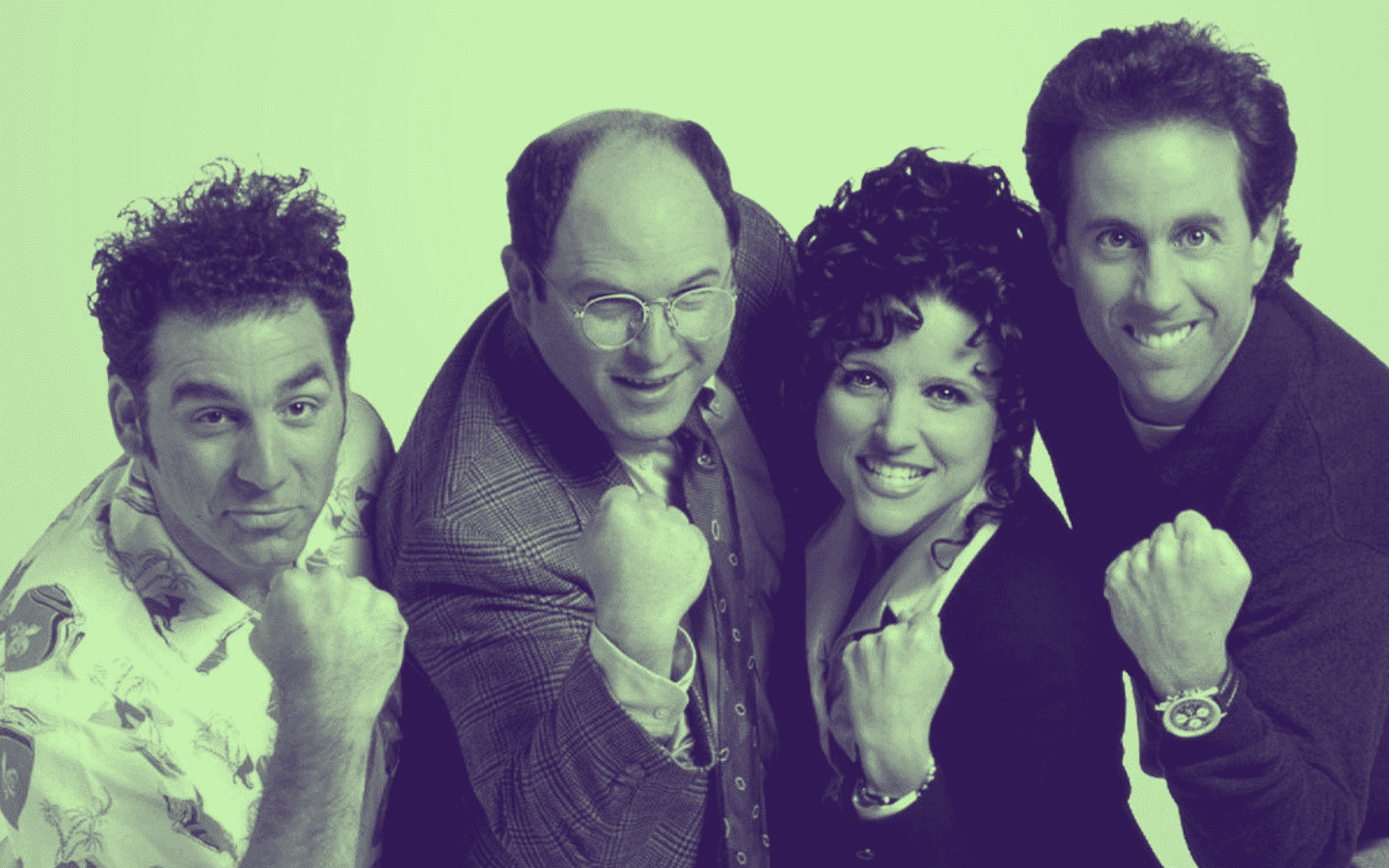 Seinfeld is one of the most beloved sitcoms of all time. The show was dubbed ‘the show about nothing’ as it deals with everyday scenarios and does not follow a serialized plot. Much of the show is based on Jerry Seinfeld’s observational stand up comedy.

Many people love Seinfeld because of its formula. In most episodes, one of the characters (Jerry, Elaine, George, and Kramer) makes an awkward remark or social faux pas. By the end of the episode, this small error has spiraled out of control, to hilarious results. I have been watching Seinfeld for most of my life, and the show never seems to get old.

Today we want to test your knowledge with a series of Seinfeld trivia questions. Use them to test your friends on your next trivia night. Let us know how well you did on social media.

What does Jerry get tested to see if it contains fat?

Kramer’s skin turns dark and leathery after he turns his apartment into this kind of establishment.

Jerry has a legendary bromance with this famous baseball player.

Throughout the series, Jerry messes up this man’s life on multiple occasions, leading him to think Jerry is a ‘very bad man’.

What year did Seinfeld premier?

Mulva is not the name of this love interest that dumps Jerry after realizing he does not know her name.

Jerry feels guilt over Manya’s death after he makes an insensitive joke about this animal.

In season two, Jerry buys a very expensive jacket that has a striped inner lining of these colors.

Who leaves dirty messages on Jerry’s tape recorder while he is performing on stage?

Judge Reinhold appears on Seinfeld as a character with this comedic nickname.

The owner of the Chinese restaurant causes George to miss an important call when he mistakenly calls out this last name.

George turns this color after receiving treatment from a hack holistic healer.

Larry David plays in this in-universe science fiction film that Jerry hears while he is sleeping.

Tobin Bell guess stars on Seinfeld as the owner of this type of establishment.

In the pilot for Seinfeld, Cosmo Kramer originally had this last name.

Much like Kramer’s name, the title of the show was changed after the pilot. What was the original name of the show?

When George needs to hide his identity, he uses this alias.

In a reference to Arthur Miller’s ‘Death Of A Salesmen’, Jerry has this comical nickname for George.

This character has an obsession with Jerry, stalks him, and plots to get his revenge on him.

How does Elaine throw out her back while visiting Jerry’s parents?

Answer: By sleeping on an uncomfortable pull-out bed.

Though you never see him, this actor does the voice for George Steinbrenner.

Jerry bribes Newman with this food to keep him quiet about his relationship with his neighbor’s girlfriend.

Everyone is grossed out by Kramer’s salad after he announces that it was made in this location.

After getting out of the pool, George is embarrassed by having this genital phenomenon.

When George isn’t wearing his glasses, he accidentally eats this out of Jerry’s fridge.

Jerry does not want to wear the puffy shirt because it makes him look like this.

What causes Elaine to laugh during George’s girlfriend’s piano recital?

What food gets stuck in someone’s body when Kramer drops it while observing a surgery?

Jerry causes drama in the retirement community when he accepts this gift from Jack Klepper.

Answer: A pen that can write upside down.

This is the name of Morty Seinfeld’s famous beltless trench coat.

What actress plays the role of Elaine Benes?

You must order correctly when ordering food from this offensively-named chef.

What food does Jerry say people should ‘look to’ for inspiration about racial equality?

How Did You Do With These Seinfeld Trivia Questions?

We hope you enjoyed our list of Seinfeld trivia questions and answers. How well did you do with the questions? Let us know on social media!