Shoot Her! – A Kids Shot for Shot Jurassic Park Remake

There's a children's shot for shot remake of Jurassic Park and it's glorious. 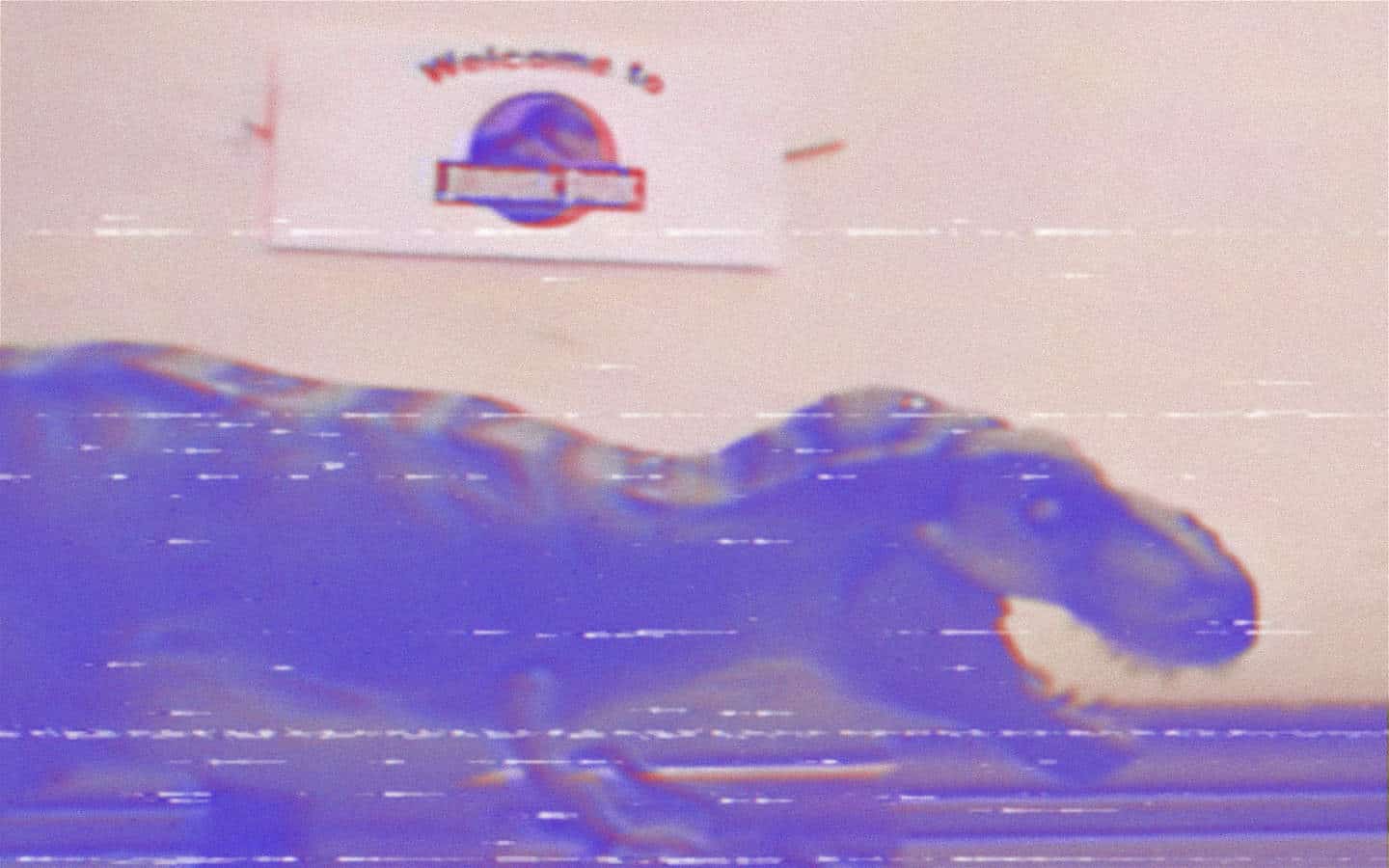 They spared no expense to create a cinematic dream that fills me with laugh and joy on why I love film and movie making.

Life finds a way and back in the early 2000s, life did find a way! Today we are going to be talking about the art of shot for shot remakes and kids’ passion to make a shot for shot remake of Jurassic Park! So hold onto your butts. It is about to get wholesome!

It’s hard to explain this, but before YouTube, people still tried to make cool things! I remember going to a comic convention in 2003 and getting a burned DVD of Batman Vs. The Predator and a bunch of Star Wars fan films shot in the woods. They were made by passionate people with access to some money. If you grew up in the early 2000s and were the age of six to around ten and wanted to make a movie, you had to bust out mom or grandpa’s camcorder to make movies.

Would you make your original things? Sometimes you would, but other times you would try to recreate something you saw on T.V. or the VHS tapes you collected. If you were a kid growing up in the late ’90s to early 2000s, chances are you thought Dinosaurs were cool and also Jurassic Park was amazing! What happens when you combine your love of Jurassic Park, the beginning of your want to make movies, an old camcorder, and a whole summer to kill with your brothers, sisters, and cousins? You make a shot for shot remake of Steven Spielberg’s classic movie Jurassic Park!

Holy crap, do I love this movie! The main reason why I enjoy it so much, and I prefer watching it over the actual Jurassic Park at times, is because it oozes with this extraordinary homemade quality to it that you can’t stop admiring the dedication and charisma of this project. From the costumes down to the special effects! You can’t take your eyes off the screen, because you might have seen Jurassic Park a million times, but when you watch this movie you quickly see how they got past a bunch of technical shortcomings. They also try to try to remake the movie as well as faithfully. From shots to special effects, this movie has it all.

Shot for shot remakes of movies are nothing new. To give a brief history of shot for shot remakes of movies, they go back to the beginning of making films. A prime example of this is Turkish versions of popular movies, such as Turkish Rambo, Turkish Star Wars, and the multiple Turkish E.T. movies! The invention of the commercial video camcorder made it easier to make movies at home.

We started to see passionate fans of film creating a shot for shot remakes of movies, such as Raiders! A Raiders of the Lost Ark shot for a shot remake that started in the 1980s and was finished in 2014 with a documentary about the making of the whole thing. I even did a project during quarantine for the 30th anniversary of Back to the Future 2 with Project 88, where I and some friends created a scene for a shot for shot fan remake of the whole movie. Shot for shot remakes are an art form that has been recently growing in popularity and has no end in sight.

Watching this movie is like being injected with nostalgia for 2002 because it perfectly captures what it was like growing up in 2002 – from fashion down to the big old computer screens. It is the only thing that could have been made by kids for kids. It has this charm that something like movies such as Be Kind Rewind and even the movie-making segments in Super 8 in regards to trying to capture the magic of the movie-making process. I think the reason this is so appealing is that these groups of kids are trying to make an homage to their favorite movie and using everything they have in their toy box at the time.

From toy guns, dinosaur toys, making a cardboard Jurassic Park jeep, and my favorite, the dinosaur toy hand puppets you got at McDonald’s back in the day! They also film Jurassic Park throughout their home. They were using every part of the house as a set. From the electric gate down, being just a wood fence to the Costa Rica restaurant, that is just their porch. This movie has it all!

The cast of the movie is made up of the whole family and dad on their farm. We have the stars Grant, Ellie Sadler, Ian Malcolm, and John Hammond. The only person not in this version of the movie is the lawyer who gets eaten. Other than that, it is a shot for shot remake of Jurassic Park. The film is shot around their house and or farm, because they have so much stuff from dad’s office, down to using the family minivan as the helicopter. It goes back to the homemade quality of the movie.

I won’t talk about the acting because that would be asinine. After all, the film was meant to show the family and friends a cool movie. I have to shout out to the person who played both Nedry and Hammond because that is a kid that loved doing accents and went 1001%. All the other kids are also having so much fun. I can only imagine the number of days they spent watching the original movie, writing down the lines for the film in a spiral notebook, and then going outside and completely saying them line for line.

I think the best part of this version is the special effects. Jurassic Park used every special effect from CGI to practical animatronic dinosaurs. Because of that, it blew audiences away. Even in this version, these filmmakers, and yes, I mean filmmakers. They use every trick in the book: forced perspective, puppets, action figures and even gluing toys to fabric to push them over a field. It is truly a sight to be seen. You never want to take your eyes off the screen, because something will happen and you will just have to keep watching. Because again, I’ll have to repeat it, it is the feeling of being homemade that draws this movie to higher levels of enjoyment, such as the scene with the brachiosaurs. It is pure gold!

I figure it is the same reason people like practical effects in movies as an audience member. You quickly understand that movie is made out of love and that a lot of care and hours went into making it. Making short for shot movies are also the ultimate film school. You learn every step of the filmmaking process. While at the same time, you can step into the world of your favorite movie. You know how the movie ends and it is your job to begin it again and have fun recreating it.

Everyone should watch this movie. I think it is an excellent double feature with Jurassic Park. It is a great companion piece. It is the kind of movie that you feel so good watching, especially with friends, because I recently watched this with one of my best friends and we could not stop laughing and pointing out things and remembering being kids and wanting to make movies. This little movie shows that if you have a passion for making a movie, you can go for it and learn how to make a movie in the process if you don’t believe me!

The two directors Steven and David Hudson (Hammond and Grant, respectively) currently have their own production company called Cinesaurus. They still make videos and fun projects for the whole world to check out. Thanks to this little movie, they made while bored one summer, a camcorder, and a head full of dreams. You all keep rocking on and check it out because it is fun for the whole family! They spared no expense to create a cinematic dream that fills me with laugh and joy on why I love film and movie making.