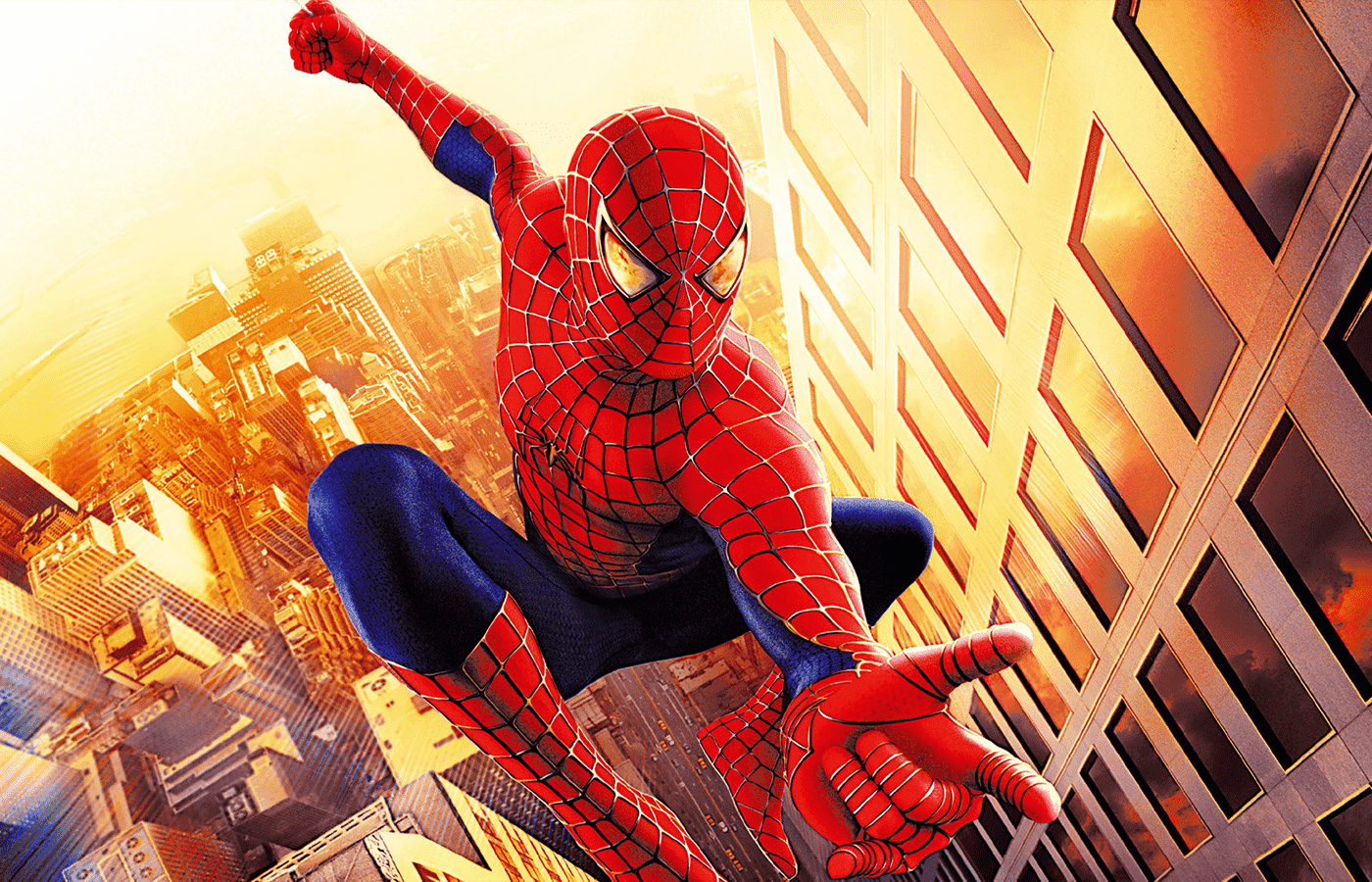 It’s a great time to be a Spider-Man fan. We’re hot off the heels of Spider-Man: No Way Home, and with Insomniac’s Spider-Man 2 video game and Spider-Man: Across The Spider-Verse from Sony on the way, there’s a LOT to look forward to. It’s also a good opportunity to look back because this is a landmark year for Spidey. He’s celebrating both 60 years since his debut on the comic page and 20 years since his first swing across the silver screen. Since then, the Web-Head has proven to be a box office juggernaut and something of an icon. But we’ll always have a soft spot for Sam Raimi’s beloved classic Spider-Man.

In the ’90s the baseline for comic book movies was a lot closer to Batman Forever than Avengers Endgame. For a while, the budding genre was delegated to cheesy fun with a few exceptions, until Spider-Man helped break that mold. Sam Raimi (The Evil Dead, Darkman) wasn’t on Sony’s radar to direct but campaigned for the job with his love of the character. His passion set him apart because he wanted the film to be a teen drama and put the focus on Peter Parker – who he is, and his relationships with his loved ones. Not what he can do with his powers, but why he does it.

RELATED: The Weird And Wonderful Career Of Sam Raimi

Enter Tobey Maguire. A pretty unlikely choice for a big action role, but his dramatic chops make him an excellent Peter. He’s a humble and relatable everyman, the perfect centerpiece to keep the fantastical story grounded. The rest of the cast was equally perfect for their parts – Rosemary Harris, J.K. Simmons, Cliff Robertson, and of course Willem Dafoe all giving extremely memorable performances that would come to define the characters going forward. So much so that Simmons would be asked to return for the MCU’s alternate take on J. Jonah Jameson, and Robertson makes a quick cameo as Uncle Ben in Sony’s Into The Spider-Verse.

What set Spider-Man apart is the film wasn’t afraid to take itself seriously. It takes its time letting us meet Peter, his friends, and his family, and learn how his world works BEFORE his fateful run-in with the spider in the science lab. We don’t even see him don the classic red and blues until 54 minutes into the movie. But by putting so much emphasis on the man behind the mask, by the time we finally see the web-slinger swing through NYC it feels earned. Since then, that’s become the formula. Throughout the early ‘00’s we saw origin movies run with it, again and again, so many times that nowadays studios are skipping “Origin movies” altogether and cutting to the chase.

Spider-Man changed the game for comic book films by managing to hit the right notes at the right time, which paid off when it was the first movie to cross the $100 Million dollar mark in its opening weekend. No small feat for the time but especially mindblowing for a comic adaptation coming hot off the heels of Batman and Robin a few years prior. Spidey has always been Marvel’s slam dunk and in 2002 he brought his a-game to the megaplex.

At first glance, Sam Raimi is an odd pull for the superhero genre. Thinking of Raimi, your immediate thought is almost always his horror repertoire. But looking back, his campy humor and striking visual style give the action sequences a unique, almost timeless quality (if you ignore the Cingular ad). The movie takes itself very seriously at times but still lets itself have a lot of fun at others. That tone, mixed with the clear reverence for the source material makes Spider-Man the quintessential entry point for a “traditional” Spidey story.

Teenage superhero, newspaper photographer, elderly aunt, juggling heroics with school and work. All the basics of the character are represented almost flawlessly. To the point, every Spider-Man movie since then has steered clear of stepping on Raimi’s toes. 2012’s Amazing Spider-Man film danced around this one by finding ways to reinvent Spidey’s origin and status quo, and the MCU opting to skip the origin trope entirely. No need to reinvent the wheel! Apart from paving the way for the box office juggernaut of the Marvel Cinematic Universe, Spider-Man gave us one of the very first Stan Lee Marvel cameos. Back when he was a blink-and-you-miss-it bystander.

Mix all that with a sepia tone filter, and plenty of patriotic shots of American flags, and you’ve got a wild ride. Danny Elfman’s beautiful score is just the icing on the cake.

Raimi wasn’t Sony’s first choice (or even top ten) but he certainly was the right choice for Spidey. Even 20 years later, Marvel tips its proverbial hat by borrowing Raimi’s takes on these iconic characters and the amazing actors who brought them to life. 2002’s Spider-Man set the stage for what a superhero movie could be and helped break the budding genre out of its funk. There will always be another new Spider-Man flick on the horizon, but we’ll forever have a soft spot for his big-screen debut.