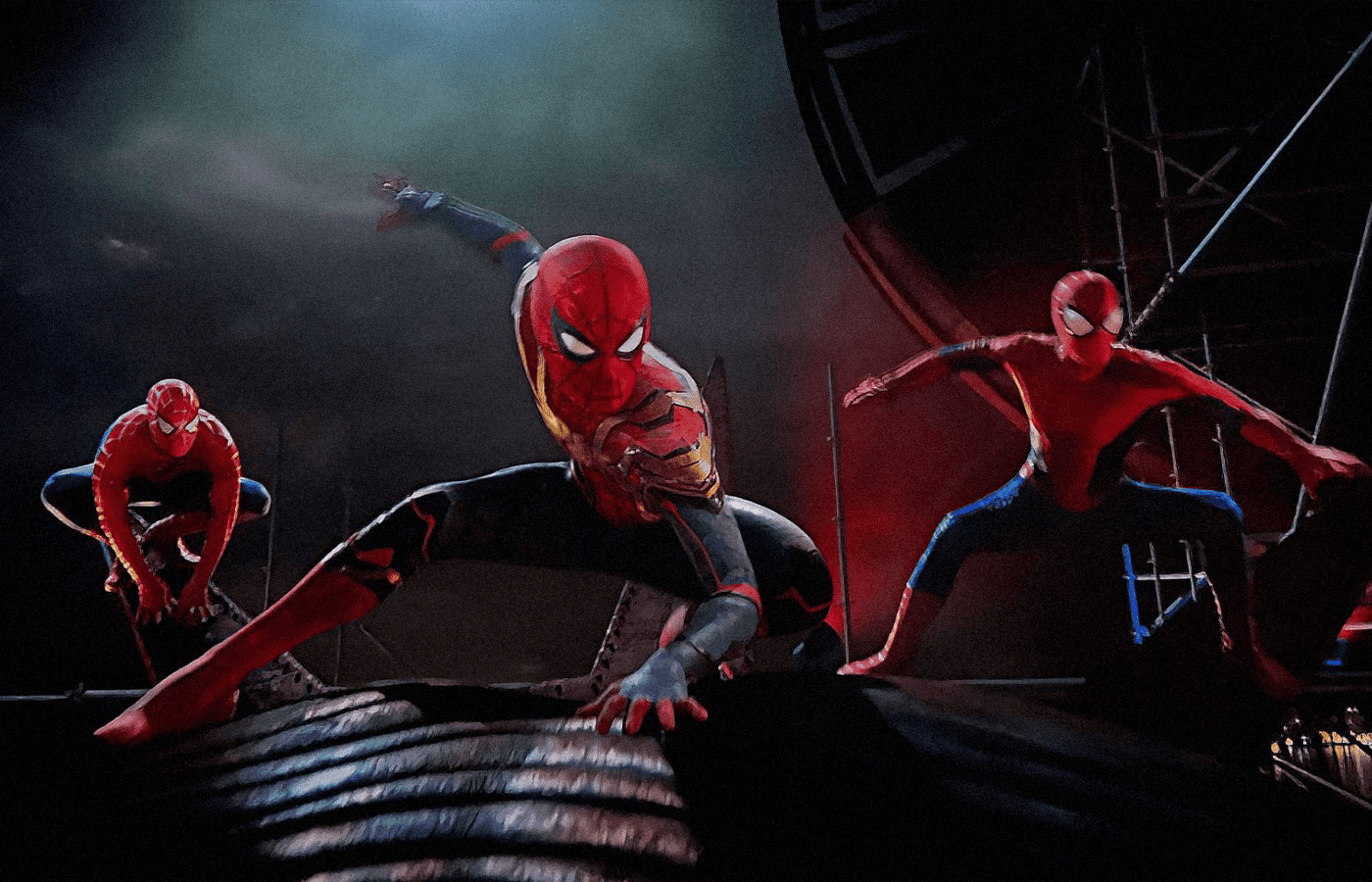 Spider-Man turns sixty this year and somehow he’s still in high school. All jokes aside, since his first appearance in Amazing Fantasy #15, he’s become a cultural phenomenon and one of the most recognizable figures on Earth. Up there with Batman, Mickey Mouse, Ronald McDonald, and Dracula – Spider-Man is a household name. Since his creation in 1962 by Stan Lee and Steve Ditko, there have been thousands of comic books, multiple television shows, cartoons, and films surrounding the web-slinger.

Today we wanted to look at all the actors that have played Spider-Man. Everyone comic-book fan has an opinion on who played Spider-Man the best, so here at PHASR, we decided to throw our subjective hat in the ring. We’ve curated a list of the best and worst actors to portray Spider-Man. Let us note that this list should be taken with a grain of salt. Every actor and performance may be someone’s favorite, so as we delve into every Spider-Man performance just remember this is solely our opinion!

To make things clear and concise we’re exclusively discussing every live-action performance. From Tobey Maguire suspended upside down in the rain kissing Kirsten Dunst to Tom Holland perched on the crown of the Statue of Liberty, we’re breaking down every live-action actor who has played Spider-Man. From the worst to the best, here is every Spider-Man actor ranked. Enjoy!

Who All Has Played Spider-Man?

Who has played Spider-Man? Since the character has existed for nearly sixty years there have been dozens of iterations. If we’re exclusively counting live-action appearances then the only actors to portray Spider-Man are Reeve Carney, Justin Matthew Sargent, Nicholas Hammond, Shinji Todo, Tobey Maguire, Andrew Garfield, and Tom Holland.

RELATED: 20 Suits We Want To See In Insomniac’s ‘Spider-Man 2’

With an incredible budget of $75 million, Spider-Man: Turn Off The Dark became the most expensive Broadway musical in history. With high praise for its special effects and music by Bono and The Edge, it wouldn’t be enough to save the musical from its strange writing. The rock opera was re-written numerous times, several actors were injured during production, and after a short period of three years, Spider-Man: Turn Off The Dark was no more.

Reeve Carney performed in six of the eight performances each week of the show. Though the actor may be talented in other arenas, Carney was, unfortunately, involved in one of the most bizarre Broadway musicals ever made according to a review from The New York Times. With strange performances all around, it’s easy to forget that this was supposed to be a Spider-Man themed musical. The show eventually closed at a “monumental financial loss,” and Reeve Carney would go on to brighter roles, leaving his role as Spider-Man in the dark.

From 1977 to 1979, Nicholas Hammond (The Sound of Music and Once Upon A Time In Hollywood) portrayed Peter Parker/Spider-Man in the CBS television series titled The Amazing Spider-Man. Only starring in thirteen episodes over two seasons, Hammond played Peter Parker and every so often Spider-Man but it was stunt coordinator Fred Waugh mostly under the mask.

The television network didn’t quite know how to market the series. People thought it may be too juvenile and as such, they created original love interests, stripped the series of any notable supervillains, and updated the script with more adult themes. This of course didn’t sit well with die-hard comic-book fans. Though Hammond was likely several comic-book fans’ introduction to Spider-Man, and probably remains a favorite for an older generation, he plays Peter Parker with a subdued attitude. His performance is even and earnest without much characterization.

Shinji Todō (Denshi Sentai Denjiman: The Movie) portrayed Takuya Yamashiro/Spider-Man in the short-lived Japanese television series Spider-Man/Supaidāman (1978-1979). The company behind the Kamen Rider franchise wanted to take its shot at bringing Spider-Man to Japanese audiences. The show follows the lore of the comics the least but is perhaps one of the most original ideas for the webhead ever. Shinji Todō’s performance is over-the-top but entertaining, to say the least!

Young motorcyclist Takuya Yamashiro sees a UFO crashing to Earth. Takuya’s father investigates the crash but is killed upon discovering the ship. Attracting the attention of Professor Monster and his evil army of aliens. Takuya follows his father to the ship and finds Garia, the last surviving warrior of Planet Spider. Injecting Takuya with some of his own blood, Takuya gains spider-like powers. With his new superpowers and giant mech, Takuya protects Earth from evil aliens under the guise of Spider-Man. The series has garnered a cult following in the United States and Supaidāman continues to make appearances in new Spider-Man stories to this day.

Tom Holland (Uncharted and The Devil All The Time) is currently one of the most popular actors on this planet and for good reason. Tom Holland was introduced as the Marvel Cinematic Universe‘s Spider-Man in Captain America: Civil War and since has claimed the hearts of young comic book fans across the world. At one period of time, it felt very unlikely that movie-goers would ever see Spider-Man alongside The Avengers. But when Sony and Disney came to an agreement with the character, Kevin Feige and team managed to get the red and blue-studded crime fighter in at the last second.

Though Tom Holland is one of the very first actors to play Spider-Man in a vibrant and extended film franchise, the writing for this version of Peter Parker always felt off. Holland nails the awkward teenager role and his cast of supporting characters has always been fun. His performance as Peter feels more akin to the latest run of The Amazing Spider-Man. Why Tom Holland is not number one on this list is that the integral story beats of what makes him Spider-Man have been let go for dated pop culture references and a lack of character development.

This is solely a writing issue and not an issue with the actor himself. Everything is given to him by Tony Stark, and rather than having to learn his great lesson from Uncle Ben, outgrow faulty mentors, and define what true heroism is, his first two films feel like diluted John Hughes pictures. Spider-Man: No Way Home finally brings what is missing to his character and for that, we’re incredibly grateful! Tom Holland’s performance, despite previous comments, walks the fine line between his role as Peter Parker and Spider-Man very well; we’re excited to see his future within the MCU.

We get to see the process of him physically designing his own suit, building his own web shooters, and figuring out the science of how to defeat his villains. Though he has fewer films than Tobey Maguire or Tom Holland, we will say that The Amazing Spider-Man series brings the energy from the Ultimate Spider-Man comics and makes it entirely its own.

Tobey Maguire (The Great Gatsby and Brothers) portrayed one of the very best performances of Peter Parker/Spider-Man to date. After going through several years of production hell and varying scripts, director Sam Raimi took the reigns of Spider-Man. Raimi and team redefined the superhero movie and provided a foundation for the entirety of the MCU in a lot of ways. Tobey Maguire as Peter Parker brought a level of awkwardness, charm, earnestness, and tragedy to the role that only he could. Paired with a stellar script, Tobey would go on to become one of the most beloved actors to portray the famous comic book hero to date.

Tobey Maguire’s performance absolutely perfects the early years of Stan Lee and Steve Ditko’s Spider-Man run. He’s an unlikely protagonist that carries the franchise with spirit. The first Spider-Man film is a classic at this point, we’ll stand our ground when we say that Spider-Man 2 is the best superhero movie ever made. It’s about defining heroism and what it means to give up what we want for the greater good. The film continues to be inspiring and Tobey Maguire is part of that magic. He’ll forever be our favorite friendly neighborhood Spider-Man.

Who Is Your Favorite Spider-Man Actor?

Who is your favorite Spider-Man actor? Let us know your personal ranking over on social media today!