Spiral: From the Book of Saw Review (2021): A Refreshing Chapter in the Saw Franchise

Spiral serves as a good entry point for all of your non-gorehound friends. 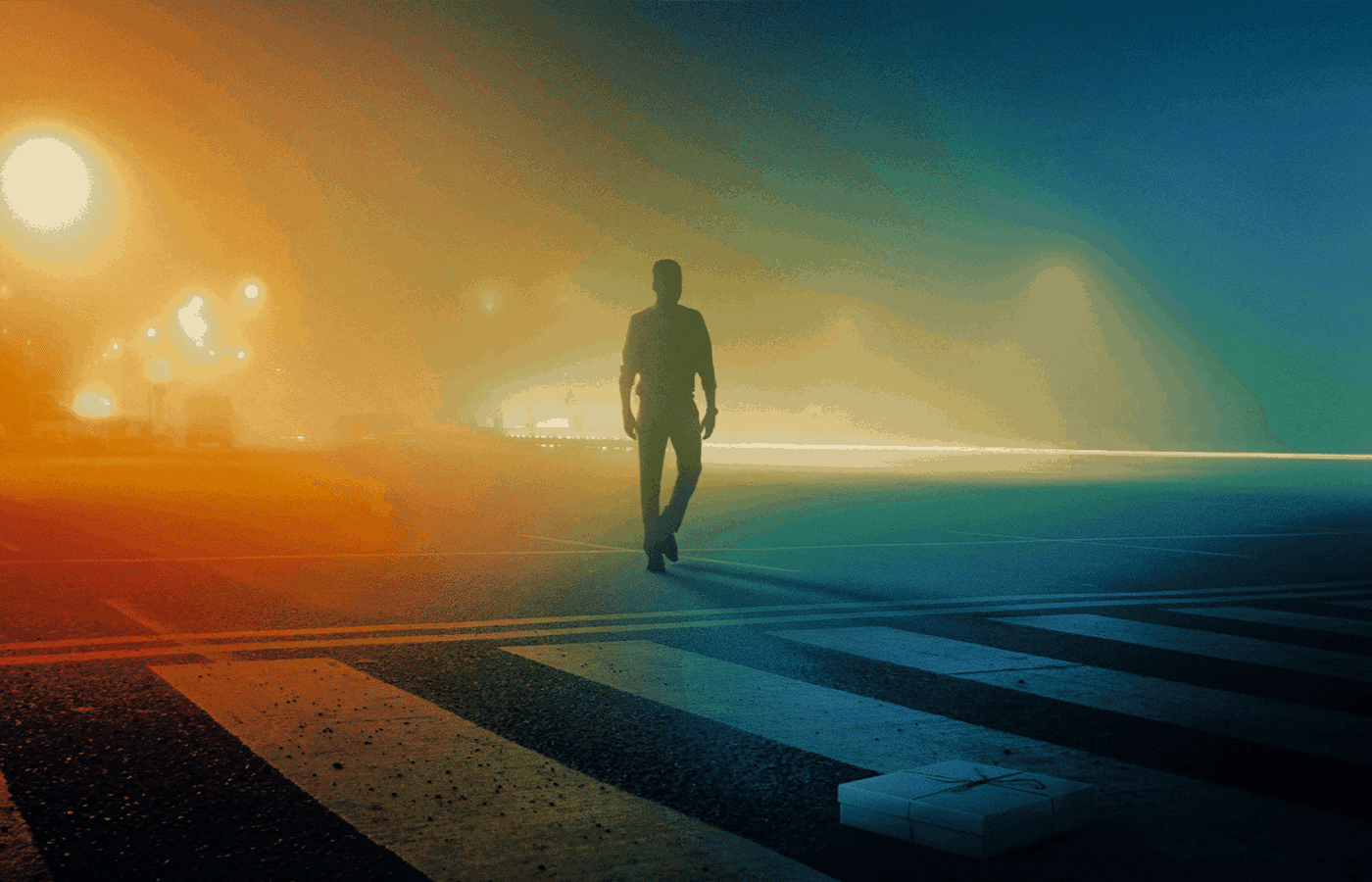 Spiral: From the Book of Saw Review

As the full title suggests, Spiral: From the Book of Saw is not a traditional Saw sequel, but rather a story that takes place in the same universe as the other films in the series.

Darren Lynn Bousman’s Spiral: From the Book of Saw (2021) begins with a literal bang. Fireworks explode across the opening frame before the camera pans down, revealing a Fourth of July festival. Almost immediately, the celebrations turn sour, as a man dressed in a grimy Uncle Sam costume steals a woman’s pocketbook and runs away, disappearing down an ominous shaft hidden behind one of the festival booths.

Detective Marve “Boz” Boswick (Dan Petronijevic) happens to be on the scene and pursues the man, following him down the shaft and into an active subway tunnel. Very quickly, Boz learns that his presence at the crime was not so coincidental; rather, he was purposefully led down into the tunnel by a new serial killer, inspired by John Kramer, AKA the Jigsaw Killer (Tobin Bell). Boz is knocked out by a person in a pig mask and wakes up to find himself in a deadly trap that forces him to pay for his false witness testimonies and “rail-roading” of innocent people accused of crimes.

I’m not going to say what exactly is involved in this trap, or whether or not Boz makes it out with all of his limbs intact, you’ll have to go see Spiral for that information. That being said, all of my fellow fans of the Saw franchise will be happy to hear that Spiral takes part in the proud Saw tradition of opening with a fairly gore-happy scene. Unfortunately, Spiral doesn’t live up to the expectations of this set-up, nor does it engage in much of what makes the franchise fun.

As the full title suggests, Spiral: From the Book of Saw is not a traditional Saw sequel, but rather a story that takes place in the same universe as the other films in the series. It follows Detective Ezekiel “Zeke” Banks (Chris Rock), a cynical detective whose history of turning in corrupt cops has made it difficult for him to trust his co-workers. And based on some of the cruel treatment he receives from other cops, it seems wise not to trust them. We also learn that Zeke’s father, Marcus Banks (Samuel L. Jackson) is a retired former police chief whose stellar reputation within the department hangs over Zeke like one of the buckethead traps from 2017’s Jigsaw.

This new serial killer who is mimicking Jigsaw’s old routine has a singular focus: to root out and punish corruption in the police force. At one point, Zeke claims that this killer is completely different from the original because “Jigsaw never targeted cops.” Uhm, I think Eric Matthews (Donnie Wahlberg), Allison Kerry (Dina Meyer), Daniel Rigg (Lyriq Bent), Mark Hoffman (Costas Mandylor), and others might disagree.

Rather than focus on the tortuous and often claustrophobic experience of the film’s victims, Spiral instead follows Zeke and his fellow detectives as they try to solve the case and catch the killer.

One of the strengths of Spiral comes from its bravery to take the franchise in a new direction. It would’ve been very easy (and probably tempting) to follow the usual Saw formula completely, especially since director Darren Lynn Bousman has plenty of experience: he directed many of the films within the franchise, including some fan favorites like Saw II (2005) and Saw III (2006).

Rather than focus on the tortuous and often claustrophobic experience of the film’s victims, Spiral instead follows Zeke and his fellow detectives as they try to solve the case and catch the killer. In so doing, Spiral exists in a much larger playing field than normal and seems more connected to the real world. It also just makes sense: since the killer is apparently targeting the cops from Zeke’s precinct, this seems to be where much of the action is.

After all, the full title, Spiral: From the Book of Saw, doesn’t just mark its distinction from the franchise, but it also gestures towards the religious energy that seems to follow John Kramer and his sadistic philosophy of self-help via dismemberment.

Jigsaw’s Disciples and the Fun of Spiral

Previous films in the Saw franchise have engaged with the many so-called disciples of Jigsaw and their misinterpretations of his message. For example, in Saw III, Amanda (Shawnee Smith) is punished for her anger and inability (or, perhaps, refusal) to teach her victims any sort of lesson. Since Spiral presents audiences with a new Jigsaw copycat, it could have been an opportunity to delve into the way that Kramer’s disciples have corrupted his message (this also could be a neat parallel to the police corruption featured in the film).

Much like in Saw III, the traps in Spiral seem to lack any sort of opportunity for victims to learn the error of their past transgressions. Additionally, many of Spiral’s traps very simple, often telling victims to choose between dying or losing one of their limbs. Very straight-forward. Perhaps it is my love of camp that had me nostalgic for the often ridiculously complex traps set in previous Saw movies, but it did feel like some of the fun was taken out of these scenes.

This is not to say, however, that Spiral lacks in fun. One of my favorite moments in the film is when Zeke, in very Chris Rock fashion, comedically riffed on Forrest Gump (1994). Rock’s charisma also shown in the rapid back-and-forth dialogue with rookie cop William Schenk, played by Max Minghella. The oscillation in tone, from contemplating the macabre destruction of the human body to stand-up-style take-downs of beloved American cinema was, in my mind, a refreshing addition to the Saw franchise.

The only Saw moment that I can think of that comes closest to this sort of tone is every time Adam Faulkner-Stanheight (Leigh Whannell) exclaims “I’m having a blast! This is the most fun I’ve had without lubricant!” while chained to a grimy bathroom in the first film. Of course, Adam’s defensive gallows humor has a terrified edge to it, whereas the comedic moments of Spiral are purely funny.

Finally, it’s important to think through Spiral’s engagement with police corruption. Recently, systemic racism within law enforcement has entered mainstream conversations in the United States. It’s hard to not watch this film without this context in mind; however, it doesn’t seem like Spiral is saying much. While the bad guys are cops, the good guys are, too. And the corruption that Zeke and the Jigsaw copycat are fighting against seems more befitting of a film like Serpico (1973), made in an earlier United States, than a film released in 2021.

Despite this vintage feel, Spiral’s exploration of the “brotherhood” of law enforcement and how this can often lead to privileging loyalty to each other above morality or even justice seems a vital topic for today’s audience.

Overall, Spiral is a pretty good Saw movie. While I wouldn’t rate it the best Saw sequel, it certainly isn’t the worst. If you’re a fan of the franchise or of police procedurals, I think you’ll enjoy it. Additionally, because the gore is toned down compared to recent Saw installments, Spiral could serve as a good entry point for all of your non-gorehound friends.