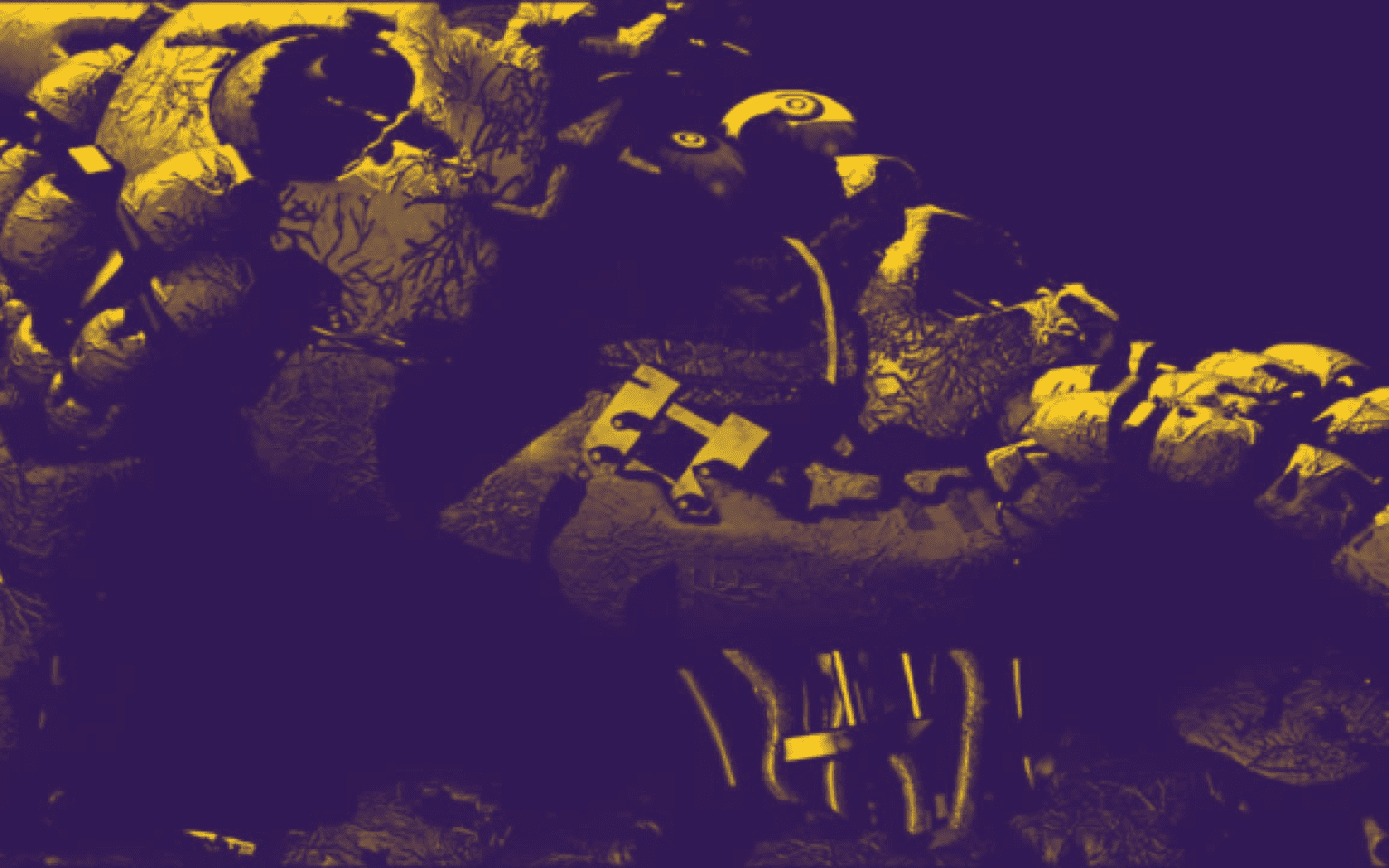 Springtrap is one of the many forms of Five Nights At Freddy’s villain William Afton. He is a worn-out golden bunny costume. Not only is this costume haunted by William Afton, but his corpse is also still inside the suit.

Today I want to discuss the lore of Springtrap from Five Nights At Freddy’s. As many fans know, the lore of Five Nights at Freddy’s is cryptic and intricate. If I missed anything or got anything wrong, let me know on social media!

RELATED: FuhNaff Tells The History Of Five Nights At Freddy’s

A Brief History Of William Afton

Before understanding Springtrap’s role in Five Nights At Freddy’s, you must understand a bit of Willam Afton’s backstory. William Afton, along with his partner Henry, created the Freddy Fazbear’s business.

It all started with a small restaurant called Fazbear’s Family Diner. At this location, there were two main animatronics: Freddy and Bonnie. What makes these animatronics unique is that they are ‘spring lock suits’. These suits can be worn by both humans and animatronics. This gives the restaurant an immersive experience. When an animatronic is done performing, an employee can enter the suit and interact with the customers.

However, these suits are dangerous. In order for a human to enter the suit, the animatronic parts must be pushed to the side. The locks that hold the parts in place are not perfect. If they were to fail, the human inside would be crushed.

Spring Bonnie’s suit is the one that William Afton uses to carry out his dark deeds. He uses the suit to lure children to their death.

RELATED: The Lore Of Gregory From Five Nights At Freddy’s

After a series of murders known as the ‘Missing Children Incident’, William Afton, known at this time as ‘Purple Guy’, realizes that his victims have begun haunting his animatronics. William goes to the restaurant to dismantle the animatronics.

After doing so, the souls of his victims confronted him in the secret back room of the restaurant. William attempts to get the upper hand by jumping into the Spring Bonnie suit. However, the restaurant is in disrepair and the ceiling is leaking. The water from the leak enters the suit and causes the spring locks to fail.

William is then crushed and killed inside of his Spring Bonnie suit. However, in true Five Nights At Freddy’s fashion, William’s soul haunts the Spring Bonnie costume. The creepy part about this is that William’s body is still inside. He is haunting a robot that is carrying his own corpse.

After all of these events, the secret rooms of the restaurants were sealed shut. Springtrap then spends many years trapped in this back room.

RELATED: The Lore Of Lefty From Five Nights At Freddy’s

Years later, a new attraction opens. Fazbear Frights is a horror-themed attraction attempting to capitalize on the murders and disappearances surrounding the Freddy Fazbear business. The owners of the company search far and wide for authentic Freddy’s materials to put in the attraction. This is the main plot of Five Nights At Freddy’s 3.

The owners of Fazbear Frights find a secret back room in one of the restaurants and get very excited that there is a full animatronic inside. What they don’t realize is that they are freeing William Afton from his prison.

We later learn that Springtrap survived the fire. He then roams the Earth while trying to rebuild his broken parts. This is where the Springtrap story ends as William Afton then transforms into his next iteration known as Scraptrap.

RELATED: The Lore Of The Daycare Attendant From Five Nights At Freddy’s

Are You A Fan Of Springtrap From Five Nights At Freddy’s?

We hope you enjoyed our lore breakdown of Springtrap from Five Nights At Freddy’s. Are you a fan of this character? Let us know on social media!