Characters are growing as individuals and there is still one major challenge to overcome before they can hang up the dragon mecha. 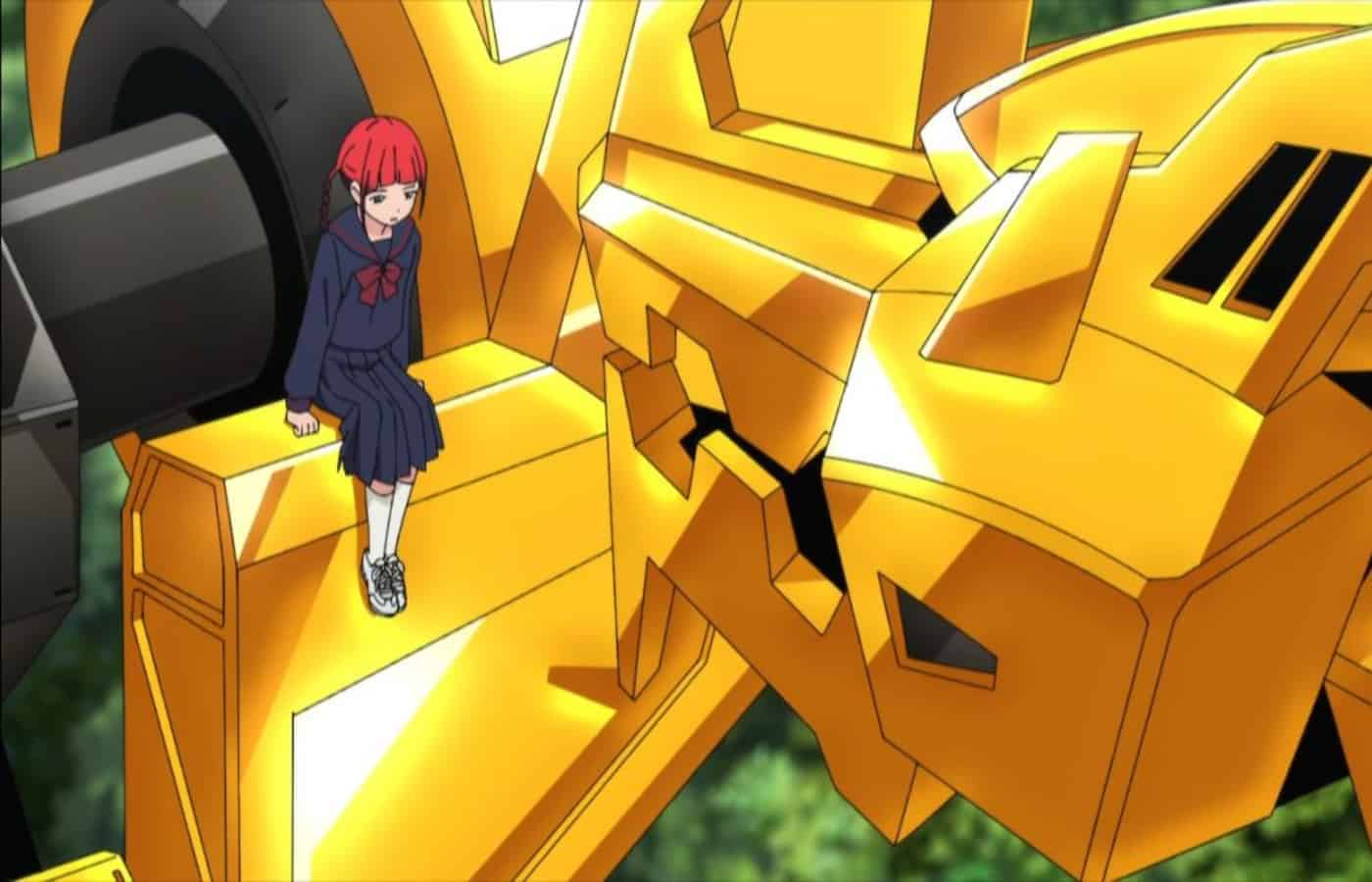 It all comes to ahead in SSSS.Dynazenon‘s penultimate episode!

SSSS.Dynazenon is coming to an end. There are only two more episodes after this one before the series comes to a close. The penultimate episode has been the one to really pay attention to in recent anime. With the penultimate episode, the characters engaged (or at least start to engage) in their final battle and the last episode wraps everything up. With two episodes left to go this one puts the pieces in place for the ending.

The episode opens with the Kaiju Eugenists musing how the kaiju seeds have wiped out and this means no giant monster will appear in the future. The bad guys have essentially lost and have no idea what to do next. This is made very clear by what happens afterward. Juuga approaches Gauma only to get his butt kicked and wander the streets aimlessly. Onija tries to get a cop’s gun and ends up in jail. Sizumu drops out of school, only to confront Minami and Yomogi later.

Mujina goes drinking before she confronts Koyomi, insisting she despises him for standing against him but in a very cordial manner. Without kaiju to control, the Kaiju Eugensists truly had no idea what they wanted out of life and are facing a level of disappointment usually reserved for protagonists of a series before they go into the final battle. It will be interesting to see if these characters are able to make any revelations after the next two episodes.

The Dynazenon team meanwhile seems to be growing as individuals and are working to better themselves. Yomogi is actually filling out a resume and trying to work on becoming more than a NEET (Not in Education, Employment, or Training). He even takes the time to get a photo to put with the resume. This is the most logical step for him as a character as he started the series being a NEET and finding a job is the most likely ending for him.

Chise tries to return to school but isn’t able to bring herself to go inside. As she sits outside the gates of her school, she is approached by Knight and The Second. They insist they are going to leave and Goldburn has to come as the world no longer features other kaiju. Chise does not take this well and runs away to hand out with Goldburn at the bridge the team used when they were training with their mecha. You can feel for her as seems to be trying to be stronger but just as she does she finds out her giant gold dragon buddy has to leave her.

Yomogi and Minami bond more by taking a trip to visit Kano’s grave.With the mystery of Kano’s death solved, the pair inch closer to being an official couple. There is a very interesting scene though showing what looks like live action from the Gridman The Hyper Action. This helps to confirm this series has been taking place in the real world as the original series.

This is an important distinction as SSSS.Gridman was eventually revealed to be taking place in a pocket dimension the entire time. It’s these little details here which help with the expanded world-building of the Gridman universe Tsuburaya has been trying to build.

The only member of the Dynazenon team who isn’t doing so hot is Gauma. He is upset over the idea he has yet to meet up with the princess who he loves. It is revealed only Kaiju Users are able to reincarnate so this means the princess didn’t. On top of not being able to see the woman of his dreams again, something seems to be happening with Gauma’s body.

The team will have to find a way to save him from some sort of decay with the last two episodes left. Maybe they will be able to find this missing princess as they look for a way to help their friend while they face one final kaiju who appears in a very surprising manner.

This seems like an ideal moment to reflect back on what happened around this time in the previous series. In episode 11 of SSSS.Gridman, Akane went on the offensive and ended up stabbing Yuta. While this episode doesn’t end with as many jaw-dropping moments, it still has the events stacked up in an engaging way. Characters are growing as individuals and there is still one major challenge to overcome before they can hang up the dragon mecha.

The series just has to bring everything to a close with the same energy it has been presenting with the previous 11 episodes. Also, hopefully, there will be confirmation Yomogi and Minami will officially become a couple because their journey together has been a joy to behold.

SSSS.Dynazenon Episode 11 is streaming on Funimation.