In an intense battle, the Dynazenon team faces the Kaiju Eugenesists as they fuse with the most destructive kaiju to appear. Who will survive? 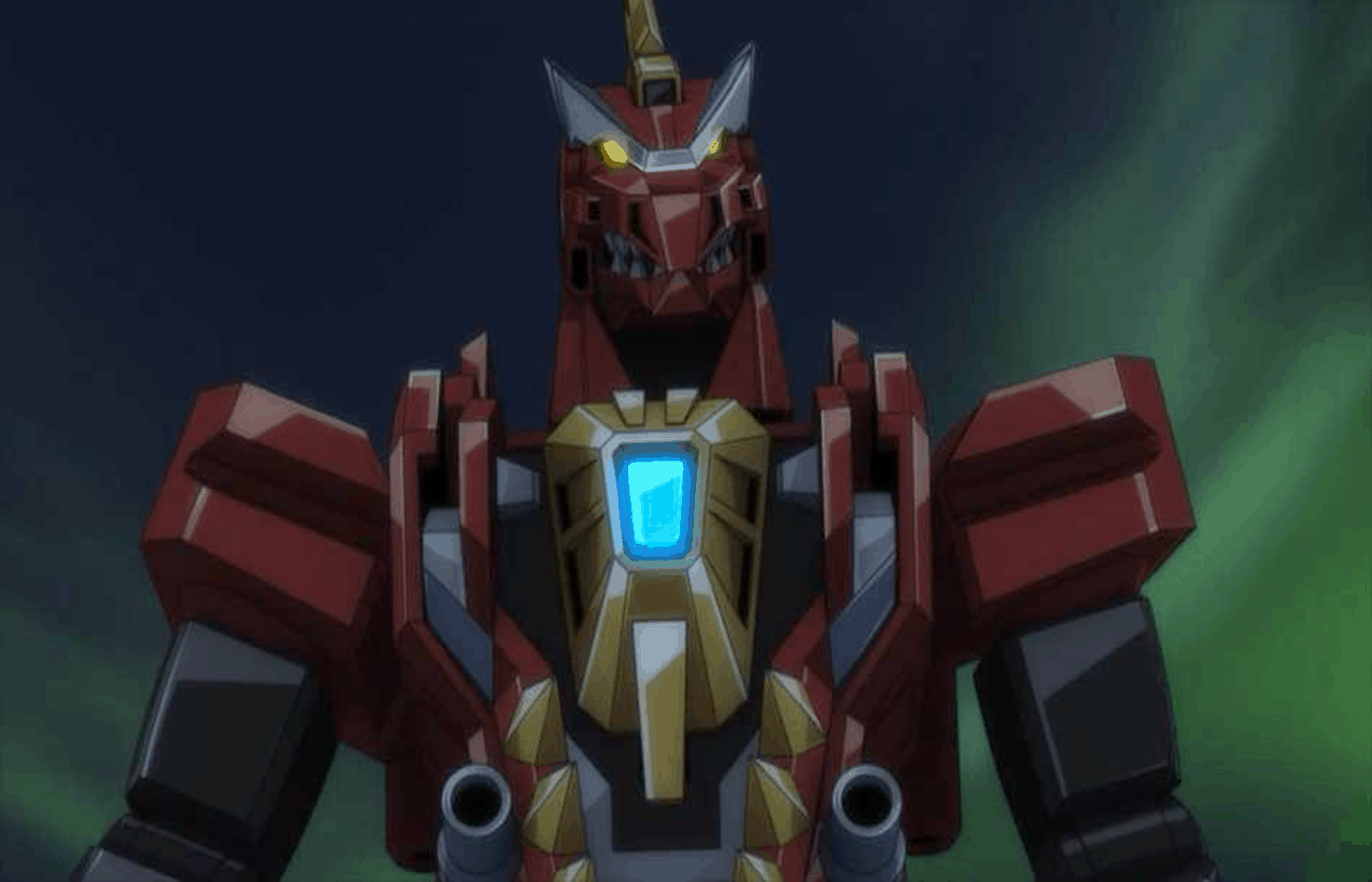 The final episode of SSSS.Dynazenon has finally arrived.

The main purpose of this review will not be to spoil the episode. The finale is exceptional and should be experienced without having it ruined for you. Still, without any spoilers, it has been announced another installment in the Gridman universe will be coming down the line and this series is far from a complete ending. Still, as more of a season finale, this show went out in a fantastic way.

The episode really was one of the best parts of the series. This comes from how the battle brings elements introduced in the series to the forefront and displays just how much the characters have grown. All of them realize they have to work together and take steps forward to be able to help others and themselves. This results in a high-stakes and emotional battle you have to watch to truly appreciate.

As this will be a spoiler-free review, it feels more appropriate to look at all the elements introduced to the franchise. Especially with another series coming in the future. The introduction of Kaiju Users and establishes the idea kaiju came before the internet. This is of great significance considering in the live-action series (Gridman: The Hyper Agent) the creatures and Gridman himself were associated with the electronic world and appeared because of some connection to it.

This was reinforced through SSSS.Gridman as both Gridman and the villain Alexis Kerib both hung out in computers when not physically in the world. The introduction of kaiju coming before computers were ever introduced adds a new layer to the overarching lore of the franchise.

An element not answered in SSSS.Dynazeznon was the identity of Gauma’s Princess. The series did manage to establish a lot of details around her and what she brings to the franchise just through her mention and one flashback where her face is not clearly seen. The Princess was a ruling individual of some type of dynasty who used Kaiju Users as their army. As Gauma and the Kaiju Eugenicists are known to be reincarnated individuals from 5000 years (the time of the Princess’s Dynasty) it adds to evidence of Kaiju existing before computers.

Other elements introduced in SSSS.Dynazenon is the overarching concept of kaiju and what they are able to do. kaiju are shown to be able to give people the illusion of being able to travel in time to meet with people they love, stop time itself, and manipulate space. The Kaiju Eugenistits were hoping to usher in a new age brought upon by more kaiju existing in the world.

One where the world was changed for with the powers these kaiju bring into the world. Unfortunately, they seemed more reactionary than proactive as they waited around for kaiju to appear.

A world filled with kaiju may have been what the Kaiju Eugenicists were working towards but at the same time, they often seemed inept and ill-prepared on many things. In episode 8 without a monster to control the Kaiju Eugeists were shown to have no direction and end up spending their day at an indoor entertainment center. Their actions showcased they were chasing a grand dream but one where they didn’t have the day-to-day aspects mapped out.

With another series coming one has to ask what will happen in the future when an antagonist is introduced who has things planned out properly. What will a villain be able to accomplish if they know how to properly utilize kaiju to their most destructive potential? One shutter to think what will happen if such an adversary were to appear.

SSSS.Dynazenon managed to become more than just a sequel. By the time the series reached a point where a solid connection was made to SSSS.Gridman it had already won people over. With the appearance of Gridknight, the audience was already connecting and cheering on the characters. Though it was billed as a sequel it didn’t need to be. Instead, the aspect of being a sequel was the cherry on top of a sundae.

SSSS.Dynazenon established itself as a show where it was possible to enjoy the show without the requirement of having to watch SSSS.Gridman or Gridman: The Hyper Agent. If you did watch the other shows you were treated to Easter eggs and elements helping to build towards this new universe Tsubaraya has been trying to create. Not many sequel series are able to obtain this and our instead bogged down by the baggage they bring in from the previous show.

Did You Watch SSSS.Dynazenon Episode 12?

We hope you enjoyed our SSSS.Dynazenon episode 12 review! What did you think of the episode? Let us know on social media!