With the second episode of SSSS.Dynazenon, we are introduced to the opening theme of the series. The song gives off a sense of rising up and coming together as one to stop a bigger problem. 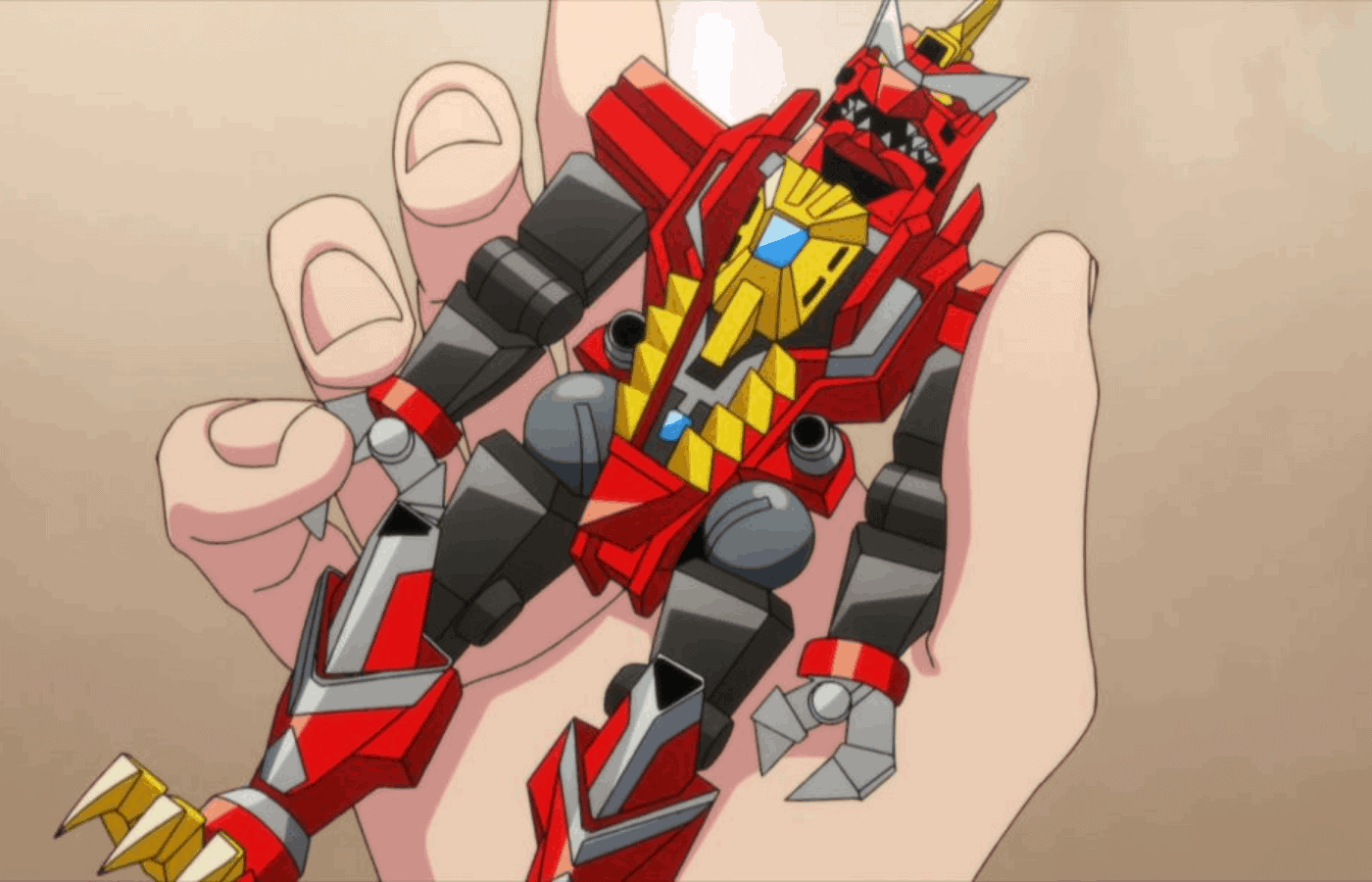 With the second episode of SSSS.Dynazenon, we are introduced to the opening theme of the series. The song gives off a sense of rising up and coming together as one to stop a bigger problem.

With the second episode of SSSS.Dynazenon, we are introduced to the opening theme of the series. The song, “Imperfect” by Masayoshi Oishi has a similar feel to “Union” by OxT the opening of SSSS.Gridman. The perfect kind of song for a series about a group joining their efforts to pilot a combining robot.

Following the events of the previous episode, introductions are made and a loose sense of comradery is formed. Also, the antagonists are mentioned, The Kaiju Eugenicists, who are Kaiju Users like Gauma (more on them later). The fact Gauma used to be a part of them is glossed over, probably going to be a big issue or addressed in the next episode considering where this one ends.

One of the biggest changes in this series compared to SSSS.Gridman is the world itself. In SSSS.Gridman a magical force reset the world every night after an attack so people were unaware of the destruction and kaiju attacks taking place. Here in SSSS.Dynazenon the city and the people in it are well aware of what is happening around them.

Videos of the battle are being shown on social media and Minami and Yomogi even take the time to inspect the damage. This aspect of having consequences to the kaiju attacks will no doubt play an important part in this new series.

The series also took the time to change expectations on where the plot was going to go. The main plot of the episode, “What’s your reason for fighting?” showcases the TV Trope “Reluctant Warrior” where one of the cast is unsure if they want to fight the good fight.  Given what was introduced in the first episode, it seemed more likely Minami would be the one who would be reluctant to join the crew.

She was shown to make dates with guys and not show up for them. Building off this reluctance to commit it would make sense for her to be reluctant to join a team piloting mecha to fight kaiju.

Instead, it’s Yomogi who is unsure of taking the responsibilities of being a part of the team seriously. He just wants to do his after-school job and not commit to anything else. This need to get money to be independent really shows a need to not want to rely on others. There is a good chance Yomogi watched his mother rely on others for money through his childhood and adopted a mindset of needing to be fiercely independent.

While Yomogi insists on going to his day job, the rest of the group (Gauma, Minami, Koyomi, and Chise) take the time to train with their mecha vehicles (obviously making the right choice between these two decisions). When the next battle occurs, the team is shown to be proficient with their vehicles (except for Yomogi who of course was at work).

This is a nice touch, as being instantly able to know how to perfectly pilot a giant robot is an outdated concept. Showing the time and effort necessary to effectively pilot your kaiju fighting vehicle makes for a more compelling story.

The antagonists, The Kaiju Eugencists make an appearance (they the four individuals in white seen in the opening credits and trailers for the series) but only one of them is named (Juuga) and not much is known about their true intentions. Given how this series is trying to go for more substance and use of trying to explore deeper character meaning, there is a good chance they simply won’t be evil for evil’s sake. Instead, they will no doubt be shown to have a motivation for why they are controlling kaiju and having them rampage through the city.

The episode even managed to fit in a few bits of light moments here and there. Minami is shown to be able to laugh and have fun with one of her friends. Given how she was introduced in their first episode, there was a chance her only characteristic was she was a moody person who never showed any other type of emotion.

Also, Gauma drops by Yomogi’s place, and thanks to a naive parental figure he ends up taking a bath, having dinner, and crashing on Yomogi’s floor. Gotta love oblivious anime parents letting random and odd strangers in without any type of a follow-up question.

The series still has yet to showcase the connection to SSSS.Gridman (again other than both series has kaiju) but there is no rush to play its hand so soon. Instead, it is working on building to this reveal. For now the SSSS.Dynazenon is proving to be entertaining which is more than enough of a reason to keep going.