With the fourth episode of SSSS.Dynazenon, we have few major reveals and instead have little hints at the bigger story. 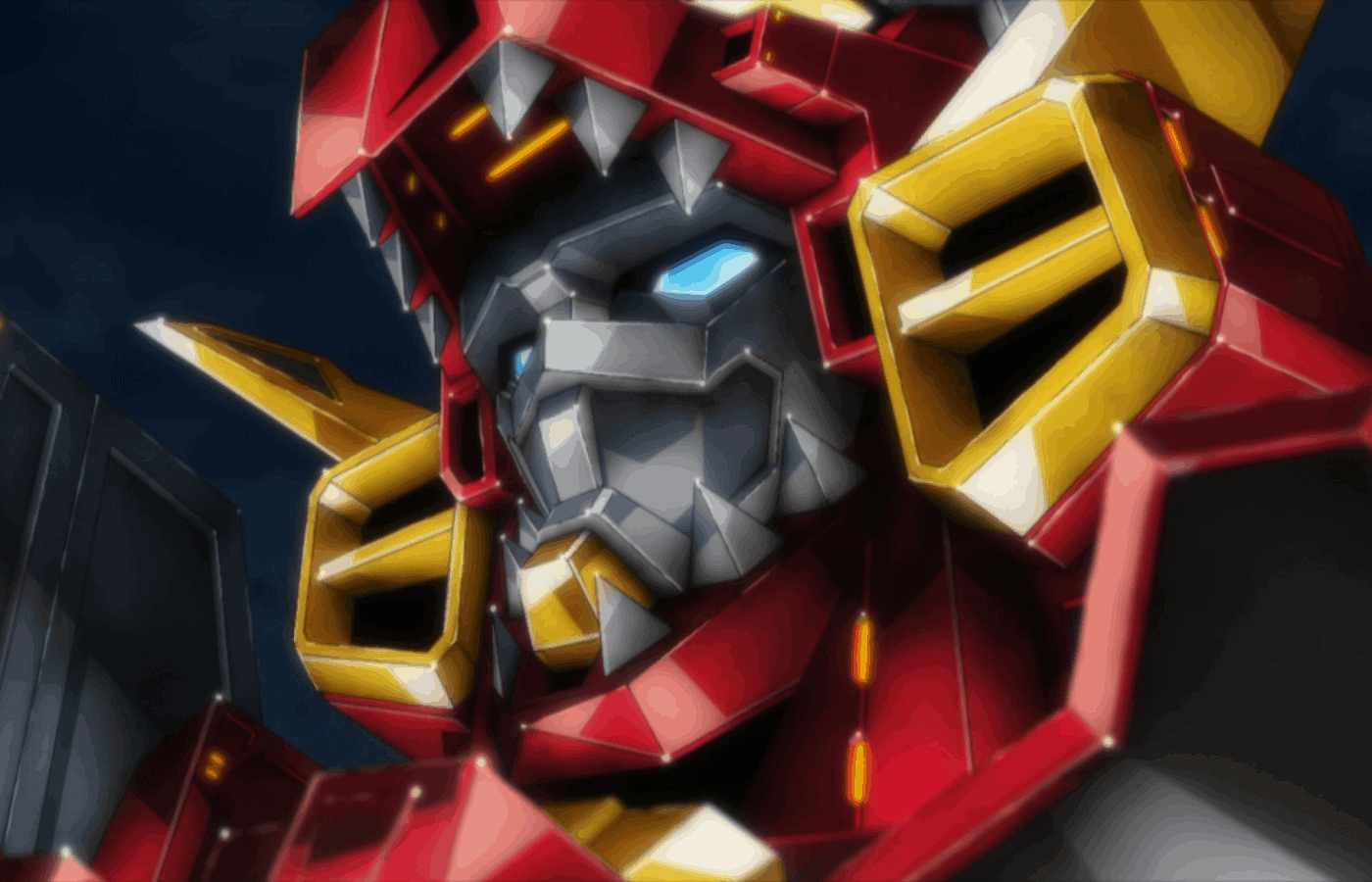 This episode of SSSS.Dynazenon doesn’t have a major revelation to it but instead works to set up bread crumbs to be addressed later in the series.

With the fourth episode of SSSS.Dynazenon, we have few major reveals and instead have little hints at the bigger story. One of the main ideas is we have a ship developing between two characters. As if the internet wasn’t already started shipping characters once they saw production drawings for the series.

As Yomogi trains with Dyna Soldier (need to give the guy credit he is starting to take this “fighting kaiju thing” seriously) he notices Minami is gone. Yomogi is worried she’s out with a guy which hints at the idea he has a crush on her. This idea is pushed forward as his coworker Inamoto suggests he is falling in love and should ask her on a date. This and other moments of Yomogi wondering how he feels shows he is developing feelings for Minami. Personally, they seem like two individuals who could really benefit from having someone care about them in their lives. Just have to wait to see how this plays out as the series progresses.

Speaking of Inamoto, she suggests dinner with Koyomi, who briefly wonders if it’s a date. The more likely there is a pretty good chance if they did get together her husband would come as well. If it did happen it would (more than likely) result in a massively awkward moment as Koyomi will find himself admitting he is a NEET (Not in Education, Employment, or Training).

Considering Inamoto is connected with two of the members of the Dynazenon team (not to mention she has also been featured in every episode so far) there is a good chance her involvement will affect events moving forward. A harder possibility that would really increase the drama would be if when Koyomi does meet the husband he turns out to be a great person and one Koyomi wants to emulate. Hating someone is easy, wanting their approval is the real challenge.

Turns out Yomogi has nothing to worry about Minami finding a romantic rival for him (at least not yet, it’s still early in the series) and instead she is meeting the person who knew her sister from the chorus club. Minami is surprised when she finds out her sister was a cheerful individual. Though Minami doesn’t find out much else, she gets another lead of someone else who knows her sister and may even have an old video of her.

It’s becoming hard to tell what Minami will find out when her search is over. Unless of course, the videotape leads is a clue to her sister’s killer then it would be a massive discovery. Yet, once you introduce murder the story becomes nearly entirely centered around the idea of a character avenging the character who died. It’s hard to tell if this would be too dark of a path for the plot to go down. Better put a pin in this speculation and move on.

Another big development in this episode is one of the Kaiju Eugenicists transferring to Yomogi and Minami’s class. The new transfer student Sizumu says he is there because he is curious about the pair of them. He insists the Kaiju Eugenists can’t create kaiju, only control them. He also claims the main goal of the group is to make a world where kaiju are needed. Sizumu also mentions kaiju are born from the things holding people back from achieving their potential.

This seems counterintuitive. Shouldn’t the intention be to create a world where kaiju aren’t needed? A world where people aren’t being held back, bound, and constrained. Seems like this plot point needs to be flushed out more to see who really is morally right. Most of the time you are supposed to side with the group using a monster or robot to stop another giant being from destroying a city.

The Kakiju of the episode finally shows up just as Yomogi’s cold gets the better of him. What does the team do in the hour of need? They allow Chise to stop up and fill in (Who didn’t see this coming?). Unfortunately, despite her avid video game training, she quickly discovers piloting the Dyna Soldier is not as easy as a game. When Koyomi has to step in to save his cousin he mentions “Don’t make me go to another memorial.”

Is this the secret behind Chise and Koyomi’s anti-social behavior? Did they lose someone close to them causing them not to want to engage in society? Chise’s time in Dyna Soldier does leave Gauma asking if anyone can pilot the vehicles. This is another plot point we’ll have to put a pin in and return to later.

This episode feels more of a switch to seeding plot points to be addressed later in the series.  isn’t a major reveal here. It’s a much slower burn of an episode but it’s not terrible. Yomogi is falling in love with Minami. Koyomi’s connection to his old classmate may help unearth past trauma (which may or may not be centered around a death). Gauma is wondering if anyone can pilot Dynazenon, making the “destiny” aspect of it, not a factor. Also, the show seems to be firm with introducing a running gag of Onija almost dying after every battle. It’s amusing to see, just like the other components of the episode.

Did You Watch Dynazenon Episode 4?

We hope you enjoyed our Dynazenon Episode 4 review! SSSS.Dynazenon is streaming on Funimation.