In episode five of SSSS.Dynazenon, the show embarks into a long anime tradition: a beach/pool episode. 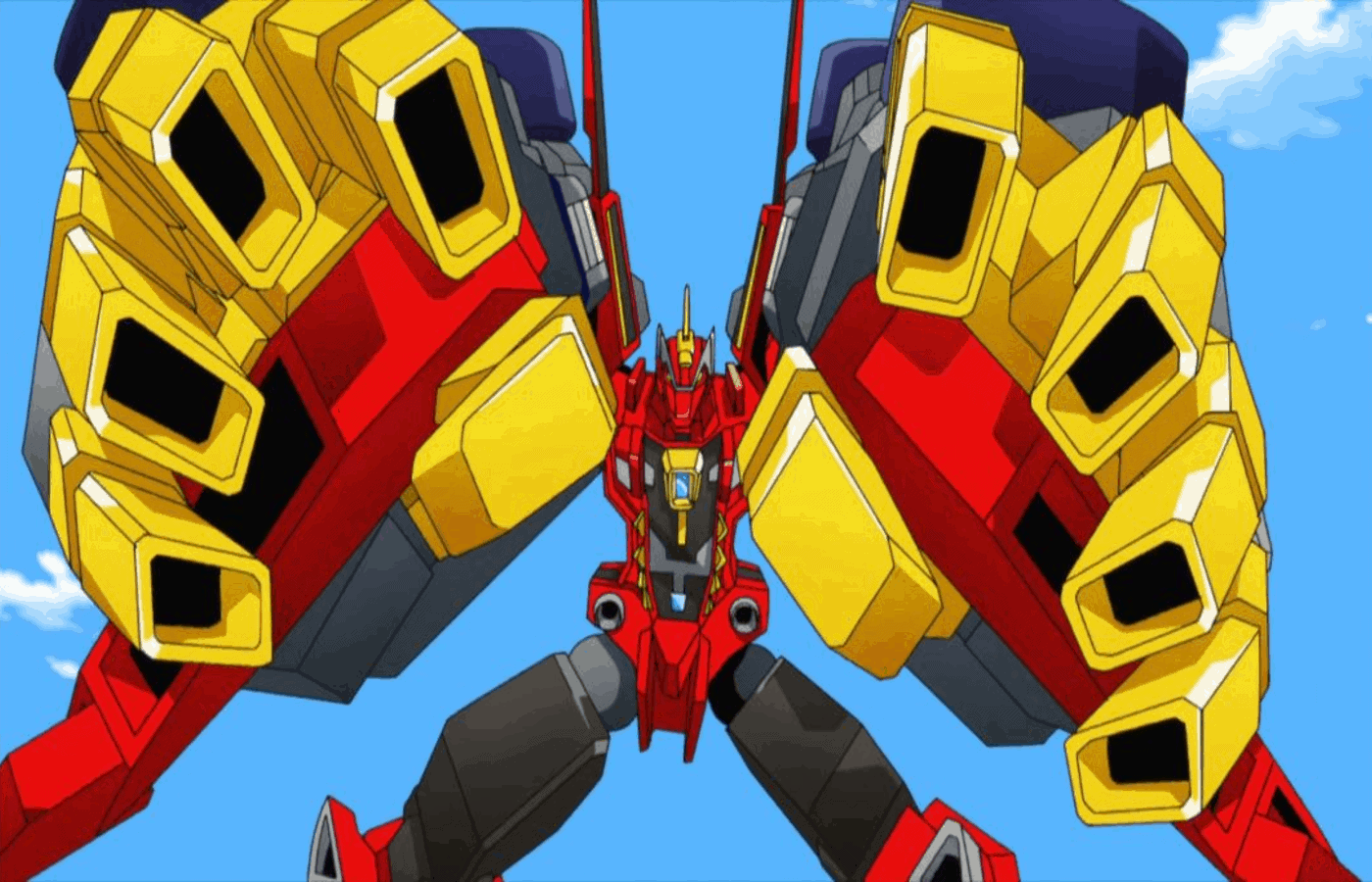 SSSS.Dynazenon embarks into a long anime tradition: a beach/pool episode.

Welcome to one and all to the fifth episode of SSSS.Dynazenon, the beach episode. Get ready for product placement as figures of the female characters will be available for years to come from this very episode. Start saving your money now.

The “beach” (or in this case waterpark) episode happens because Chise wins tickets. The team uses this opportunity of heading to the waterpark to invite Sizumu along. Though Gauma has every intent to try and capture Sizumu (though he has no full plan of what he’s going to do and keeps bumbling miserable in the process).

Yume and Komogi work on trying to act like they have been dating to throw off Sizumu to Gauma’s plan. This results in a very awkward scene where Komogi is eating a churro. It goes on for 30 seconds but you can actually feel the socially awkward moments as if more is supposed to be happening in the scene. It’s hilarious as the scene just goes on for a long “why isn’t this ending” amount of time.

The real development comes as the fake dating plan results in Yomogi and Minami starting to be drawn together. While playing the water the audience is treated to Minami looking at Yomogi lovingly helping to hint at the idea she has some interest in him as well. It’s so blatant even Chise and Koyomi take notice of it.

You’re probably asking what’s the real purpose of this “fake dating” scheme? Simple, it allows Sizumu to suck the fun out of the situation. Sizumu, doing the whole “how the emotions of people help to spawn and feed the Kaiju” cynicism makes an abstract observation about dating. Sizumu describes the social construct of dating to the idea of building a prison. How though people crave freedom they will build themselves into this captivity willingly. Man, Sizumu put down the philosophy 101 books and the “Sad Breakup Songs That Make You Cry” playlist from YouTube.

Speaking of making moments to make us cry, Minami hears a playful scream of a woman in the waterpark and it triggers a memory. One where you have to take the time to pause the episode as it happens so fast, Minami has a flashback to seeing her sister dead facedown in the water.

So the answer of how Minami’s sister Kano died is finally revealed and it wasn’t an auto accident. This adds more evidence to the theory Kano’s death was no accident. If it had been an accident, they would have just made it an auto accident. Think about it for a second. How many times in anime has the simplest form of killing a character been a traffic collision?

Titles like Fruits Basket, Yu Yu Hakusho, and Zombie Land Saga used this trope when they just wanted to off a character and make it seem like a daily occurrence. The mystery of Kano’s death becomes the cliffhanger for the episode and will definitely be the main topic of conversation in the next episode if not the whole focus.

There are a few other moments in the episode to address. Yume pays close attention to the sleeve on Chise’s arm. She wears a similar covering when in the pool. Putting money there is a good chance her arm is heavily scarred, either by herself or by classmates who bullied her. Either way, it adds to her backstory of why she doesn’t like to go to school.

Koyomi meets with Inamoto (who mentions this isn’t even her name anymore as she’s married) for dinner. Koyomi himself asks if it’s okay for the two of them to meet as she is a married woman but Inamoto dismisses this idea. To Inamoto they are just old friends meeting for dinner. This means she doesn’t look at Koyomi in a romantic way at all. At least not for now. It is revealed Inamoto broke school property when they were back in school together and Koyomi promised never to tell anyone.

The soundtrack really kicks it up a notch this episode. Especially with the combination scene and as Minagia and Komogi play in the park together. The entire series is becoming an essential soundtrack to add to everyone’s music library. Usually, it’s just the opening and/or the closing.

This was a fantastic episode featuring a perfect mix of drama and giant robots fighting Kaiju action. It also makes sure to keep the tone light at times. Sizumu breaking the “letting the heroes have enough time to combine” trope was particularly amusing in this episode. Also, the Dyna Soldier Striker combination was an impressive form to debut. The larger arms give the combination a look similar to the Heracles Combine Max Gridman form from SSSS.Gridman. Now if we can just establish some connection back to the Gridman mythology.

Did You Watch SSSS.Dynazenon Episode 5?