The newest episode o SSSS.Dynazenon gets intense with the return of some familiar faces! 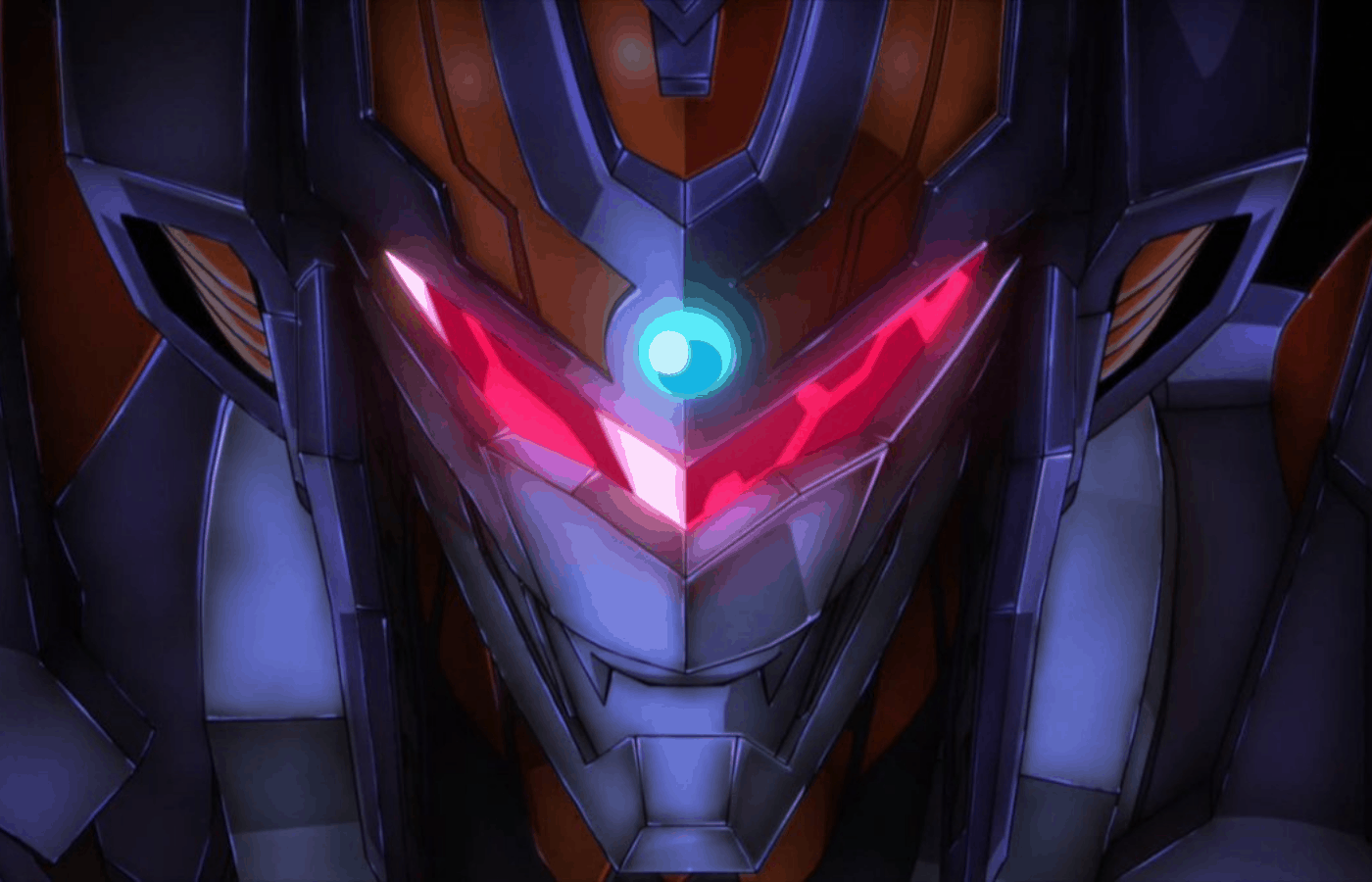 The newest episode of SSSS.Dynazenon gets intense with the return of some familiar faces!

With each of these reviews of SSSS.Dynazenon the intent is to address the main issues without giving away any major spoilers. The previous episode ended on such a cliffhanger and it was best not to make mention of what had happened. To do so would risk spoiling the episode for everyone who hadn’t seen it yet. Since this is the next episode review, there is no way to not talk about the big spoiler and what has happened. In the last minute of episode 6, Gridknight appeared out of nowhere directly between the kaiju and Dynazenon.

The appearance of Gridknight helps to spell out the connection between this series and the previous one SSSS.Gridman. With Gridknight’s introduction, it would help to go back and talk about who this mysterious purple character is and how far they have come. For those who didn’t watch SSSS.Gridman (which if you haven’t asked yourself: Why not?),

Gridknight started out as a character known as Anti. This character had a single mission: to defeat Gridman. Despite constant efforts, Anti couldn’t keep Gridman from coming back. In the course of his battles with him and meeting his allies, Anti developed a respect for Gridman to the point he eventually copied his abilities and became Gridknight.

At the end of the previous series, Anti mortally wounded but was nursed back to health by Anosillus the 2nd, a small girl who was able to turn into a kaiju as well. Anosillus (now calling herself The Second) and Anti (now just calling himself Gridknight even when he’s in human form) have formed a team known as the Gridknight Alliance and are working to take down kaiju as well.

The Second makes a distinct reference back to the original live-action series, Gridman The Hyper Agent, and pays homage to the character’s roots. The first Anosillus was a creature who worked as a guardian against viruses in the digital realm. The kaiju was aided by a Compoid, a being who lived in the digital world.

This Compoid was shown to have a baton weapon they used to heal and reprogram parts of the digital world. In this episode, the second uses her own baton weapon as a way to heal Dynazenon’s damaged leg and fight to its full power. It’s a small moment but it showcases how the series is trying to maintain some level of in-universe consistency.

Each of the members of the Dynzazenon crew finds a way to deal with the pain plaguing them in the previous episode. Minami and Yomogi talk and despite talking about her sister and who she was before she died, it’s Yomogi who ends up crying. He feels bad for her and is relieved Minami is finally being open with him about how she is feeling. It’s an adorable little scene and you can truly feel these two growing closer as it plays out.

Koyomi ends up leaving the battle to save the husband of her former classmate. There is a second of hesitation where he wonders if he could just walk away and let Inamoto’s husband die but his conscience gets the better of him. Even though he doesn’t like the guy he still knew it was the right decision at the moment. Gauma compliments him later for his decision. When Inamoto calls to thank him, Koyomo ends the call early. Does this mean he will finally be able to let her go? Hopefully, as it will show he has been able to establish a level of growth.

There are a few other details in this episode needing to be addressed. The first is how major damage to the Dynazenon doesn’t get fixed or regenerated. This means the team needs to fight smarter in the future if they have any hopes of not losing the dragon robot in the future. Also, Chiase is shown to still be holding onto a kaiju seed and seems to be growing.

Overall this is another fantastic episode of this series. The characters have great development, there is a great amount of action, and the explained connection to the Gridman universe is the cherry on top of the cake. Moving forward, hopefully, Gridknight and The Second will make sure to make more appearances. Seeing how much Anti has grown into a hero in his own right makes watching the previous series and this sequel series so very meaningful.

Did you watch SSSS.Dynazenon Episode 7?