The 9th and 10th episodes of SSSS.Dynazenon brings together all the elements this series has become known for. 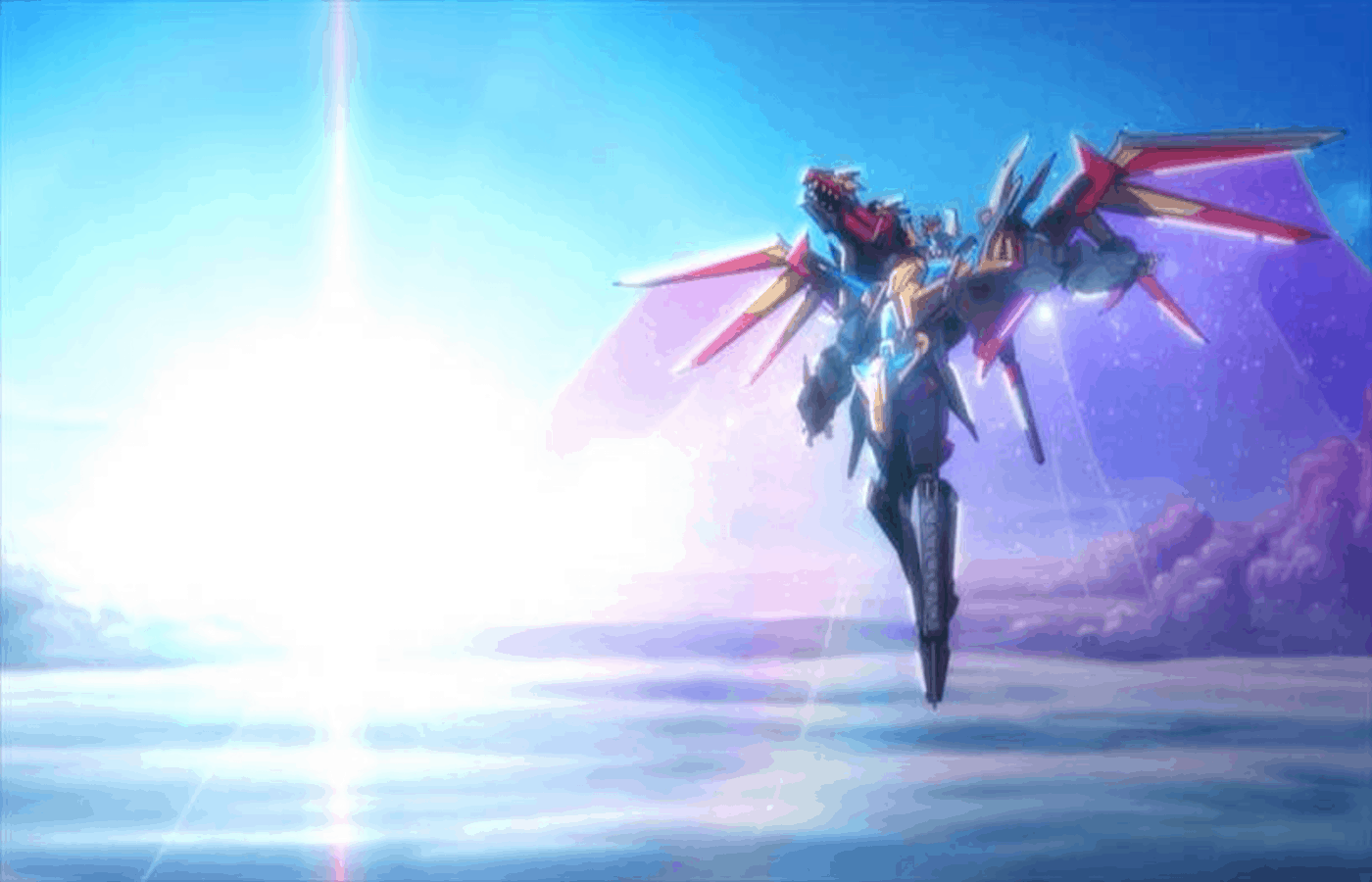 The 9th and 10th episodes of SSSS.Dynazenon brings together all the elements this series has become known for.

Action, drama, and comedy all play a part in these episodes and it is a joy to behold. These episodes also showcase a lot of character growth for the cast.

The first character who shown to grow is Chise. Episode 9 starts by revealing the mystery behind Chise’s arm. Since being pointed out in the water park episode, Chise continues to wear her sleeve even when swimming, leaving many to speculate she is hiding something under it. In a dream sequence, it is shown she was a very creative person in school to the point she doodled on herself and created a butterfly. Though we don’t know if it’s still there or not because it’s not revealed except in a flashback the pieces are becoming more apparent.

Chise’s motivation, her past, and why she no longer wants to go to school are revealed in these scenes. She was trying to be artistic some people saw and decided to bully her for it. The real question is if the bullying went so far the tattoo of a butterfly on her arm was disfigured by the bullying. At the same time though something indicates it wasn’t. She was bullied for her art but she didn’t scar her over it because if the series had gone in this route it would go in a totally different direction entirely.

The Kaiju seed Chise has been holding the entire time takes form and becomes a gold dragon named Goldburn. The gold dragon seems to resonate with her heart and is able to understand commands like a newborn puppy. Goldberg goes flying with her and she’s sake even carries it around in a suitcase hoping to convince the others he will not be a danger. It is a joy to watch Chise take center stage and watching her bond with Goldburn is touching.

The journey of Minami with trying to find the truth behind her sister’s death seems to come to a head. In episode 9 the upperclassmen who dated her sister Kano is introduced. Their meeting feels almost like a setup for a crime drama. One where the killer insists there was no reason to investigate because the police had said it was suicide and wanting the conversation to end quickly. The upperclassman also is shown to have a wedding ring indicating that there is something new in his life that he doesn’t want the past drug up.

For better or for worst the 10th episode actually takes this idea in a new direction. Thanks to the power of the Kaiju of the week, the cast finds themselves getting lost in past memories. Minami finds a way to meet up with her sister and talk with her about her life. The exchange seems to indicate Kano was not depressed and her death was not suicide. This helps Minami to get the closure she needs to be able to move forward. Thought as there are still a few episodes left in the series there is a chance the upperclassman could be revealed to have something to do with Kano’s death to add to the drama of the moment.

As characters get lost in their memories of the past Yomogi is able to break free because it seems he has actually been able to move on from his pain. He hated how his mom is dating somebody else but he hasn’t let it truly get the better of him. Instead, he realizes he has to help others especially his Minami because he doesn’t want her to cry. This is one of those episodes where you really feel how much a character cares for another.

Yomogi continuously is willing to experience physical pain if it means Minami won’t cry even for a second. It’s beautiful to see and considering how these two have been in acting like total awkward teenagers (which they are but still you want them to move forward) it’s very heartwarming to watch them grow closer.

Both episodes end on a note of extreme action as Dynazenon, Gridknight, and Goldburn come together to form a new warrior. They become Super Dragon King Kaiser Gridknight! It’s one of those moments where a final form is revealed and the ensuing action is something to truly behold. The fights serve as a nice cherry on top of heartfelt and dramatic episodes and both continued to show what makes this series so incredible to witness.

From here on out the real challenge for this series will be wrapping everything up and making sure the ending is something fans will appreciate. Given how entertaining this series has been so far there is a good chance this series will go down as one of the greats.