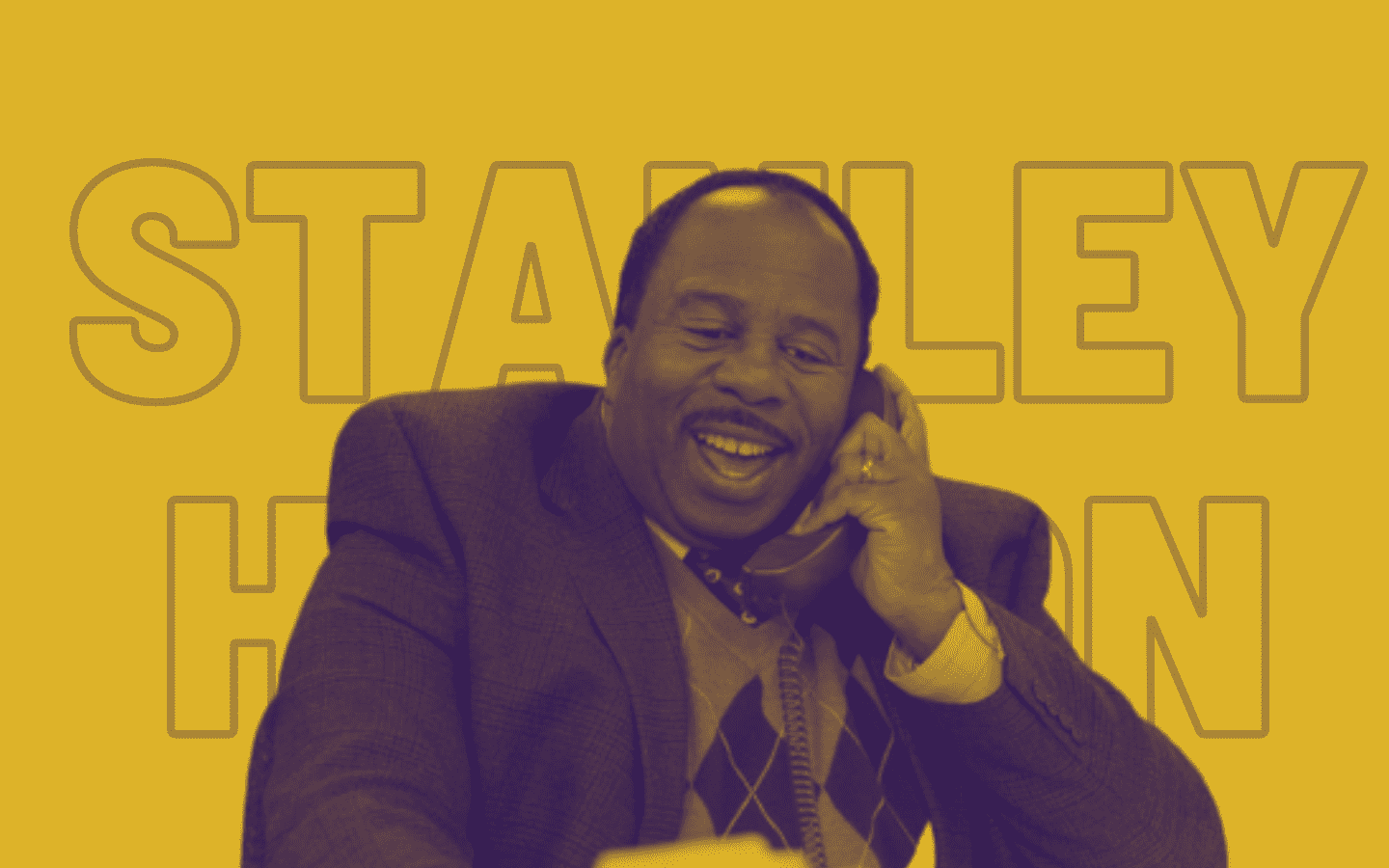 Stanley Hudson (Leslie David Baker) is The Office’s cantankerous old man. Every office has one. He just wants to do his job and go home. If the workplace is giving out free soft pretzels, he is there.

What makes Stanley so great is his dry sense of humor. He doesn’t take crap from anyone and will deliver deadpan sarcasm to anyone in his way. That said, he sometimes loses his cool, leading to hilarious freakouts.

Today, we want to go over our favorite Stanley Hudson quotes from The Office. If we missed any of your favorites, let us know on social media. Enjoy!

Stanley Quotes From The Office

“How many freaking vampires am I supposed to care about these days?” – Stanley Hudson

“I came up with a new thing this summer. I act like I’m telling someone how to do something. I go on with a long description and then I say, ‘and shove it up your butt.’ It’s stupid, but it’s my thing now.” – Stanley Hudson

“I do not like pregnant women in my workspace. They’re always complaining. I have varicose veins, too. I have swollen ankles, I’m constantly hungry. You think my nipples don’t get sore too? Do you think I don’t need to know the fastest way to the hospital?” – Stanley Hudson

“I don’t know who these new people think they are. I’ve sat downwind of Phyllis’ stinky perfumes for years, never said a word.” – Stanley Hudson

“I got them a toaster. They called off the wedding and gave the toaster back to me. I tried to return the toaster to the store and they said they no longer sold that kind of toaster. So now my house has got two toasters.” – Stanley, The Office

“I had a heart attack. I would quit, but I’m too old to find another job and I don’t have enough saved to retire. I feel like I’m working in my own casket.” – Stanley Hudson

“I had to stay until six twice to cover for you. My wife got to the TV first, had to sit through damn Rizzoli and damn Isles.” – Stanley Hudson

“I happen to be losing weight on my own for my own reasons. The truth is I have lost a little of my speed. A little of my fire. Here’s what I used to look like. Look at those biceps. We were fighting the power and eating whatever we wanted.” – Stanley Hudson

“I have been trying to get on jury duty every single year since I was 18 years old. To get to go sit in an air conditioned room downtown, judging people while my lunch is paid for. That is the life.” – Stanley Hudson

“I wake up every morning in a bed that’s too small, drive my daughter to a school that’s too expensive, and then I go to work to a job for which I get paid too little, but, on pretzel day, well, I like pretzel day.” – Stanley Hudson

“I wasn’t really planning on leaving, all I wanted was a raise. How on Earth did Michael call my bluff? Is he some sort of secret genius? Sometimes I say crazy things.” – Stanley Hudson

“It’s like I used to tell my wife. ‘I do not apologize unless I think I’m wrong and if you don’t like it, you can leave,’ and I say the same thing to my current wife, and I’ll say it to my next one too.” – Stanley Hudson

“My doctor told me to cut out hot dogs. We all got problems.” – Stanley Hudson

“Over the course of this documentary, I’ve had three affairs. If you find my body in a ditch, let me save the police some trouble…my wife did it.” – Stanley Hudson

“Three hundred sixty-four days till the next pretzel day.” – Stanley, The Office

“When I’m at home at night in my own house in my sweats, drinking some red wine, watching my mystery stories, the last thing in the whole godforsaken world I want to hear is the voice of Michael Scott.” – Stanley Hudson

“Yes, I have a dream. And it’s not some MLK dream for equality. I want to own a decommissioned lighthouse.” – Stanley Hudson

“You are out of your damn little pea-sized mind. What is wrong with you? Do you have any sense at all? Do you have any idea how to run an office? Every day you do something stupider than you did the day before. And I think, ‘There’s no possible way he can top that,’ but what you do you do? You find a way, damn it, to top it. You are a professional idiot.” – Stanley Hudson

“You’re firing me over three words? Have you lost your mind? Do you think I’m gonna let you do this to me? I’ve watched you screw up this office for ten years, and I’m filing a lawsuit, and I’m gonna tell them about every stupid thing you’ve ever done up in this office.” – Stanley Hudson

What Are Your Favorite Stanley Quotes From The Office?

We hope you enjoyed our list of comical Stanley quotes from The Office. Did we miss any of your favorites? Let us know on social media!