Star Wars: The Story of How Too Much of a Good Thing Turned Out Bad

A civil examination of the new Star Wars trilogy and what went wrong. 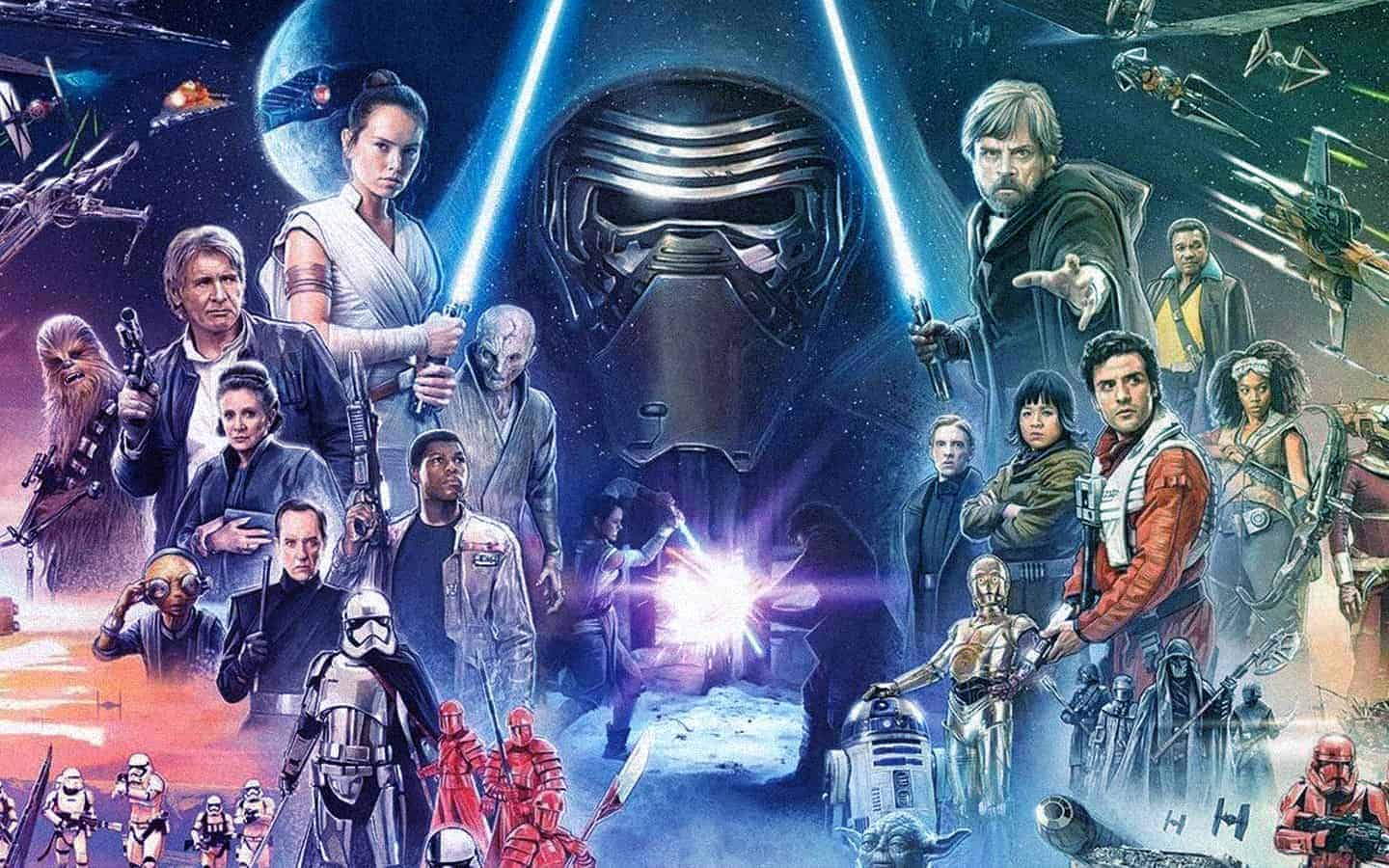 A civil examination of the new Star Wars trilogy and what went wrong.

I have talked at length with friends and co-workers about Star Wars. I’ve loved the franchise for almost as long as I can remember, even longer than I’ve loved Batman (which is an extremely long time). While I’m sure people are tired of Star Wars fans whining about the new trilogy, as I am, I’d like to explore what went wrong, and what exactly can be done to fix it.

I am of the opinion that the newest trilogy of Star Wars movies aren’t bad on their own. As separate movies, they are serviceable at worst and extremely enjoyable at best. As a trilogy, however, they do not gel at all. Perhaps this is because of the change of directors one movie in, and then back to the original director for the finale. Honestly, we as fans may never know. Heck, even if we do know, some of us probably won’t agree anyway. Such is the fandom.

Anyway, I’ve gotten off track. As I said, the newest trilogy doesn’t work as a trilogy for me. The first movie, The Force Awakens, does a decent job of introducing us to this world after the Rebels defeated the Empire. It introduces us to the new characters well, and the new characters we do have I find very likable. I especially enjoy the bromance between Poe and Finn that (thankfully) continues throughout the trilogy. The one thing that I don’t like, and I’m sure most fans agree with me on, is that Rey grasps the Force too easily. Sure, she’s meant to be the main protagonist for the trilogy, but, unlike Anakin or Luke, she never really had to have any training to use the abilities she had. Certainly Anakin and Luke were powerful to begin with, but neither of them could competently fight with a lightsaber against a highly trained Sith Lord with no training whatsoever.

That flaw aside, The Force Awakens is a half decent film. I especially enjoyed the modern take of a Star Wars movie, with beautiful special effects, well- choreographed fights and interesting character relationships. The scene that sticks out to me the most is actually at the beginning of the film, when we first meet Poe, Finn and Kylo Ren. Ren is questioning the old man in the village that Poe talked to and is ambushed by Poe. Poe takes a shot at Ren, but Ren not only stops the bolt midair (and holds it there for a good few minutes), but freezes Poe in place as well. It’s a good introduction to the powerful being that is Kylo Ren.

Now on to The Last Jedi. This is definitely the most divisive movie of the three, as it introduces what I consider to be the biggest misstep of the trilogy: the romance between Rey and Kylo Ren/Ben. The rest of the movie goes in a fairly interesting direction, with the disinterested Luke and the First Order’s constant pursuit of the Rebel fleet throughout the film. Some might say that the Luke/Rey plotline seems a little odd, and I agree to a point. Luke lives this hobbit-esque lifestyle because of what happened when training Ben, which is why he doesn’t want to train Rey at first. Her persistent hounding of Luke only causes him to dig in more, which is where I believe scenes like the alien milk-drinking come in. Don’t get me wrong, I still think that that’s kind of gross, but in this context, it makes sense as the gross-out factor is directed towards Rey, who he is clearly trying to get rid of.

As for the pursuit of the First Order, while I find the idea of the chase interesting, the way that it’s executed leaves something to be desired. I’ve heard many make the point that Admiral Holdo should have just let Poe in on her plans to begin with, and I completely agree with that. It certainly makes practical sense, and it even might have made the plot a tiny bit tighter. I do think that it served to humbled Poe just a little bit and make him less of a hot head. Even Han Solo knew when it was time for teamwork, and when it was time for retreat.

This movie continues the spectacular special effects and space battles, but the character relationships suffer here a little. There isn’t as much of the Poe/Finn bromance here as they are separated for most of the movie, and I felt the addition of Rose Tico to be a tad bit unnecessary. The character herself is fine, and I obviously hold the utmost respect for the actor (shame on those fans that made her leave Instagram), but as far as what her character brings to the table, I personally feel like she was unneeded.

Star Wars: The Rise of Skywalker

Finally, we come to the latest movie, The Rise of Skywalker. As I said before, this movie returned to the director of The Force Awakens, J.J. Abrams. It’s definitely obvious that the entire purpose of this movie is a course correction. The plot is full of references to Return of the Jedi, even more so than The Force Awakens hearkened back to A New Hope. This is the movie I have the most problems with, mostly because of how they chose to use the Emperor. The opening crawl of the movie is how we get told that the Emperor is still alive, not by way of the actual film. He’s just suddenly back. Beyond that, he’s just used as a reason for everything happening. Instead of coming up with something cool (and, you know, actually plausible), the creators decided to fall back on the bad guy from the previous trilogy to be the reason for everything.

My biggest gripe with this movie is twofold: Ben and Rey’s relationship and Rey’s relationship with the Emperor. The romantic relationship between Ben and Rey escalated to the point where part of the climax of the film is them kissing. I’m fine with a romance in my Star Wars movies, but when it’s the main focus, it becomes something other than what Star Wars is: a silly, swash-buckling space mage battle with lasers. Listen, I know the perceived irony between what I just wrote and the entirety of the article up until this point, but just because I can see something for what it is, doesn’t mean I can have criticisms.

This brings me to my last gripe, that being Rey and Palpatine’s relationship. This is something else I feel wasn’t developed enough. The ending comes and it’s just sprung upon us. Why does Rey need to be Palpatine’s granddaughter to be special or powerful? This is something from The Last Jedi I wish wasn’t (partially) retconned. I found it interesting that Rey came from no one special. She had a chance to become family with the other characters instead of leaning on the fact that she was related to someone powerful in universe. Certainly, you could argue that that didn’t happen because we don’t find this information out until the end of the third movie, but it’s very easy to go back and reframe things in previous films and have them come out looking differently because of this new piece of information.

So, how do we fix this moving forward? I believe to fix Star Wars we need to look at Marvel. While we can’t necessarily speak for Phase 4 at this moment in time, Kevin Feige had at least a general plan in place for Phases 1-3, which I believe helped with the universes success massively. While I don’t think that Star Wars needs to plan out that far in advance, I do think it would behoove the executives at LucasFilm to at least plan out the next trilogy.

I liked the idea of the anthology films, but if they were to be made again, they should be more interwoven into the main story than just prequels about random Star Wars characters. I would love more movies in the vein of Rogue One, not more Solo.

The other thing I think needs to happen for this next trilogy to be a success is that it not focus on the Skywalker clan. Certainly, the big draw for this new trilogy was that we got to see some old faces fight alongside these new ones, but it seems to me that the Skywalkers were used as a bit of a crutch for this trilogy. Don’t get me wrong, I love me some Luke Skywalker and some Han Solo, but there comes a point where you can only tell certain stories with these characters without it seeming too, well, out of character. We need to see all new characters in this new trilogy, and no trace of the Skywalkers whatsoever.

All in all, I only want the best for the future Star Wars movies. I’d even take more shows, provided they’re in the same vein as The Mandalorian. I think great things are on the horizon, and I for one, cannot wait to see what a long time ago in a galaxy far, far away has in store.