Swiss Army Man is an oddly thought-provoking and emotional ride for a film about farting. 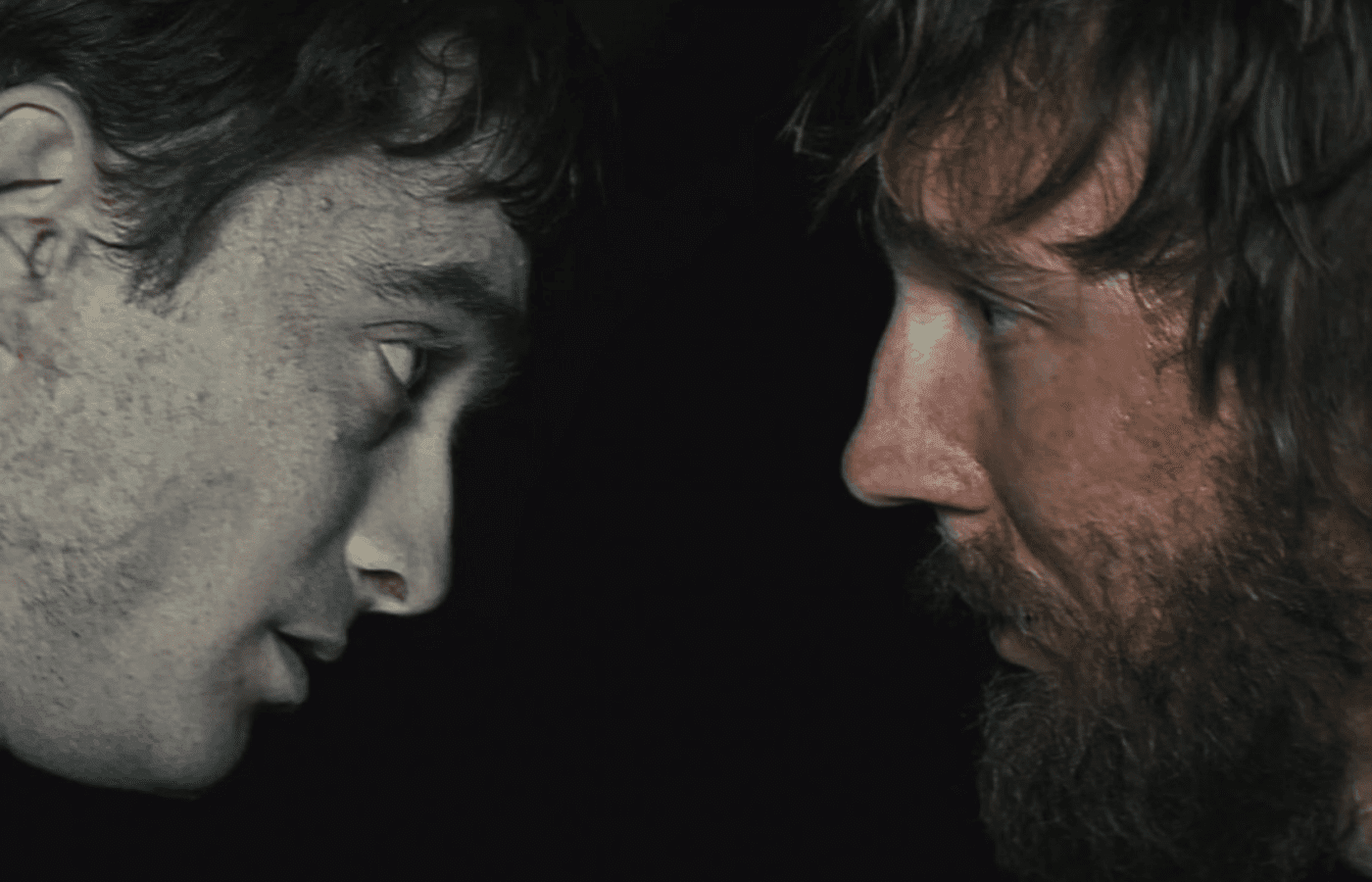 A look at the deeper meaning of the bizarre yet wholesome dark comedy Swiss Army Man.

Swiss Army Man was released in 2016 by A24, and I love it. I don’t want to sound weird or anything, but this is one of those movies that you have to watch if you want to be my friend. It’s just so out there that I feel there aren’t any other films to compare it to, especially as an oddly thought-provoking and emotional ride for a film about farting.

The film begins with a man named Hank (Paul Dano) stuck in a Castaway situation: trapped on an island all by himself, losing hope of rescue, and resorting to hanging himself. A body (Daniel Radcliffe) washes up on the beach, and Hank investigates when the post mortem gas expulsions appear to propel the corpse like a jetski. Did I mention this film is weird? Using his newfound friend, Hank makes his way back to land and begins a journey of self unlike any other.

Dasein is a term in philosophy, roughly translated it means “being there.”The idea of Dasein is an existential state of mind where a person becomes aware of oneself and their own existence. The concept of both being social while being alone with yourself at the same time. When you think about thinking or have thoughts like, “Is it wrong that I feel this way?” “What am I doing with my life?” These are the kind of thoughts associated with Dasein.

Hank begins talking to the body as he carries it into the woods with him and tries to make his way back to society. He names the body Manny based on the noises the corpse makes. Manny begins to speak back, mostly asking questions, causing them both to trail off into discussions about many things, including the art of conversation in general. Manny’s observations of the world that Hank describes are childishly innocent and optimistic. While in contrast, the more Hank talks, the more we learn of his life and how deeply depressed he was.

Hank ran away from home feeling unloved and uncared for, even from himself. He was bullied in school. He constantly overthinks everything to the point of stressing himself out. Hank talks about how society works, and Manny responds with a list of questions. The more they talk and bond, the more abilities Manny manifests, from spitting rocks out of his mouth with lethal velocity to using his erection as a compass.

Swiss Army Man has something to say about society and how it treats the people in it. In the film, Hank and Manny talk about things that “civilized society” has deemed inappropriate or gross, you’re weird for doing it, and you will be judged or bullied like Hank was. Pooping, sex, and death are things that are unavoidable in life, but as a culture, it’s been decided we aren’t allowed to talk about them. These things are natural to the world. Life cannot exist without sex and death, and there is a lot of shit in between those two things.

Hank seems to change his mind on what “bad talking” means throughout the film. Early on, Hank accuses Manny of bad talking when Manny insists on talking about things that make Hank uncomfortable. Later bad talking is when someone uses that old response of saying something offensive when irritated. Case in point, calling something you don’t understand “retarded”.

Hank uses the word to describe Manny’s inability to speak near the beginning and is immediately disgusted with himself afterward saying, “I sound like my dad.” Surely enough, at the end, when we meet Hank’s father he finds his son that had spent days lost in the woods and is quick to judge, says the R-word, and gives him a “what would your mother think?”.

I feel the movie is drawing a line in what is and isn’t “bad talking.” Manny, while in the woods with Hank, questions why Hank even wants to return to society; he sees it as restrictive and has many rules that only serve to make people unhappy. A better world envisioned by Manny is one where everyone is okay with the “ugly” that’s inherent in everyone. A world that doesn’t say degrading and dehumanizing things to people they don’t understand.

“Because life is short, and no one deserves to ride the bus alone.”

I think it’s fairly obvious at this point that the film isn’t meant to be taken 100% at face value. The recurring theme of farting in the film is used almost like a symbol for being yourself. Farts are seen as socially unacceptable and gross, and you’re only allowed to do it in certain places, only when you’re alone. The majority of the film is entirely symbolic; the island Hank is stranded on, the corpse that helps him, the woods he gets lost in after that, all symbolic for Hank’s personal journey of self-acceptance.

Hank begins on an island completely alone, isolated, miserable, and on the verge of suicide. Then Manny appears, and he uses Manny to get back to the mainland, no longer alone and closer to the world he has rejected. Manny develops a personality that is mostly a reflection of Hank and his desires for a world that loves and accepts him for who he is. As the film progresses, we learn about Hank; he’s depressed, lonely, and unable to express himself. Manny is like a coping mechanism for Hank.

Hank explains he has a tendency to overthink things and stress himself out, and his mother would sing for him to help him calm down, something that Manny does when in the woods. As Hank explores the woods with Manny and explains things like emotions, life, and love, the pair grow a fondness for each other. I see Manny as an extension of Hank, not devoid of all personality, but as Manny, Hank can wrestle with his insecurities, literally talking himself out of his problems.

The film is mostly Hank and Manny talking about life, the good, the bad, and the seemingly meaningless things we take for granted. Through teaching Manny, Hank is teaching himself how to talk to girls, how to be happy, and how to love others and himself. As he wanders the woods, he wanders in his own thoughts and his thoughts about those thoughts. When he gets frustrated, he tries to silence himself/Manny and, like an inner critic, chimes in when Hank least wants him to.

The movie uses images of the broken, empty, dirty, smelly, useless, and old to tell a story about people. We’ve all had low points in our lives where we feel like trash, but the tired old phrase of one man’s trash is another man’s treasure exists for a reason. It talks about how it isn’t wrong to want sex, fear death, or do the things your body does naturally.