Tokusatsu is built on the foundation of good vs. evil, but the War of the Gargantuas paints this story with such poetic and tragic brushstrokes, making it so unique for the genre. 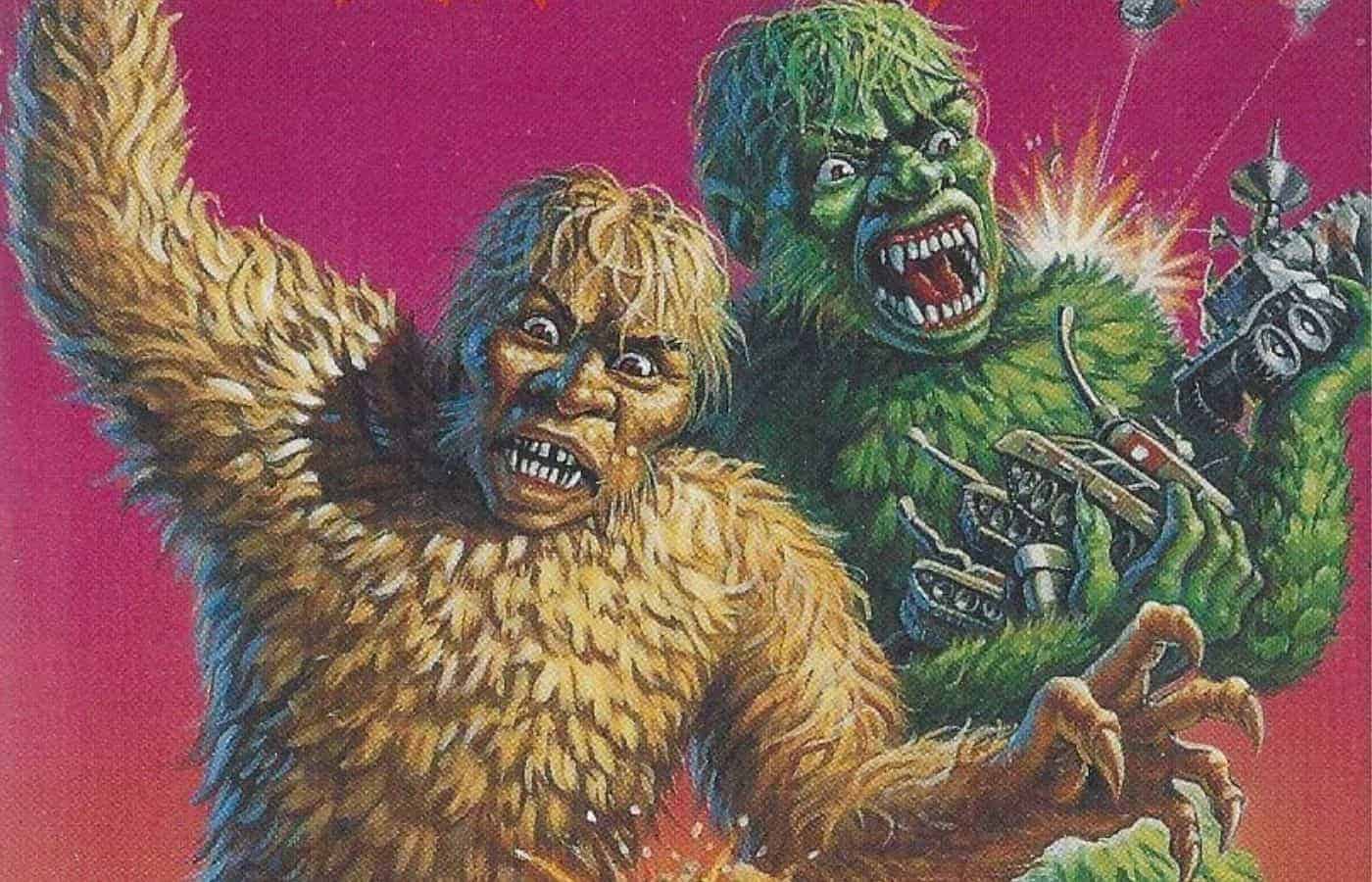 At its core, The War of the Gargantuas is a very human story wherein the kaiju siblings struggle with and clash over their antithetical personalities. Tokusatsu is built on the foundation of good vs. evil, but the War of the Gargantuas paints this story with such poetic and tragic brushstrokes, making it so unique for the genre.

Film is as much about community as it is consumption. Perhaps more than any other art form, we connect with film on personal, sometimes deeply emotional levels, and desire to connect with others who have been affected in the same way we have, which is sometimes even more paramount for genre film fans, who revel in conversation and connection over their niche viewing habits. Take Two is an ongoing column that brings two writers together and celebrates that connection that only film nurtures in us. This month, Jesse Berberich and Chris McDonald discuss the Toho kaiju classic, The War of the Gargantuas.

The Poetic Tragedy of The War of the Gargantuas

It was 1999 when I first saw The War of the Gargantuas. I was an eight-year-old kid who spent all his time obsessing about monsters, specifically Godzilla and his cast of friends and foes. Certainly, not much has changed, but back then, being a monster kid was still so new to me, and new discoveries found at the video store or on TV were absolute treasures.

That’s why I was so excited for AMC’s Monsterfest that year. Roger Corman was hosting a month-long Halloween marathon that included dozens of kaiju films; some, like Rodan, I hadn’t yet seen, and some I was eager to see again. The one that stood out to me the most, however, was The War of the Gargantuas. I at least knew Rodan and Mothra from their appearances in Godzilla films, but I had no clue what these Gargantuas were. What a revelation it was once the film began!

My biggest take-away from that first viewing of The War of the Gargantuas was how scary it is for a kaiju film. The original Gojira is quite scary, even in its Americanized edit, but I wouldn’t say many subsequent films in the tokusatsu genre retain that tone. Though the scares in the War of the Gargantuas aren’t born from the same real-world dread like Gojira’s, they’re more like a slasher film: creepy and thrilling.

I always go back to the sequence recounting the Green Gargantua Gaira’s attack on a fishing boat. Gaira pulls the ship under the darkness during a storm and tears through the tumultuous waves after the survivors struggling to swim to safety, devouring any prey who were far too slow to out-race the hunter.

This scene gave me chills then, and it still does. I’m afraid of the ocean and of being chased, and though I’ve seen countless water-themed horrors and teenager-pursuing slashers since I was eight, I have to imagine that watching The War of the Gargantuas was the formative experience that shaped these fears. For a kid used to seeing Godzilla dropkick opponents and do victory dances on Planet X, how could a kaiju film so focused on scares and bleakness contribute anything else to my young psyche?

There’s also the design of the Gargantuas themselves, which are recognizably humanoid despite their status as monsters. Perhaps they’re too close to human, creating a sort of Uncanny Valley reaction that could explain why I find Gaira staring up at the audience from deep below the water so horrifying. Food for thought for you, Chris, but I think there’s something to that, especially when you consider the conflict that the Gargantuas engage in.

At its core, The War of the Gargantuas is a very human story wherein the kaiju siblings struggle with and clash over their antithetical personalities. It’s a story of good vs. evil and of sibling rivalry. Sanda, the good Gargantua, cannot abide by his brother’s evil and must save humanity from Gaira’s fearsome appetite, even when doing so causes Sanda great sadness—Sanda fights because he knows he must, but it hurts because he wishes Gaira wouldn’t force his hand.

Tokusatsu is built on the foundation of good vs. evil, but the War of the Gargantuas paints this story with such poetic and tragic brushstrokes, making it so unique for the genre, which I think is easily the reason for its strong following in the tokusatsu community. As a fellow monster obsessive, I’m eager to hear your assessment of this film, Chris. What has been your experience with this film? What do you think makes it so special? As we celebrate its 55th anniversary, what do you believe is the legacy of The War of the Gargantuas? — Jesse Berberich

A Gateway Into The World Of Kaiju History

Growing up in the late 90s/early 2000s, I was lucky to experience a sudden rise in popularity of Godzilla here in the west thanks to the release of the 1998 Godzilla film (for good or ill). Soon my obsession with men in monster suits grew as I realized there was more beyond Godzilla. This led me down a rabbit hole that included Gamera, Ultraman, and yes War of the Gargantuas.

I became fascinated with how insane these series of events lead to the creation of so many different films and so many even crazier unmade films. My mind was blown when I learned that Toho was considering Godzilla vs. Frankenstein before they chose Mothra as his next opponent. It made me appreciate the almost dartboard method of creativity these filmmakers had in the creation of these films.

As for The War of the Gargantuas itself, it has remained my go-to example of one of Toho’s best non-Godzilla kaiju films! Despite it being a sequel to Frankenstein Conquers The World, it holds up very strongly on its own! Especially with the US version (which by Showa standards is not bad at all aside from a very disinterested Russ Tamblyn), as it basically removes all references to Frankenstein Conquers The World.

The titular Gargantuas, Gaira and Sanda, remain some of the most well-developed kaiju in terms of their personality, as suit actos Haruo Nakajima (Gaira) and Hiroshi Sekita (Sanda) were actually able to emote and act through their suits thanks to the designs from the many talented folks in Toho’s effects department. This is very evident with the actors’ eyes being visible through their masks.

Then comes the climactic fight itself, which tokusatsu master Eiji Tsuburaya made sure to make one of his best! Because Gaira and Sanda were scaled smaller than Toho’s usual monsters, the miniatures were made much larger and more detailed. So, combine that with the wrestling-style fight choreography, and we get some of the best tokusatsu effects work of the Showa era.