These are the ten best Australian horror movies from down under...way down under. 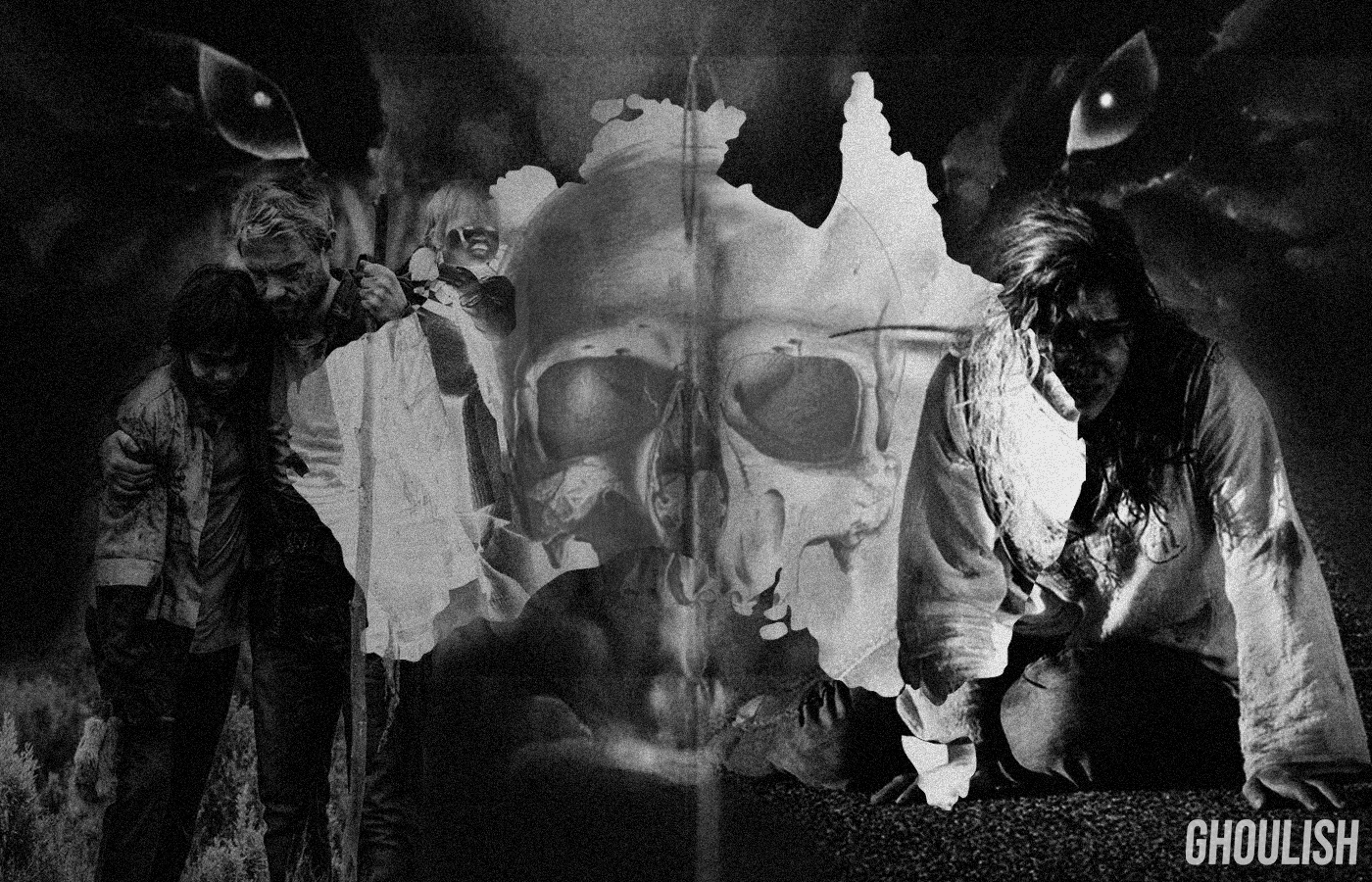 These are the ten greatest Australian horror movies. Prepare yourself because we’re going down under!

The Babadook (2014) was an obvious first choice. Jennifer Kent emerged upon the horror scene with this bleak look at motherhood and grief. In The Babadook, a single mother, grapples with the violent death of her husband while simultaneously battling with her son’s fear of a monster lurking within the house. It’s one of the biggest supernatural creature features to emerge in recent years and has become a Australian horror classic.

William Friedkin, director of The Exorcist (1973), said, “I’ve never seen a more terrifying film than The Babadook.” This statement alone is good enough reason to include The Babadook on this list of the very best Australian horror movies!

Cargo (2017) is perhaps one of the most original zombie films to date! After an epidemic spreads all over Australia, a father searches for someone willing to help protect his daughter. This movie is actually Australia’s first Netflix Original feature film! It’s also the first Australian theatrical feature film to be released globally as a Netflix Original.

As our main protagonist, Andy ventures deeper into Australia’s unforgiving landscape he encounters Aboriginal communities. Cargo asks the question: who was here first and who has had to fight for the land they call home.

Unbeknown to the cast and crew the abandoned mine where filming took place had previously been the site of the real-life murder of a woman. The production of Wolf Creek caused locals to protest the film, they also thought the film was about those events. Wolf Creek is chilling and earns its place amongst the best Australian horror movies.

The Cars That Ate Paris

Where to begin with this cult horror-comedy? How about the fact that it was a favorite of one Stanley Kubrick. Talk about pedigree! If that doesn’t pique your interest then what about it being Peter ‘The Truman Show’ Weir’s first movie? Have I gotten your attention? Good.

The Cars That Ate Paris is about one of those strange rural towns where everyone knows your name and secrets, you know the kind I’m talking about, where the 148 residents are involved in profiting from car crashes. Plus, there’s lobotomies and medical experiments performed on the crash victims.

I first saw this movie on late-night TV in Australia. But when I did it was the ending. This is a “balls to the wall” sequence of violence, horror, and auto-destruction that without any context seems ludicrous. But, with context? It makes total sense in all the right ways.

Any list of Oz horror movies worth its salt will mention two people again and again. Those being Everett De Roche and Richard Franklin. De Roche had a string of horror success unlike anyone else in the Australian Film Industry and single-handedly ushered in the golden age of Oz Horror. Franklin, on the other hand, was touted as the Australian Hitchcock and his movies prove that to the extent that he was the man who directed Psycho 2.

Ignore the 2013 remake, though that has its own merits like Charles Dance, the original tale of a comatose killer with psychic powers is equally creepy, startling and daft mixed together perfectly.

One of the many highlights, apart from the wide blank stare of the title character, is seeing Sir Robert ‘The Childcatcher’ Helpmann eating live bugs. This is a cathartic experience for any child scarred by his terrifying turn in Chitty Chitty Bang Bang. Which, if we’re all being honest is what horror does best.

By today’s standards, Patrick is a silly little movie, but when the main character is a blank-eyed spitter. It does exceedingly well. Of special note is that two years later in 1980 an unauthorized sequel was released. It came out of, all places, Italy. Which proves the quality of this gem.

Another from Mister De Roche, this one is billed as a psychological thriller. In all reality, it falls squarely in the “nature fights back” sub-genre. This is the perfect movie to teach children about respecting nature and each other.

The basic premise is that the absolute worst couple in the world, and their dog, go on a camping trip. These two constantly argue and pick at each other to the point where we, the audience, actually want something bad to happen to them. God, I love these movies. Their absolute disrespect for anything boils over and they start mistreating their surroundings and the animals found within.

Naturally, it gets to the point where nature has had enough and gets revenge on our ‘heroes’. And that is the point and joy of these kinds of movies. Seeing nature get back at us is always a treat for the eyes.

What is surprising about Long Weekend is the tension it builds before the release. It expertly creates empathy for nature which in any other film would be the villain. Here it is the hero of the piece. And whatever you do, avoid the 2008 remake starring Jim Caviezel.

Tired of the same old same old serial killer movie? Have you seen Silence Of The Lambs one too many times? Can you figure out what’s going to happen within the first ten minutes of watching? Well then, check out Roadgames, one of Quentin Tarantino’s favorites.

Stacey Keach and Jamie Lee Curtis, yes THAT Jamie Lee Curtis, play the only Americans in Australia to meet and decide to travel cross-country from Melbourne to Perth by way of the desolate Nullarbor Plains. He is the world-weary truck driver and she is the hitchhiker. Also, following them is a serial killer.

This is Rear Window but on wheels and crossing the barren emptiness of the Australian Outback. That is what the director, Richard Franklin, wanted to make and boy does he succeed. The kills in this one are unique and completely original. Take, for instance, the opening kill that involves a guitar string. It perfectly sets up the rest of the movie’s style and atmosphere. It also helps that both Keach and Lee Curtisplay off of each other and seem to have real chemistry.

From the list so far, this would have to be one of the best and you’d be doing yourself a disservice if you don’t find a copy ASAP.

The last Everett De Roche script on the list. There isn’t much to say except, this is about a gigantic wild boar terrorizing the outback killing and devouring people as it goes. Plus it is directed by the guy who brought us Highlander.

From the supernatural and creature feature let us, dear reader, travel to real-life and the horrors that man can do to one another. Also known as the ‘bodies in the barrels murders’, the Snowtown Murders took place from 1992 to 1999 with 12 poor unfortunates being found.

This is one bleak and brutal film to watch that does not flinch from sexual abuse and hate crimes. Not hitting hard with the gore, Snowtown creates its horror by showing how someone is capable of performing such atrocious acts. The fact the most of the actors were inexperienced adds to the power of the story and the performances ground this eerie tale.

Most people will say that this is not horror but more of a crime movie. To them I say, go and watch it then get back to me.

Joel Edgerton playing a serial killer? Thank you very much!

This little horror thriller revolves around three teens who get swept up in murder and violence over the course of one week. Its portrayal of the teen mentality of being smarter than everyone else, or at least they think they are, and how it backfires in the most terrible of ways is a startling lesson that all teens need to learn quickly.

What violence is there comes fast and is shocking with some of the more gruesome stuff coming from past deeds done to our main characters. Which the three actors playing them handle surprisingly well. But the standout role is, of course, Joel Edgerton. If he creeped you out in The Gift then this will role will make the perfect double feature.