Terrifier 2 Is Hell On Wheels For Halloween (Review) 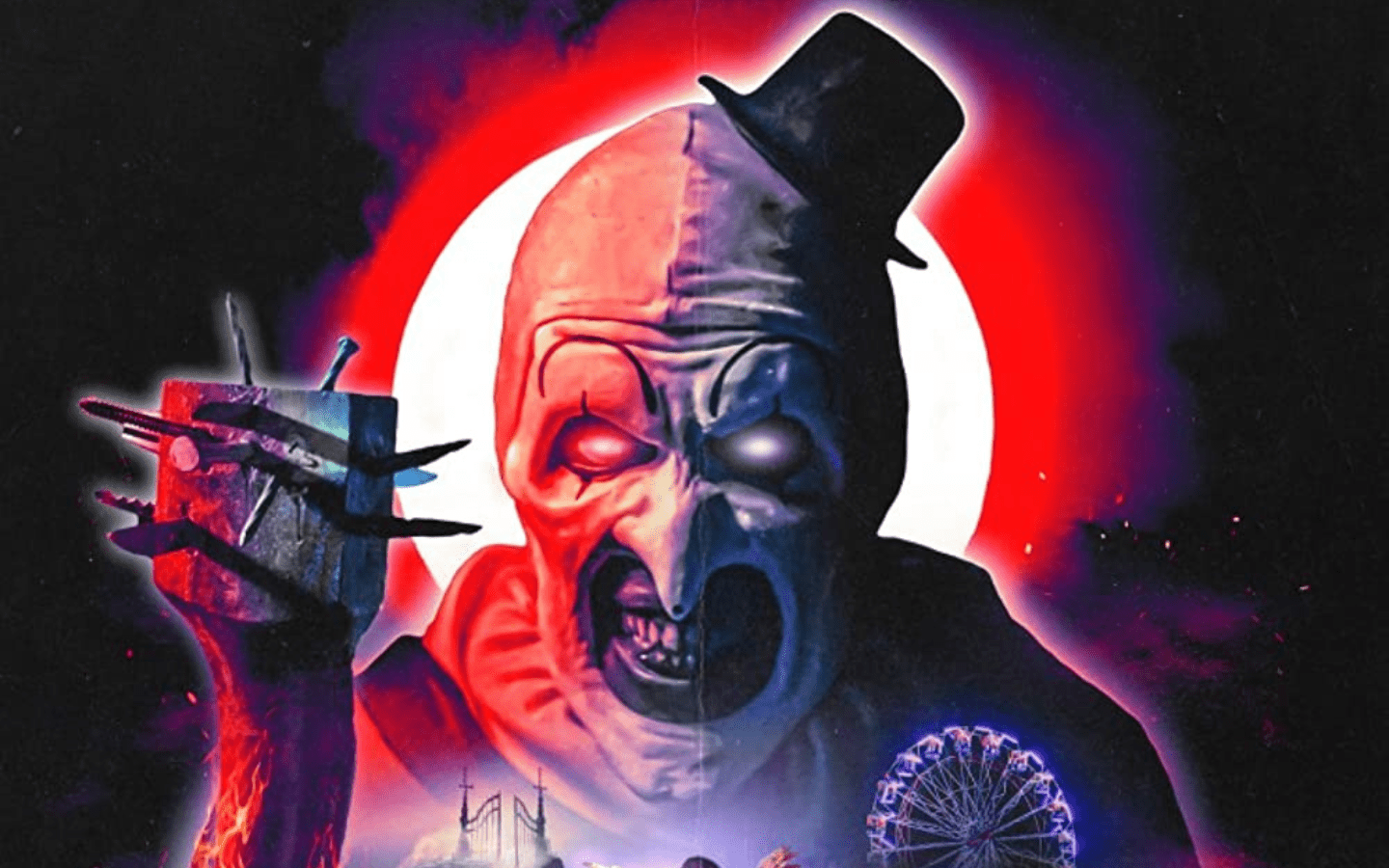 October 2022 has been a spectacular spooky season with the new content that has rolled out.  One terrific storyline we see continuing to unfold is that of Art The Clown, of All Hallows’ Eve, and Terrifier acclaim. Art is the most caustic of clowns, the most visceral of villains, the most silent of slashers, and the most torturous of terrorizers. The new slasher icon gets another leg in his journey in Terrifier 2, and let’s just say it is a marathon, that Art sprints the entire time.

If you have a chance to see it in theaters I highly recommend it as you are going to get the full spectrum of effects you won’t get if you wait to stream it later. I’m pleased to announce that I was able to do so and that this studio is getting huge returns on its investment.  I’m not sure I’ve seen a horror movie quite like it but with this success, I hope we have many more in its follow-up!

Terrifier 2 is directed and written by Damien Leone. The film stars Lauren LaVera, Elliott Fullam, Sarah Voigt, and Kailey Hyman. Let us not forget the incredible acting of David Howard Thornton as Art The Clown. The film is distributed by Bloody Disgusting and was released on October 6th, 2022.

The One and Only Warning

Terrifier 2 is not for the squeamish or those that believe that horror films only have villains kill their victims. Most importantly (at least for my mom) it is not for those who are scared of clowns! This film is level 10 brutal and may not be the best for casual horror fans.

I’m not sure where the trope of ‘have your young kids watch EXTREMELY horrifying movies‘ came from. As someone that dealt with horror movie nightmares for decades, don’t be that guy, especially with this movie.

From the first minutes to the last scenes, Terrifier 2 makes every effort to paint every wall with a splatter of “red stuff”. The movie continues launching Art at us in all of his eccentric motions and actions but without ever letting him tell us ANYTHING about what is going on or why he is doing what he does. I will avoid spoilers but I may inadvertently drop something that is a little telling of the movie. If I do, and you are mad, drop a complaint in your nearest trash can. If one isn’t available, eat the complaint.

We are introduced to a family in the Miles County area, Jonathan, Sienna, and their mother. They are anything but level-headed before the events of Terrifier 1 unfold. Jonathan is the troubled son that is trying to make light of the evil that has fallen upon their county and understand these dark elements.

The siblings’ mother is working hard for them from home within the realm of insurance and is attempting to ensure that her children don’t run off the rails. The world around them and the events that have occurred. Sienna is the family’s high school-aged daughter that is arts and craftsy and trying to be in a better spirit for the upcoming anti-holiday of Halloween.

These fleshed-out characters is part of what puts Terrifier 2 above the original. While pure gore fests are awesome, they gain a lot more weight when we care about the characters. Also, Lauren LaVera kills it as Sienna.

When we think of our favorite horror and slasher villains, we need them to have plenty of personality, aesthetic, and the ability (natural and supernatural) to lay waste to anyone that comes between them and their ultimate kill. Art is like an atomic bomb and all you need the bomb to do is to get rid of a gopher.

We do get to see a little more development of who (or what) Art is and why he is able to do what he can. We also get to see that there is a branch of this power that goes to the side of good, if only for this movie.

I was uncomfortable with some of the kills, but I was laughing about how Art carries himself. That said, I had the tugging urge to see some good before everyone drowned in copious amounts of blood.

This movie is stellar, 10/10, and I will see it again when I can. Here’s to the continuance of this franchise and storyline.

Have You Seen Terrifier 2?

We hope you enjoyed our Terrifier 2 review. Have you seen this slasher horror film? Let us know on social media!