Who knew that that only thing scary then a talking clown is a silent clown. 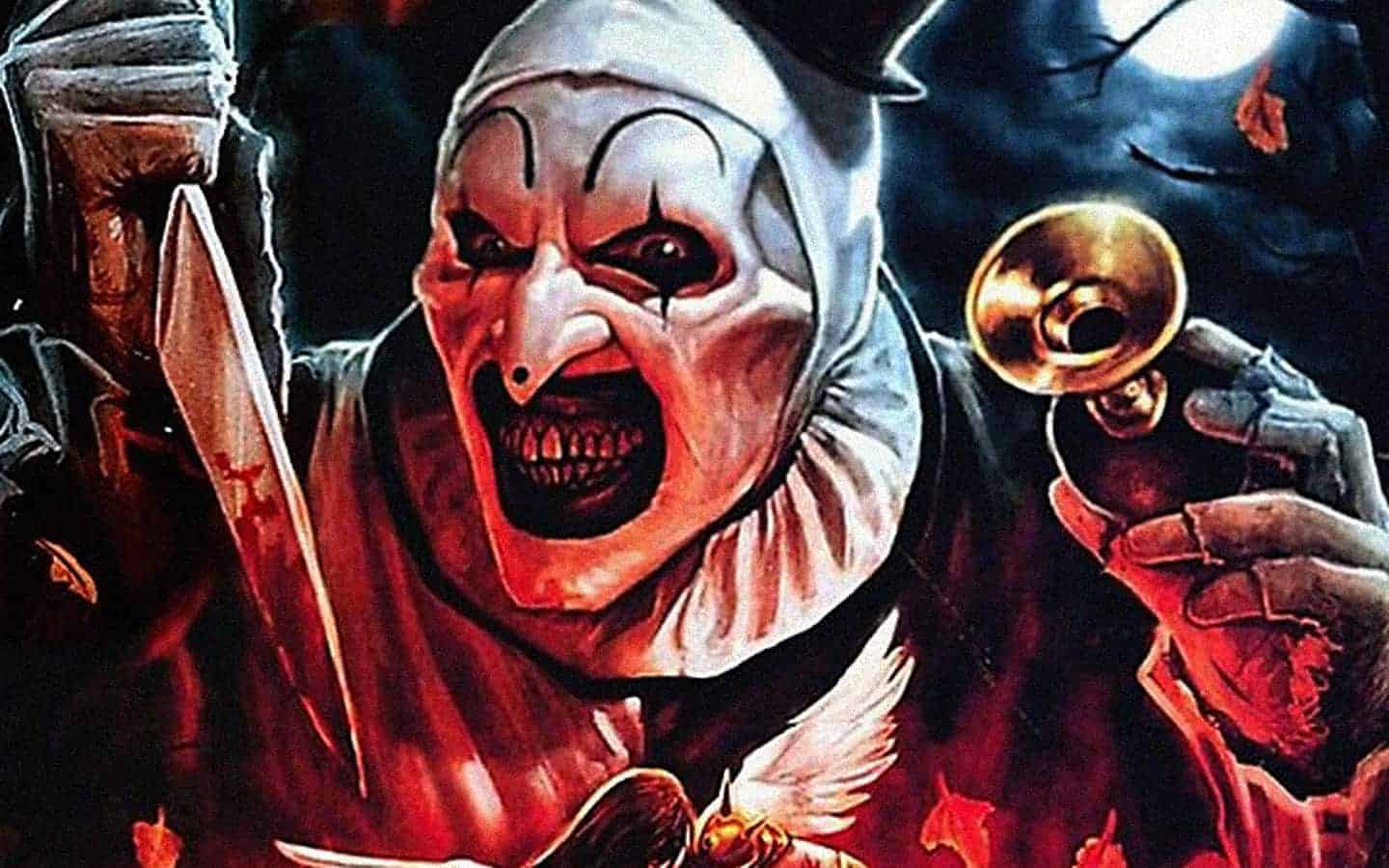 Exploring the influences of Terrifier’s Art the Clown!

It’s no surprised that Pennywise the Cosmic Clown has entered the top tier horror status next to the greats like Michael Myers and Dracula. This is all thanks to the success of the 2017 film It which, at the time of this article, is the highest box office of all time for a horror film at 700 million dollars worldwide.

Let’s think about his appearance real quick. We have two iterations of Pennywise, both played by wonderful actors. The appearances are the same, more or less. He sports his red hair, colorful suit, and although this isn’t a part of his appearance, his wittiness is a part of his persona.

Now don’t get confused, this is still a part of Art the Clown. When Damien Leone was asked about his influence for Art the Clown, well you’d expect to hear Pennywise. Which is kind of half true.

I wanted him to be the complete opposite of Tim Curry‘s Pennywise.

But Pennywise wasn’t the only influence. Aside from the obvious Joker inspiration with the pointy nose and deranged smile, a Twilight Zone episode was a major inspiration as well. Season 3 Episode 14 is called “5 Characters in Search of an Exit“. Within these five unique characters there’s a man dressed as a clown. His attire consists of a small top hat, ruffles around his neck, waist, wrists, and huge buttons going down his torso.

Now let’s think of Art the Clown’s appearance. His black and white outfit is pretty simple in terms of a clown palette. Pretty much the only color he has is when he’s drenched in gore, which is basically the whole film. His other major opposite factor from Pennywise, is Art being mute. Who knew that that only thing scarier then a talking clown is a silent clown? It’s been done before in Killer Klowns from Outer Space, but that was more in a comedic fashion. Never has there been something to this intense degree.

There is more to Art then just his appearance. After all, if appearances were the only thing that made you a horror icon, than low tier horror characters like The Jackal from the 13 Ghosts remake deserve a spot in the mainstream’s eye. But sadly no matter how cool his design is, the Jackal won’t be remembered as one of the greats.

Up until mid-2020 Art the Clown has had a few appearances before his feature film debut. The first being in 9th Circle and then followed by “Terrifier“, the short which is featured in All Hallow’s Eve. His own feature was released in 2016 under the same name, Terrifier.

The Man Behind the Makeup

The biggest difference between Terrifier’s feature debut and the prior shorts is having David Howard Thorton on board. Up until 2016, Thorton has only had a few IMDB credits. All of them being voice acting. So what does Leone decide to do with Thorton? Hire him and strip away of his biggest skill, his voice.

This results in pure physical acting which, luckily to Thorton, has been his favorite since he was a child. In multiple interviews, Thorton has pointed out Charlie Chaplin, the Marx Brothers, Buster Keaton, and Mr. Bean as his childhood inspirations.

Now up until this point there’s no background to Art’s origins. It’s safe to assume there are some supernatural influences judging from his glowing eyes, the demonic circle he’s with, and the fact that no matter how mutilated he gets, he’s still there alive and well.

There’s no point in really adding another theory into what he is since Leone already mentioned that his origin will be uncovered with the second film. But the fact that he’s had so many appearances and we still have no idea of his origins leads to a polarizing discussion.

The first major scene is within the pizzeria. I’m going to be honest; when I first watched this movie I had no prior knowledge about Art. I imagined it happened to others as well.

It was just a boring night flipping through Netflix until I stopped by the cover of Terrifier. This was during the time when clown pranks swept the internet. It became a national phenomenon here in the United States, so naturally, I imagined this film was just trying to bank off the current situation. But still, since it was a boring night I decided to watch it.

We get a clear picture of Art a scene prior when he is walking through the alleyway. But once he sits down and torments the two ladies, that’s when David Howard Thorton shines with his silent acting skill. The way he menacingly plays with his future victims and how you’re just uneasy throughout.

You expect him to do something vile and atrocious, which he does, but it’s not directed to the girls. The tension in this scene builds until he defecates on the wall and goes for a few kills, one of which has been famously recreated in the 2018 Halloween sequel: the jack o’ lantern smile. There is no information whether this is a direct influence or a coincidence.

The second part that deserves some attention is his kills. It wouldn’t be a slasher without memorable kills. We can’t talk about Terrifier without even mentioning his upside-down kill that brings Craig Zahler’s Bone Tomahawk upside down kill to shame. This death is just brutal, bloody, uncomfortable and, as I mentioned, memorable.

The final part that I quickly want to talk about is this scene around the one hour mark. The one time we see Art the Clown out of his clown attire and, following suit of Buffalo Bill in Silence Of The Lambs, Art wears the upper torso and scalp of Tara. Damien Leone essentially recreates his version of Marylin Manson’s Mechanical Animals look. Match that with Thorton’s acting and this scene just left me uncomfortable and at unease.

Unfortunately, this film does suffer from the lack of plot and occasionally the lack of people in the background of the film. The latter gives it this indie vibe that it created in the film. Remember George Romero started the American zombies with his first indie project, Night of the Living Dead. Even films like these can start something great. Regardless of the recycled plot for a short period of time, I was just happy to be able to experience the uncomfortable tension that Art the Clown brings.

The Indigogo campaign for Terrifier 2 fulfilled its $50,000 goal within a couple of hours. It finished at $215,000. According to the website that’s 430 percent! The official trailer came out a year later and just within 24 hours, the YouTube views went up to about 160 thousand. Now if you ask me, Art the Clown has all the components of a future horror icon.