Ringing in the Bloody Year with Terror Train and Midnight Kiss

The parallels between Terror Train and Midnight Kiss share narratives of revenge that are rooted in both desire and betrayal. 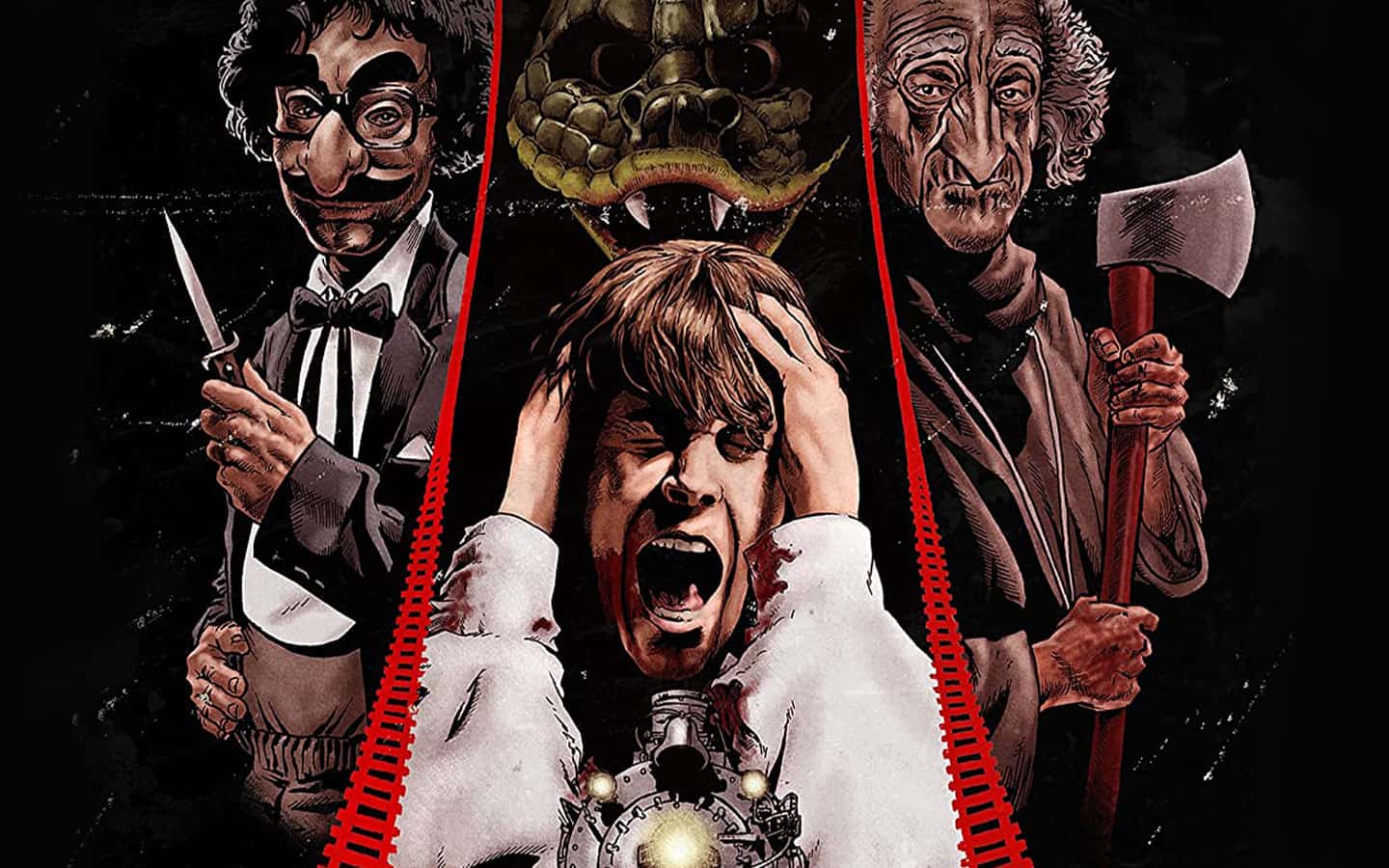 The parallels between Terror Train and Midnight Kiss reflect the traditional concepts of New Year’s Eve. Both films set place on the holiday with similar narratives of revenge rooted in desire and betrayal.

The destructive year we know as 2020 is about to end while opening its doors to a new year of challenges and possibilities. It is difficult and perplexing to really capture every event that occurred this year. However, this article is not about 2020 but on the holiday that is New Year’s Eve.

According to the National Day Calendar, “New Year’s Eve is a time to reflect on the past year and all of the lessons you have learned; it can be a time you decide to start making better choices”. Additionally, it addresses that New Year’s is also a time to forgive past mistakes and form new habits.

However, in the horror genre, New Year’s Eve is mostly seen as an opportunity for evil adversaries to punish the people who hurt them (directly or indirectly). This mostly occurs when people’s wrongdoings come back to haunt them. For New Year’s Eve, horror celebrates two groundbreaking films: Terror Train and Midnight Kiss. Both films examine past mistakes leading to deadly grudges with social commentary on relationships, debauchery, and forgiveness.

Revenge On The Rails

Terror Train (1980) is written by T.Y. Drake, Daniel Grodnik, and Judith Rascoe with the direction of Roger Spottiswoode. The film centers around pre-med college students who are celebrating their New Year’s Eve costume party on a moving train.

During this ongoing party, a killer begins stalking the students composed of Alana (Jamie Lee Curtis), Doc (Hart Bochner), Mo (Timothy Webber), Mitchy (Sandee Currie), Jackson (Anthony Sherwood), and Ed (Howard Busgang). The killer murders his targets one by one while also donning their costumes in order to blend with other people so he can continue his stealthy slayings.

The increasing terror forces Alana to join forces with Conductor Carne (Ben Johnson) and a magician (David Cooperfield) to unmask the killer’s identity. This leads to a disturbing revelation rooted in vendetta by a heinous prank that Alana was part of many years ago against student Kenny Hampson (Derek McKinnon).

Terror Train displays a terrifying ride (pun intended) whereon a mad killer goes to great lengths to exact his revenge; an act of revenge that perfectly encapsulates the holiday, not just because the killer suffered a traumatic event on New Year’s Eve, but also to make his victims regret the actions of their past, which we can all empathize with (to an extent).

In this chaos, our final girl Alana strives to see a new year where she achieves her professional opportunity while facing her biggest regret to save her friends. In the case of Kenny Hampson, he embodies the judge role, force its victims see their evil past wrongdoings. Therefore, Kenny represents the judgment of the past while Alana represents the future of hope achieved through survival instinct.

Traditionally, New Year’s Eve offers a feeling of relief and hope by acknowledging past mistakes and move forward. However, in horror films and in this case Terror Train, it is not that simple.

Neither forgetting the past nor forgiving the actions of Alana and her friends secured their safety. Kenny Hampson exemplifies that by reminding them of the pain he felt and how his life succumbed to isolation and fear. Kenny exploits these terrors to his tormentors by taking away their desire to find relief on a year that he was taken away from. Kenny could not celebrate hope on New Year’s Eve; therefore, he subverts the holiday tradition by taking away his tormentors’ hopes.

Overall, Terror Train displays a cause-and-effect force between our hero and villain on a holiday that reevaluates an individual’s strengths and weaknesses.

Midnight Kiss (2019) is written by Erlingur Thoroddsen and directed by Carter Smith; centering around a group of friends who are traveling to Palm Springs, Los Angeles to celebrate New Year’s Eve.

The target group composed by Cameron (Augustus Prew), Joel (Scott Evans), Logan (Lukas Gage), Hannah (Ayden Mayeri), Zachary (Chester Lockhart) and Ryan (Will Westwater) are all stalked by a killer dressed in a pup play mask. Mixing lust and violence, the killer takes advantage in luring and murdering gay men, but not before sending them cards related to the Midnight Kiss. Yes, the Midnight Kiss is a game consisting of three rules:

Simple right? Yet these are the rules that will spell romantic trouble and physical mayhem for our protagonists.

Midnight Kiss effectively portrays a deadly clash of lust and romance on New Year’s Eve where random kisses aren’t met as potential romantic relationships. The titular game sets the rules, but its players do not take into consideration their actions on themselves and unto other people. Actions that led Logan on a personal vendetta against Cameron and his friends. Since New Year’s Eve is vastly portrayed in extravagant parties, for this film it displays a troubling element of people as sexual objects.

Additionally, this group is composed of queer men except for Hannah who easily fall into an examination on gay culture; debauchery as the reason to split the community and being taken advantage off by unsuspecting adversaries. These topics are extensively examined in my articles Happy New Slasher Year and No Longer Subtext: Queer Slashers.

In this piece however, New Year’s Eve dwells more into the debauchery process of people’s bodies and emotions seen as objects without any consequences. Nevertheless, Midnight Kiss displays all the desires of connection and rejection in a holiday that traditionally requires it, but for gay people it is also a reflection on how they balance lust, love, acceptance, and commitment.

The parallels between Terror Train and Midnight Kiss reflect the traditional concepts of New Year’s Eve. Both films set place on the holiday with similar narratives of revenge rooted in desire and betrayal. Both portray survivors that must solve the puzzles of the past to confront a killer who wants them to reevaluate their actions and be punished for it.

Deceiving is the killers’ main tool in blending with the audience to exact their revenge. To conclude, these groundbreaking slasher films made their mark on New Year’s Eve by mixing traditional customs with social commentary on revenge, forgiveness, and relationship drama; ringing a deadly new year for future terrors to come.