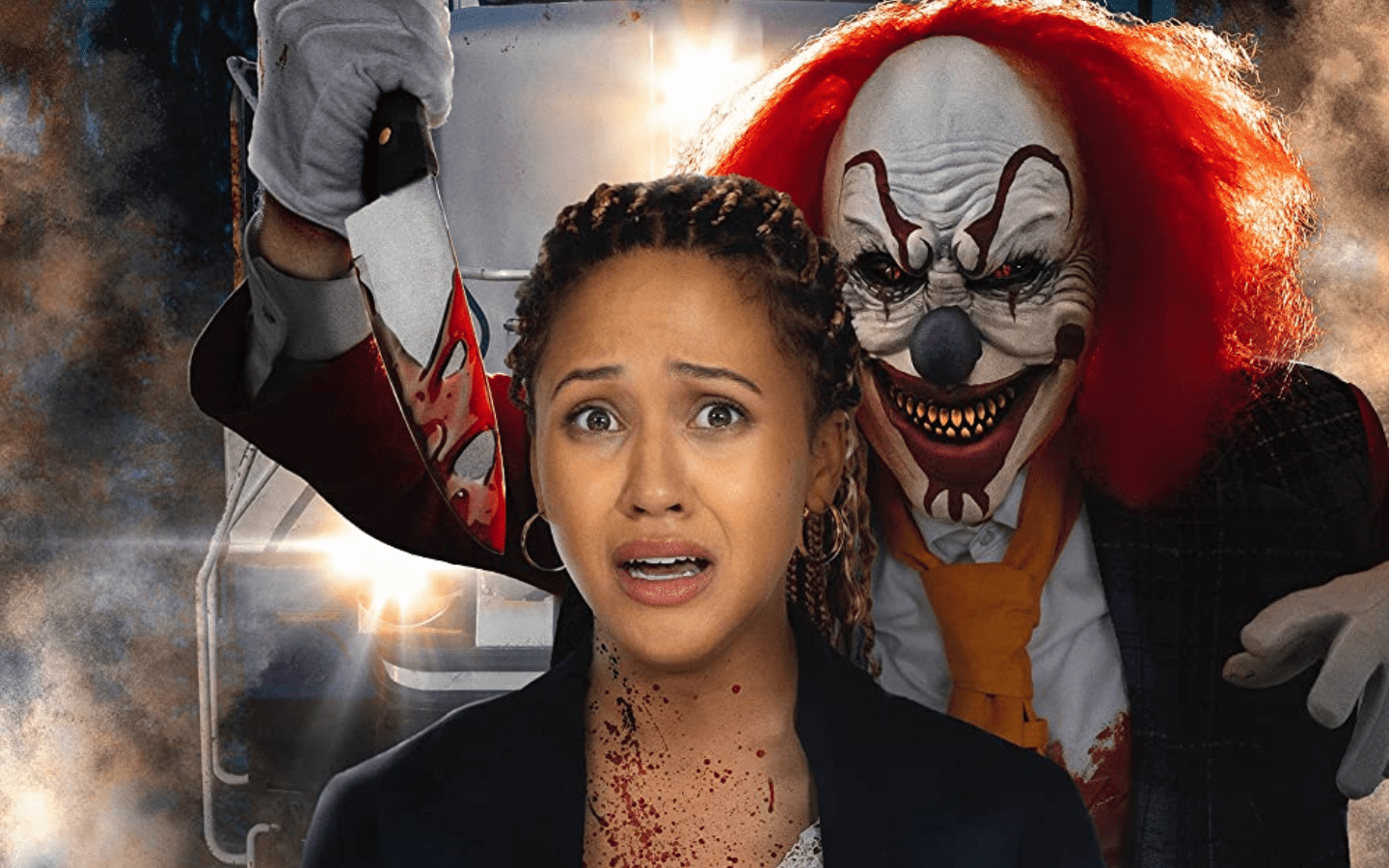 If we weren’t watching another horror movie would it really be October?  Of course not, so we’re watching as many as humanly possible without being committed to a ward or being commissioned to be in them. Although, if you all are looking for some background or even leading man action, we know a few people.

Terror Train is a horror/slasher film based on, you guessed it, a locomotive (Choo choo, buckaroo). The film is directed by Phillipe Gagnon, and written by Ian Carpenter and Aaron Martin. It has its lead casting in Robyn Alomar, Mary Walsh, and Nadine Bhabha.

The story of Terror Train is about frat brothers and sorority sisters going through their pre-med program and initiating members into their group.  One of these initiations goes terribly wrong. A few years later we see the group going on a train to have a tremendous Halloween party, but it quickly turns to horror as murder punches its ticket to ride.

RELATED: Terrifier 2 Is Hell On Wheels For This Halloween (Review)

When we watch a horror movie we have a few baseline expectations we want to be met and in no particular order, they are:

2. A soundtrack that drives the chills.

3. A setting that is battling the survivors almost as hard as the villain.

Terror Train has these things and a little bit extra to make sure that you give it a watch. The villain is one that gets to take part in costume changes and plot twists, and they’re all VERY scary things. The soundtrack will push some of the scarier moments and enhances the moments when the sisters and brothers are partying.

The setting of a train in this film ensures that no one is leaving until the train gets back to the station. It doesn’t offer ample places to hide, thus we have a terrific environment to fight against. Magic, what does that mean? Having a magician? Having plot twists? As we say in today’s world, ”Why not both?”

Terror Train follows Alana (Robyn Alomar) as she continues her life as a sorority sister that is following a pre-med education track. We are shown that she doesn’t want to do the things that might cause pain at someone else’s expense. However, she will sometimes do so, reluctantly, to preserve her standing.

We see one incident go completely awry as a member of the friend group, named Doc, creates chaos after doing more with a set of keys than he had initially discussed.  Because of this, the group must swear to secrecy so that they can all get on with their lives. Unfortunately, Halloween parties on a train are hardly without evil and mischief. Although there is nothing leading us to believe there are elements of the supernatural involved, sometimes our ignorance of the things going on around us, is just as deadly.

The four items I mentioned above again are what I consider a baseline to watch a horror movie. For a film to be stellar and beyond expectations, the variables must be there and must be in high firepower. Tubi’s original Terror Train remake does just enough to have me watching and a little more for some of my applause, otherwise it had undelivered potential.

The actors in this movie did a great job and the gore effects were on point. The plot twists were nice enough, but there wasn’t really a true surprise nor was there anything that stood out about the movie.  All-in-all I would give this movie a 6/10 but would leave it as a one-and-done for my movie experience. I watched this without having seen the original, so I’ll be looking at that one in the future to see what parallels and differences I can find.

Have You Seen Terror Train?

We hoped you enjoyed our review of Terror Train. Have you seen this horror remake? Let us know on social media!