How can we tell a thriller from a horror movie? 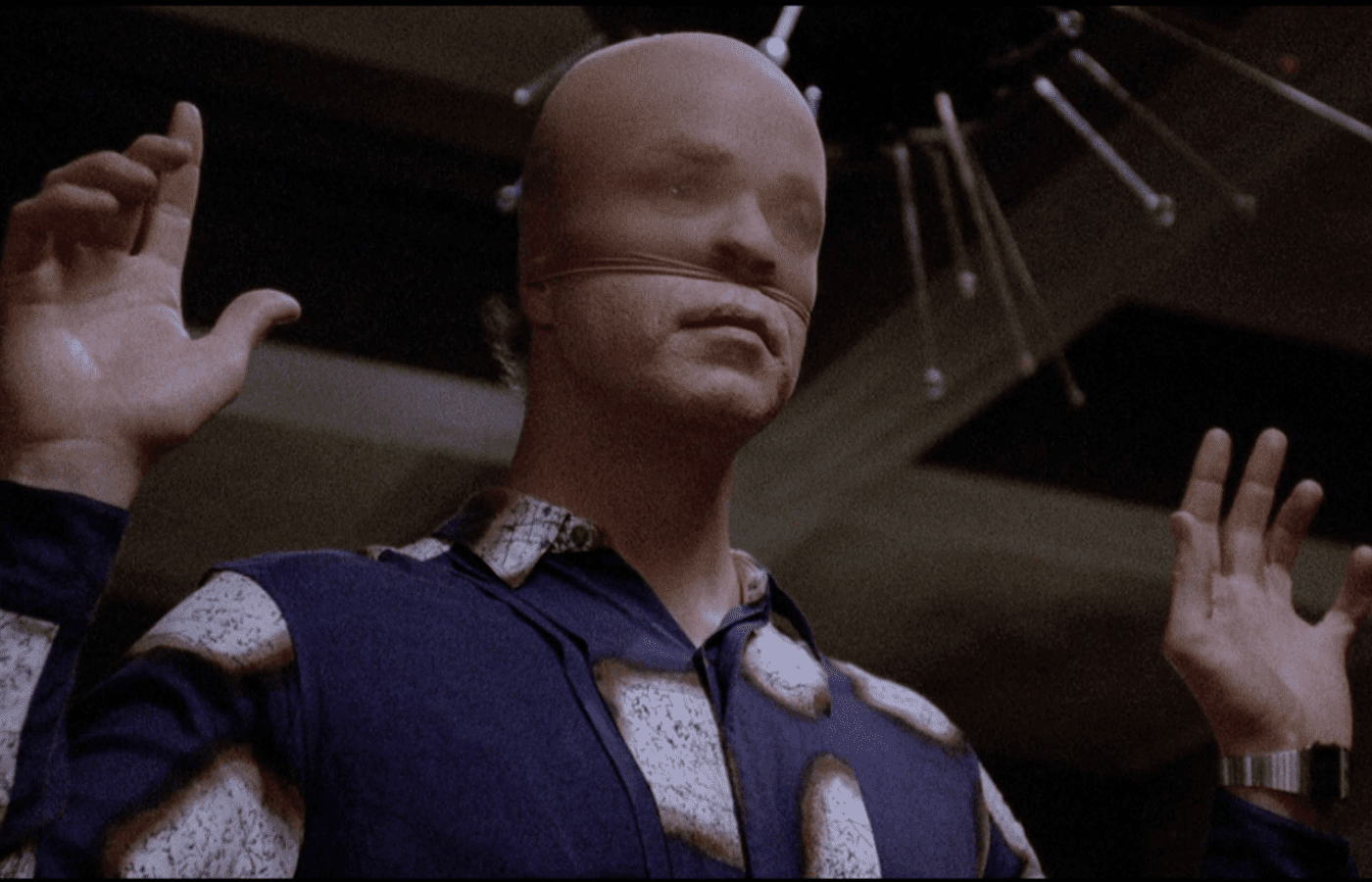 What defines “terror” and how is it different from “horror”? How can we tell a thriller from a horror movie?

Every October I devote one or two days of my film class to the study of horror. I realize that some of my high school students are not as crazy for horror as their classmates or their teacher, so for propriety’s sake I don’t show any clips that are too graphic or scary.

My goal is that kids who are horror fiends learn more about their favorite genre and the non fans learn about the importance of horror to film history.  My horror unit has evolved over the years as I have taught it, but I always begin with the same lesson: the distinction between horror and terror.

The simplified example I created several years ago involves my now deceased pet tarantula, Sheamus. I tell the students that terror is when you hear that Mr. Tucker’s pet tarantula has escaped and is somewhere in this very classroom.

Horror is when you look down and see that Sheamus the tarantula is crawling up your leg. Terror is the suspense and unease you feel in anticipation of a horrifying event. Horror is the shock and disgust you experience when your fears come to fruition. This is a simplified definition but it gets to the core of the distinction.

I have also found Stephen King’s “three types of terror” from his horror nonfiction classic Danse Macabre an indispensable resource when talking about horror in literature and film.

King divides the horrific into two distinct categories: the “gross-out” and the “horror.” King defines the gross out as the gory or wet and drippy aspects of horror. “The sight of a severed head tumbling down a flight of stairs” is his example. For King “the horror” is synonymous with the unnatural: giant insects, the walking dead, and other things that exist in fiction yet we know they shouldn’t be.

“Terror” is the category which King finds the most interesting as a reader and writer. For King, terror is not only an intense feeling of dread, but it is also mixed with the uncanny. One of King’s example’s for terror is “when you come home and notice everything you own has been taken away and replaced by an exact substitute.”

As a horror fan and an educator, I tend to separate terror from any explicitly supernatural or grotesque elements. Terror is an emotional response in the reader created by the skill and imagination of the filmmaker or the writer. It can of course be generated by the uncanny and horrific, but it does not have to be. It is not exclusive to horror. It can be found in historical dramas as young soldiers prepare to enter the battlefield. It can be found in children’s films when the heroes narrowly escape from the clutches of witches and evil princes.

What Makes a “Thriller”

The thriller and suspense film genres exist as categories separate from horror partially because they remove terror from the supernatural. When a movie creates terror with sinister espionage, dastardly acts of terrorism, or banal acts of everyday criminality there’s a good chance it will be classified in the thriller or mystery and suspense genre. The distinction between terror created by more “realistic” means versus terror created by the supernatural, theatrically grotesque, or uncanny can help us define what is and is not “horror.”

Media involving serial killers often push the boundaries between what is horror and what would more commonly be defined as a mystery. The creations of James Patterson’s paperback assembly line feature plenty of serial killers, yet they are never considered “horror.” In Patterson branded books and their adaptations, the focus is more on the mystery and the sleuthing than the grotesquerie of the killers.

For 324 episodes, the long running procedural drama Criminal Minds exposed the genteel CBS drama audience to all manner of serial murderers. Most of the time, the killers were of the more garden variety: disgruntled weirdos sending taunting messages to the FBI and police and the like. Occasionally the show would venture into the bizarre and the line between procedural drama and horror became blurred.

Horror and Terror in the Hannibal-verse

The novels and adaptations of Thomas Harris’s Hannibal Lector series provoke intense debate in the horror community over whether or not they qualify as “horror” or “thriller.” Usually if it is debatable as to whether something is horror or not, I tend to think it’s probably horror. The Hannibal franchise is mostly horror with one possible exception.

For the 1986 film Manhunter, director Michael Mann chose to tone down some of the grotesque elements from its source material, Harris’s Red Dragon. “Tooth Fairy Killer” Francis Dollarhyde is still terrifying, yet actor Tom Noonan’s understated performance and Mann’s decision to nix Dollarhyde’s William Blake inspired tattoos take away much of the character’s monstrous qualities.

Subsequent adaptations of Red Dragon (the 2002 film version and season three of the Hannibal television show) featured a tattooed, bellowing Dollarhyde more in line with the original novel. Mann’s focus is less on the villainy of Hannibal the Cannibal or Dollarhyde’s bizarre inner life and more on Will Graham and the suspense created by his hunt for the killer. Manhunter is possibly the most stylish police procedural ever made, but it is still a procedural.

Manhunter is firmly in the “Thriller” genre yet the films and television shows which followed it fall traditionally into what we would classify as “horror.”

In Silence of the Lambs, Lector’s cell looks like a Universal Monsters set and Buffalo Bill’s house would fit into any hillbilly horror film like The Texas Chainsaw Massacre or Wrong Turn. Despite winning multiple Oscars, the film often relies on the gross out much more than Mann’s 1986 thriller.

The visually stunning tv show Hannibal heightens reality much further than any other Hannibal Lector film or Harris’s original novel. The series, which featured such oddities as a corpse used as mushroom farms, vivid nightmare sequences featuring the Wendigo, and a human fetus incubated in a pig, proudly display the “Grand Guignol” tradition of horror.

The upcoming Clarice series is unable, due to legal reasons, to even mention Hannibal Lector. Will the show’s producers fill the Hannibal shaped chasm with more mundane murderers or will they have Clarice Starling investigate killers with themes and gimmicks as outlandish as Buffalo Bill or the many deviants of Hannibal? This decision will determine whether on not Clarice is a “Thriller/Mystery/Suspense” cop show or something closer to horror.

What’s the Point of Learning What the Difference Is?

Thriller and horror are sibling genres. They both use the language of film to frighten their audiences, yet one relies on terror and the very fine art or building tension. The other uses the more blunt yet extravagant tools of the bizarre and disgusting. When students of film examine the distinction between terror and horror, they gain an appreciation for the skill it takes to fill an audience with dread and to give life to our strangest nightmares.